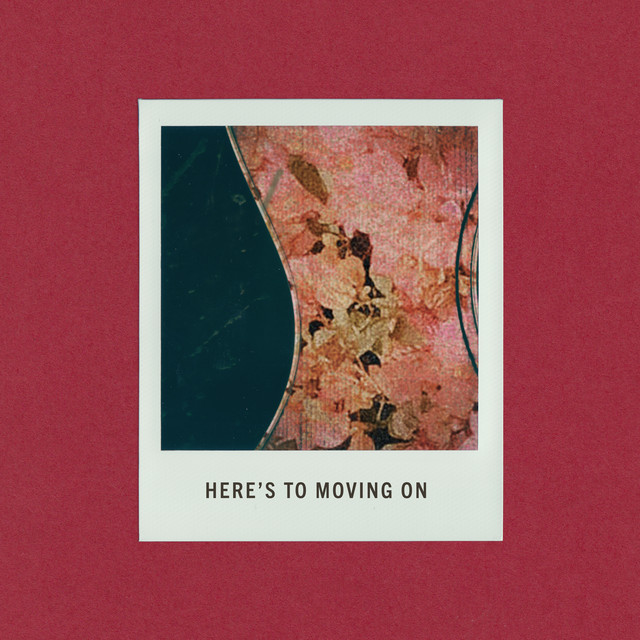 With just three weeks to go until the latest Dashboard Confessional LP hits airwaves, streaming services, and our lives, it’s only fair we give one of it’s singles the emotional, pertinent dissection and buzz-worthy attention it deserves.

Dashboard Confessional has been an emotional true north for me since The Swiss Army Romance in 2000. When Chris Carrabba’s debut came out, it helped me put names and images to the big emotions I was starting to feel, but not yet recognize. I remember driving while “Saints & Sinners” off of The Places We Have Come to Fear the Most and feeling like I had a gentle friend in the passenger seat – one of the most powerful accomplishments music can achieve. Their style evolved and expanded over the course of two decades, but one thing never changed: Carrabba’s sincerity. Though that was occasionally the target of ire, his vulnerability was what created a life-long fan base, and because of that, he was able to release a hopeful song about coming out of quarantine that doesn’t sound cloying or like false positivity. “Here’s To Moving On,” from the forthcoming All the Truth That I Can Tell feels like a step in the right direction.

Usually a Dashboard Confessional song feels like it is holding my hand through whatever I’m going through, and this is no exception. The melancholy phrasing and acoustic guitar seem to underscore the feeling of crossing the threshold of a front door for the first time in years, and after teaching on Zoom for a year-and-a-half, the tentativeness…. Well, it makes me feel less alone, and I have felt alone in new ways that were bigger than I could name. With opening lyrics like these, it’s universal: “I feel like I find something new to remind me of you all the time; a picture, a hair band, a song, or this cork from this bottle of wine / The click of the thermostat kicking off just when it’s getting to warm, the drop in the pressure, the smell in the air when it’s starting to storm / And I hate to admit its true, but I like that it hurts when I do.”

That said, it’s hard to listen to this band and not remember the context of Carrabba’s quarantine experience. In June of 2020, he had a devastating motorcycle accident that threatened paralysis at first; eventually, he would undergo several reconstructive surgeries on his badly broken and dislocated shoulders. But while the world was isolated at home, he was isolated in a hospital during the midst of a health crisis. The universal specificity of the items he lists at the beginning of the song could apply to anyone, it’s beautiful to think of how admitting that sometimes, missing someone or something is normal and grounding – two things he didn’t have the luxury of being for a long time.

It does something else that is really powerful right now: it admits that sometimes the pain of missing our “normal” lives actually feels good. I’ve felt several times the pang of missing my family or friends, and instead of turning away from the pain, I’ve pressed on it like a bruise. It has felt like if I’m in pain, maybe the people I love aren’t so far away. If hearing James Taylor or Bob Seger hurts because it reminds me of people and moments in my life, I’ve been known to turn the songs up, not off. I have liked the hurt. I’ve had to – I think we all have. But like most Dashboard Confessional songs, especially in the last five or six years, Carrabba doesn’t stay in the pain: he acknowledges that it’s a part of moving on, and, importantly, a part of hope.

The last verse, which seems to bookend the first one perfectly, starts by admitting he’s still tired and spent, but instead of repeating the lines about leaning into hurt, he sings, “It’s funny, I thought for a bit there, I’d never be able to deal / But I make some coffee, I take a shower, and I start to heal / And I hate to admit that I can, but I like how it feels that I am.” I have listened to a lot of songs about this time (and some, like Matt Sucich’s brilliant “New Normal,” hit at the same feeling: one of nostalgia and loss, but of trying to rebuild), but I haven’t heard anyone explain yet that going through the motions of normal life still feels a bit like a warm-up stretch, like we’re marking for the dance of life and not actually performing it.

Perhaps more importantly, the acknowledgement that it’s hard to admit we can get better now is unique. I told a co-worker recently that I feel like I’m still clapping on the one and the three. My students are in a classroom now, so I can hear them laugh, but they’re still masked. It feels a little bit like holding a class in the middle of the government scene in ET. It is hard to know what a path from pandemic illness to endemic illness is going to look like, but I’m healing, and I know it. I’ve started running (Poorly! Slowly!), five years out from a stroke. I’m taking a Spanish class. I’m doing future-reaching activities and hoping to feel changed. Some days, it even works.

It’s hard to admit how much I need to heal partially because the hurt and isolation was so big, so all-encompassing, that it feels like I shouldn’t be able to move on. And yet, here I am, one foot in front of the other. I cannot imagine how it feels to sing those words after a life-threatening motorcycle accident. I can say that as someone who suffered a major neurological event with my stroke that these words reminded me of something very powerful: I have been here before. I have been scared I wouldn’t heal and scared that I would, but unrecognizably.

My guess is that whether you’ve had the words to name your dread, this applies to you, too. So here’s to Dashboard Confessional: they have always stood for openness and genuine connection. (I once told my husband that I knew early on I wanted to marry him because he “kissed me like [he] meant it, and I won’t lie: I had been looking for that moment in my own life since I heard “Hands Down.”) In a time when we are all licking new wounds and nursing new scars, a song that declares life will go on and we will find a way through the darkness is almost defiant. However instead of choosing to ignore the scars, Carrabba acknowledges that the new pain and the new hope feel a little different, but it’s still something we can overcome. I’ve needed this song to know how to say what I’m feeling: like always, Dashboard Confessional delivers.

I’ve deliberately waited to share the chorus here, and with a title like “Here’s To Moving On,” you probably have some understanding of what it sounds like. Still, embracing life in all its broken glory has always sounded better when Chris Carrabba sings it, so I want to let him have the last, anthemic word.

ALL THE TRUTH THAT I CAN TELL COMES OUT ON FEBRUARY 25. LISTEN TO “HERE’S TO MOVING ON” ON ANY STREAMING SERVICE.