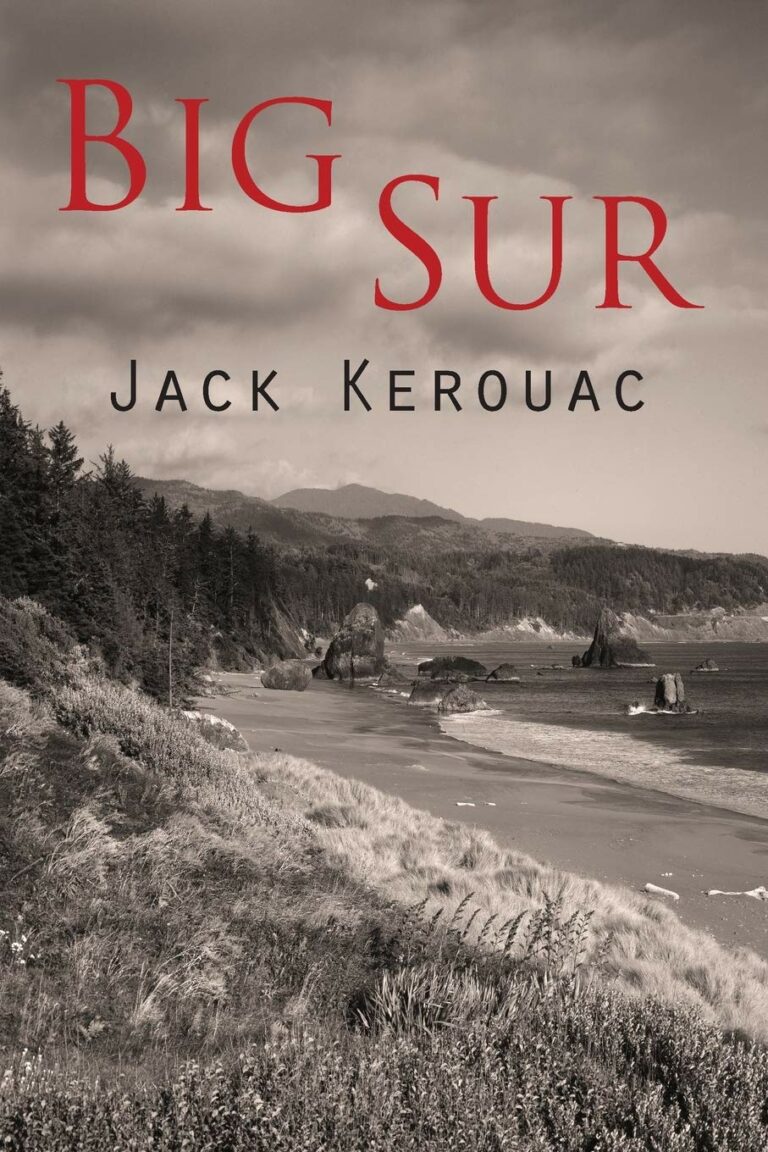 Jean-Louis Lebris de Kérouac was born on March 12, 1922, the same day, decades earlier, as my mother’s birth. This was a long-standing joke of mine for years: Both gave me life. One literal. One inspirational. It didn’t come right away with Saint Jack. His was a gradual nudging. Sure, it was immediate when I read On the Road, the same boring story that every young man told in the mid-to-late 20th century. I was 19. It was the late-winter, spring of 1982 – maybe March. I can remember first cracking it. I was at college in Trenton, New Jersey, and my friend / soon roomie, Jake Genovay, gave me a copy. Or maybe it was his twin brother, Joe. I don’t remember that. I do remember the zang! of it. It knocked me back like a gust of wind or a glancing blow. This was writing as music; strange, intangible music that had meters and melodies from places that I had not visited before; even considering my high school affections for One Flew Over the Cuckoo’s Nest and Slaughterhouse Five. Kerouac’s free-flow dance electric word boogie was as arresting as its themes in lust for the spirit of living, freedom as sacrament, and grief as promise. But it wasn’t perceptibly permanent in my maturation as a writer, so much as an evolution of being, and not just this amalgamation of youth-orientated ego-boosts – rock and roll being one of those that had the most lasting effect – but the frame of being less boy than man.

Although now thinking about it, I did not get Bob Dylan until I read On the Road, as I always equate stepping through a secret invisible door when Dylan songs began to open me up. Dylan was my gateway from monosyllabic sex-metaphors riding irresistible gut-rhythms to the insular wandering through cerebral puzzle prisms, and thus, an awakening of sorts. This is what happened to a young Robert Zimmerman discovering Woody Guthrie in 1959, a year or so after digesting Kerouac’s mad stream-of-consciousness that took the author six long years to realize. Begun in 1951, before the Federal Aid Highway Act of 1956 (the year Elvis Presley shook his ass on national TV and corrupted a generation of pimply-faced, white, middle-class, sex-crazed teenagers – one of them being Zimmerman), Kerouac’s On the Road captured the final leg of American progress that F. Scott Fitzgerald tuned to a high white note in his pristine ballad to our sins, The Great Gatsby.

By the end of the 1950s, though, when the novel was published, the idea, the plan, the geography, and the very landscape of America had been homogenized. The towns and roads Kerouac molded into lore began to fade. Our path west, a Manifest Destiny of carnage and mayhem, was complete. The American Century had arrived with a vengeance. We now drove through our past as afterthought, and Saint Jack sang its requiem.

It was this distillation of prose-tune that I came to define as the first pangs of maturity, or let’s say an emerging from youthful illusions to aging crystalline that confronted Zimmerman in 1959 and Campion in 1982, thanks to Saint Jack.

Kerouac was arguably the most famous of the Beats (with props to Allen Ginsburg and his fierce, queer, yawping siren, Howl). Beat is a generational humdrum moniker best described by Wikipedia these days as “the rejection of standard narrative values, making a spiritual quest, the exploration of American and Eastern religions, the rejection of economic materialism, explicit portrayals of the human condition, experimentation with psychedelic drugs, and sexual liberation and exploration.” But this is true of every generation. I can tell you, as a man who hails from a generation without a fancy name, it sure as hell was my truth at 19. For Kerouac, Beat meant the spiritual connotation of Beatific, while also being beaten, torn to shred, = and left to rot. And in the course of this existential tumble, there is an element of exhaustion, a lá beat.

On the Road, a book I have written about more than any other since I started this column in August of 1997, runs a course through the author’s halcyon period; a productive fuck-around in an unhinged religious and social ad hoc existence that resulted in his early New York City quadrant of novels, The Subterraneans, Doctor Sax, Tristessa, and Desolation Angels that have not had the legs of his 1959 masterpiece, but have moments, like Dylan’s “Sad Eyed Lady of the Lowlands” or Bruce Springsteen’s “Jungleland” (and pretty much everything on the Boss’s first two albums, which sound like a beatnik primer set to noisy passion). Kerouac, a confessed jazz addict and devout Catholic who off-and-on lived with his mother until his untimely but predictable early death at 47 in October of 1969, became the reluctant literary godfather of the rock era, notable for post-be-bop-aloola mind-screw lyrics and psychedelic resin that continues in some form even today. Much to his lasting chagrin, Kerouac was worshipped like hedonistic catechism by the Boomers, who would go on to dominate culture, politics, and America’s long descent (ascent) from the post-war traumas the Beats spun into gold.

Kerouac was a rambler in both life and verse. He is the sentient conundrum of the early 20th century American man – born in New England, son of immigrants, escaped to the Big City, played football for Columbia University, became a U.S. Merchant Marine, was arrested, ran away from home, and then ran from that home (the road) and searched for things beyond his grasp to find bi-sexuality, drugs, Eastern philosophy, random bouts of violence, and misogyny. The most significant being a weirdly constructed idea of First Thought/Best Thought, often contributed to him and not Allen Ginsberg, who heisted it from Gertrude Stein, a woman, who in many ways is the godmother of the Beats. No one, in any generation, save for maybe Ernest Hemingway (who learned this from Stein) or Dr. Hunter S. Thompson (who got this from Papa), understood the role of writer as icon, symbol, celebrity, and myth-maker better than Gertrude Stein. Not that Kerouac could sell this concept like his forebears; in fact he was shy, mostly drunk, incredibly conflicted about his influence, and exceedingly insecure. And that is the nugget in his writing you don’t get anywhere else – if you are a testosterone-addled, faux-cowboy, plastic-bravado dickhead like all boys, and most men, you are turned sideways by Kerouac. There is vulnerability in those early books and definitely in the cries for help in On the Road often missed at nineteen, but glaringly obvious when read in your early 30s and conveniently dismissed as claptrap, and then rediscovered in your 40s as holy scripture.

When I began writing what would become my first published book, Deep Tank Jersey, in the spring of 1995, I was just merely, and badly, aping Kerouac. I have written about this before and admitted it sheepishly in interviews over the years and with friends who care to enter the confessional. (I even came clean in the foreword to the 20th anniversary of the thing in 2016). I learned during those months to steer away from the Kerouac, as all writers in his thrall must. Although, I did read Big Sur for the first time that summer. Big Sur is my favorite of Kerouac’s work now. Because of everything I penned above, sure, but mainly for its dreamy acceptance of the escape methods used by Kerouac in life – primarily alcoholism, Buddhism, and other isms the author battled with in relative isolation in the most beautiful place in this country. It may be the most beautiful place in the world. Moreover, it is as far west as one can go in the continental United States. The Kerouac of Big Sur is the hazy vestige of the man who sought out the road in 1947 and ended up in deep contemplation and deeper depression (consolation) in the autumn of 1961, one year before I entered the human sprint – the book actually hit the shelves two days (9/11) after my mom gave me my first and most important birth (9/9) in 1962.

This brings us back ‘round again. The circle in writing is something I certainly did not learn from Kerouac. He was never linear and did not care for silly concepts like narrative or plot (when I first gave the book to my wife-to-be, she wondered aloud more than once where this thing was going), he only cared about the music of the prose, which is what anyone worth a grain of salt in this craft can hope for. Make those words dance, I like to say when I start a writing project, and when I am inevitably stuck in that writing project. It is what a generation of seekers turned into the really good music and to some extent really good writing. It would take another 1,500 words, at least, to list all the writers trying to be Kerouac over the years, so I will leave us with Big Sur and this photo I had in front of my writing desk when I worked on my first three published books – an aging, bloated Kerouac clutching his beloved cat, looking into the lens as if a man who had too many stories to tell and not enough speed, grit, pulse, and beatific allusions to get down.

Here’s to Saint Jack, who came, and saw, and made the words dance.