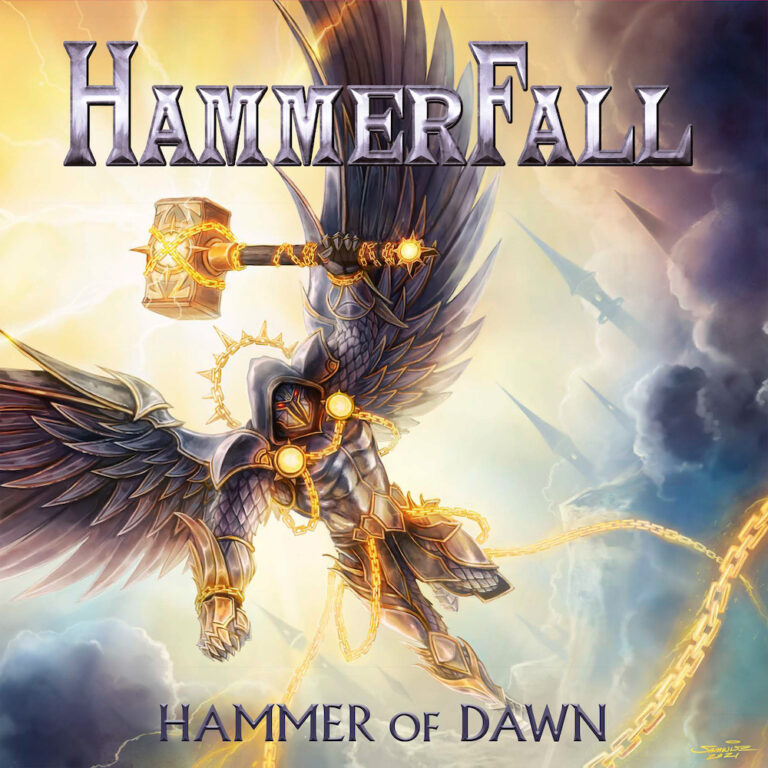 It’s been in the world a month, so why don’t we talk about it?

HammerFall’s Hammer of Dawn might have been forged in the same molten power metal cauldron they have used since their late-nineties inception, but when each of the album’s ten anthems are among the band’s best, who could complain?

It has been 40 years since the late, great Jon Zazula coined the term “Power Metal” to describe Manowar. The termed appeared in local advertisements for a show the icon was promoting at Staten Island’s long-gone Paramount Theater. Little did the metal guru realize that he had just created a metal subgenre that would evolve and spread across the world? Soon bands such as Helloween and Stratovarius sprouted up performing a European flavor of the sound.

When Sweden’s HammerFall released the classic debut, Glory to the Brave, in ’97 many assumed it was an In Flames side project, a tribute to those aforementioned genre pioneers. Yes, the members of In Flames would soon depart, but rising guitar hero Oscar Dronjak and singer Joacim Cans would continue with a revolving door of members. Since then they have released a succession of powerful, anthemic albums that have both inspired and defined the current Power Metal movement.

HammerFall’s latest, Hammer of Dawn, is a stunning departure for the band. Just joking. Unlike Forrest Gump’s proverbial box of chocolates, you always know what you’re going to get with a HammerFall disc: powerful metal riffs married with strong, clean vocals resulting in catchy anthems that beckon listeners to sing along. Yes, the band still continue to follow the same blueprint they always have, but does it matter when the results are this good? They’re not re-recording past records, but like AC/DC, you can always immediately identify a HammerFall song.

And while they continue to employ the same lyrical thesaurus as bands like Amon Amarth, Manowar and Blind Guardian (words such as “Thunder,” “Vengeance,” “Fire” and “Mercy” are overused), “Brotherhood” featuring stellar guitar work and both “Carry On” and “No Son of Odin” are just three of this powerful album’s collection of instant metal earwigs, and who could argue with that?