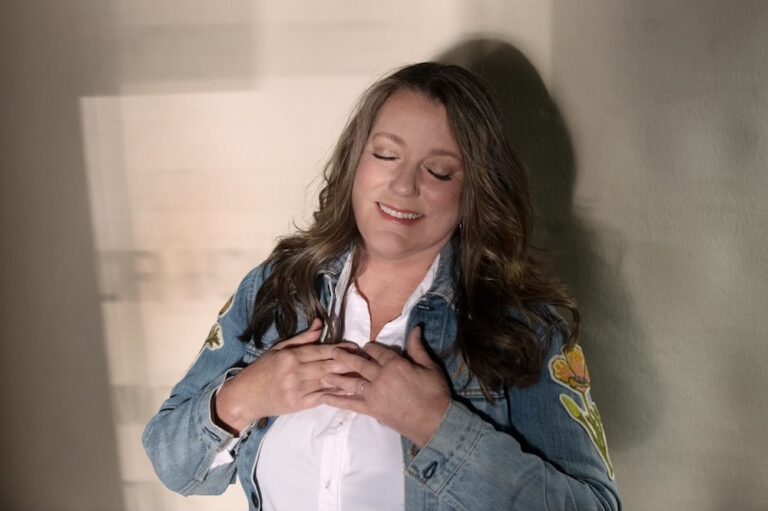 Rain Perry’s brand new LP is coming in less than 10 days and is actively setting out to be one of your most adored pieces of art from the year – which, even only a quarter into 2022, will be an easy feat with the level of love and assuduity put into it.

You’ve heard of The Beatles’ White Album, but Rain Perry is about to introduce A White Album, a collection of songs that are a winning combination of sweet, snazzy, sultry, and unbridled Southern charm. That’s on the surface, though, because diving into the record is so much more of a socially conscious and emotionally gripping narrative.

Leading up to the record release is “Melody & Jack,” a single that we are proud to be premiering for Rain Perry today and even more jazzed to be putting out into the world for the masses to seek out, soon to fall in love with. This song is mystical and real at the same time; almost quaint, for lack of a better word, telling a story that is charming. However this musical star is charming here in such a way that you are enveloped in the narrative and have your heart changed with just the lyrical content and musicality seeping into your pores. “Oh, Jack, did you mom sit down with you and have the talk that every mother of a Black son goes through?” croons the performer with glittering emotion, but an air of ease.

A master at harmonies and a heartwarming songwriter, Perry is able to layer her innate musicianship with a comforting kind of soul-baring where so you feel little pressure listening to the song, but come out on the other side of it a lighter, kinder, more sensitive person.

No matter how much time you spend dissecting each note, every intricately crafted verse, and the art surrounding the release, what you take away from it will be the same for the most casual listener. Why? Because Rain Perry is just that penetrating with just that much ease. Diving into the backstory of “Melody & Jack” only elevates what we know, or assume to know, of the goosebump-raising tale at hand. The superb singer-songwriter did detail the introspective, cherished history of the track with us, though, which is exclusive and telling in the most ‘Rain Perry’ of ways.

“My mom passed away when I was young, and many of the stories I’ve heard about her came from my grandmother. As I was writing A White Album, one stood out – a story about my mom and her group of pals in Vallejo, California, in the early 1950s, where my grandfather worked at the Mare Island Shipyard. One of the kids in my mom’s little gang of elementary school friends was Black, and one day he told my grandmother that he loved my mom and intended to marry her someday. (Jack is a pseudonym – I don’t know what his name really was.)”

Perry continues, “I always thought of it as a sweet, poignant little tale, considering the times they lived in. But as I was writing on the topic of race in America, I suddenly saw the story in a fresh light. Young Emmett Till was murdered in Mississippi in 1955, right around the same time as this story. I thought about the risk my mom’s friend unknowingly took by publicly declaring a crush on a White girl. I thought of his mother, sitting him down like all parents of Black sons have had to do, then and now, and talking to him about being careful. I was filled with affection and concern for this little boy. And this song came out.”

And we, specifically, are so glad it did. The epitome of a singer-songwriter, Rain Perry was able to convey real people, race, and years of strife in an unforgettable way and impart feelings on fans new and old in a masterful sense. You can listen to this freeing, vocally and soulfully strong song and you can will feel the truth behind it, the personal narrative and perspective, but you can also feel the rise and fall of the instrumentation that has a jazz-tinged Americana tone. This distracts and amplifies at the same time, giving way to a multi-facted single release, and, soon enough, an entire album in the same vein.

A WHITE ALBUM BY RAIN PERRY IS AVAILABLE ON APRIL 15 WHEREVER YOU LISTEN TO MUSIC! KEEP UP WITH RAIN PERRY BY CHECKING OUT HER WEBSITE!