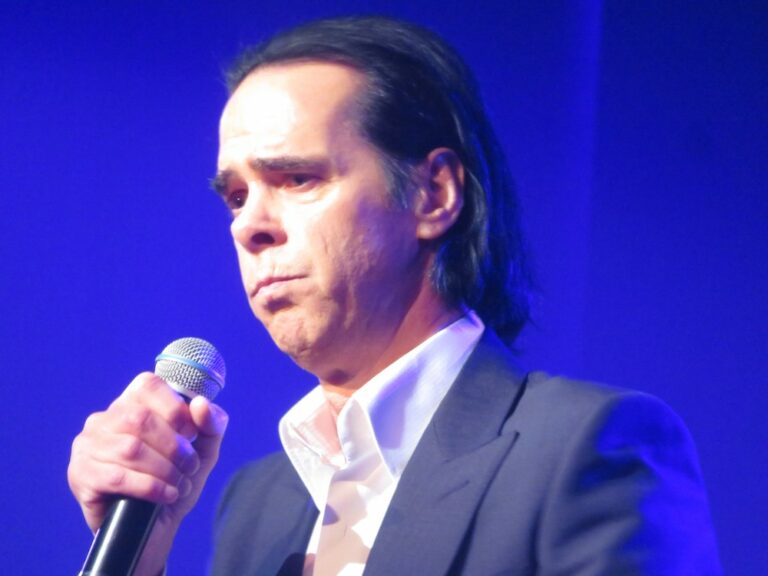 Although they have collaborated in performances and recordings for nearly 30 years, Nick Cave and Warren Ellis are co-billing at live performances for the first time in 2022. The Australian duo toured the United Kingdom and Europe last fall as Nick Cave & Warren Ellis and launched a North American tour on March 1. The tour brought the show locally for a series of four concerts, two at the Kings Theatre and two at the Beacon Theatre. The duo billing might have appeared like a miniaturization of Nick Cave & the Bad Seeds, yet it turned out to be a distinctive and possibly unique presentation of Cave’s work.

Cave has enjoyed a cult following in the United States since the British music publications began chronicling his dark and droll persona, first with the Birthday Party around 1980 and then later in Nick Cave & the Bad Seeds. In recent years, however, Cave has been reinventing his image. Cave’s teenage son died unexpectedly in 2015, and the emotionally devastated dad worked through his loss and grief in sad elegies for the Bad Seeds’ 2016 album Skeleton Tree. Cave explained at a talk and music event at the Town Hall in 2019 that this tragic life passage allowed him to become less aloof and more approachable. That same year, Cave’s reckoning of his sorrow and his search for peace in the Bad Seeds album Ghosteen revealed a lighter and more hopeful Cave. These themes were rethought and reinterpreted in the debut Cave and Ellis album, Carnage, recorded during the COVID-19 lockdown and released on February 25, 2021.

The set at the Beacon Theatre was comprised largely of songs from Cave’s latter-day reawakening period. Cave and Ellis drew from Bad Seeds material, six of the eight songs from Carnage, and a slow reworking of a T. Rex song from 1971, “Cosmic Dancer.” Cave paced the stage, periodically sitting at the piano, while Ellis usually sat at the side of the stage playing synthesizers and violin. On a riser behind them, Cave and Ellis were accompanied by multi-instrumentalist Luis Almau and a trio of backup singers, Janet Ramus, Wendi Rose, and T. Jae Cole.

Like at Bad Seeds concerts, the vast majority of the songs were slow and moody. Now void of a large band setting, the music was stark and hypnotic. Frankly, Ellis’ leadership on synthesizers was too often excessively ambient; rock fans might have begged for the crash of percussion or the jolt of a searing guitar solo during Ellis’ lengthy interludes. Ellis’ contributions gained him recurring attention, especially when he played the violin leaning far backwards in his chair and kicking his feet in the air as if he was peddling an imaginary vertical bicycle. Cave dominated the spotlight, however, his mysterious  and deep vocals effectively exposing the despair, loneliness and heartbreak in his lyrics. Even when his lyrics pointed to a more hopeful direction, they never seemed completely celebratory.

In essence, even with its close connection to the Bad Seeds catalog, the Cave and Ellis performance, precisely because of the emphasis on synthesizer, became a new and different experience. Bare and even austere, the arrangements seemed to pour off the stage to permeate the souls of the listeners rather than entertain them. Like a shaman casting a spell, Cave controlled the ebb and flow of emotions in his audience.  It will be interesting to see where Cave’s next project will take his audience.