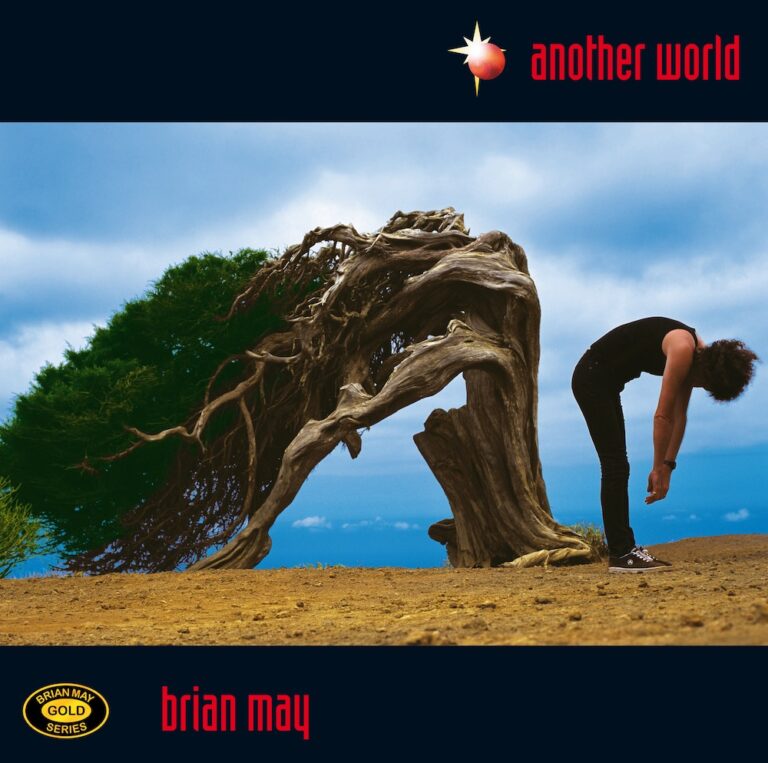 Brian May Takes Us To ‘Another World’ (Again) & It’s Glorious

When Brian May wrapped up the tour in support of his first solo album Back to the Light, he opened the door to new and exciting possibilities. “I got all these little kinds of commissions and triggers and inspirations from outside,” Brian had said, who took ownership of these “triggers” and molded them into a second solo album in his own image.

Now released as the second offering in Brian’s Gold Series reissues campaign, Another World pays vibrant, rowdy, and fully felt testimony to the legendary Queen guitarist and songwriter’s roots and reach. The album’s world-class quality is evident. He released a statement that reads in part,”To this album, historically my second solo record, we’ve applied the same loving care that we lavished on Back to the Light – repolishing and remastering but using the exact original mixes. Originally delivered 24 years ago, Another World  is now reborn just as it was originally created.”

Driven by the robust drumming courtesy of Cozy Powell, who tragically passed away prior to the album’s release, Another World is a formidable follow-up to Back to the Light. The album is full of dangerous unguarded feelings and uplift, with guests including Jeff Beck and the late, great Foo Fighters drummer Taylor Hawkins helping to stoke its fires. The album receives multi-format release April 22 along with the album’s original single release “On My Way Up.” If you listen to this reissue, you will fall in love with it all over again.

The opener, “Space,” is a celestial interlude that introduces the idea of opening up spaces in which one can breathe and create safely. It’s a nice introduction, but “Business” comes along and  blazes through your speakers. The fiery refrain can be found in other variations on Disc Two with “The Business” (Rock On Cozy Mix)” and “Business Stings” respectively. The spark remains with “China Belle,” a rollicking rocker about a lady who is ‘A Little Bit ‘o Heaven and a Whole Lotta Hell’.

“Why Don’t We Try Again” showcases May’s sensitive side. This particular track was written years earlier but he deemed it too personal for Queen. It features his vocal range with beauty and grace. If you need inspiration, you needn’t look any further than “On My Way Up.” The song is infectious and powerful. The backing vocals from the spectacular Cathy Porter and Shelley Preston only make it better.

The sci-fi scorcher, “Cyborg,” was influenced by May’s collaboration on the video games Rise Of The Robots and Rise 2: Resurrection and adopts the perspective of a robot longing to escape his skin (a metaphor for humanity’s longings for another world?) and features ballistic drums from Taylor Hawkins. This was Hawkins’ first studio session for someone else during his early days in the Foo Fighters and added an extra dash of energy. For “The Guv’nor,” another contributor makes an appearance and it’s the one and only Jeff Beck. May explains, “In our world, Jeff is ‘the guv’nor’ – the standard by which you judge yourself.” The bluesy number is a tribute to Beck and The Yardbirds. “Wilderness” takes you on an epic sojourn of sorts. I can picture myself in the midst of a safari adventure while absorbing every second of it.

After this track, tributes to such artists ranging from Larry Williams, Jimi Hendrix, and Mott the Hoople take over. “Slow Down” does the exact opposite. This barn-burner has a blazing guitar solo and will make you move too fast. “One WIsh” is an angelic rendition that would make every fan of Hendrix happy. Next, “All The Way From Memphis” is every bit as rambunctious as the original. May performs with reverence and Ian Hunter would be proud.

“Another World” returns to his original artistry with a stunning serenade. He named the album because “I traveled a lot of paths to gather all the pieces. In order to have something worthwhile for the next Brian May album, I would have to rediscover who I was. I decided to go out and do a lot of playing and open myself up for projects because I didn’t want to make another purely introspective album. I thought I would go out into the world, experience things and rediscover my roots.” It’s clear he meant what he said. The sublime instrumental, “Being On My Own” rounds out Another World (Disc One).

Disc Two begins with a deeply moving testimonial to Cozy Powell. Disc Two showcases out-of-this-world instrumentals, a Spanish sung version of “Another World,” and a series of covers he recorded under the alter ego T E Conway for Retro Rock Special, an EP previously only available to purchasers of Another World in 1998 including Buddy Holly and the Crickets’ “Maybe Baby,” The Shadows’ electric “F.B.I.” (recorded with Status Quo’s Francis Rossi and Rick Parfitt) and Conway Twitty’s immortal “It’s Only Make Believe.” The cover that caught my attention was “Hot Patootie” from the iconic Rocky Horror Show. Did Brian May know Adam Lambert would do a remake of this song and eventually become the powerhouse vocalist for Queen? Perhaps he put it out in the universe with a kind of theatrical aspect that is passionate and very Lambert-toned. Another Disc closes with “My Boy,” a heartfelt piano ballad recorded by Brian in 1980 and until now, almost unknown to the public.

On all fronts, Another World documents his personal journey, with “A different place, way across time and space” in mind, and pure emotional honesty at its core. As he explained of the record’s concept, “I hoped that by the time I got to the end of the project, I would have brought about a change in myself. I thought, ‘When the album is finished, I will have made this journey, and I will have got to this other place, and I can tell everyone how I did it’; but to be honest, I didn’t really manage it. The truth of the album is that it’s a journey which is still taking place.”

In his new liner notes, Brian notes how far we have all traveled since the album’s release in 1998, but also that the exploration feels very appropriate at this time. “It seems perhaps that in 2022 we ARE in Another World,” he writes, “but if it’s not quite the world we asked for, perhaps we can still reach that perfect world… in our dreams. JOIN ME!!!”

We will be joining him and adoring the music along the way!

BRIAN MAY’S REISSUE OF ANOTHER WORLD IS OUT NOW WHEREVER YOU LISTEN TO MUSIC! CLICK HERE FOR STREAMING AND PURCHASE OPTIONS!