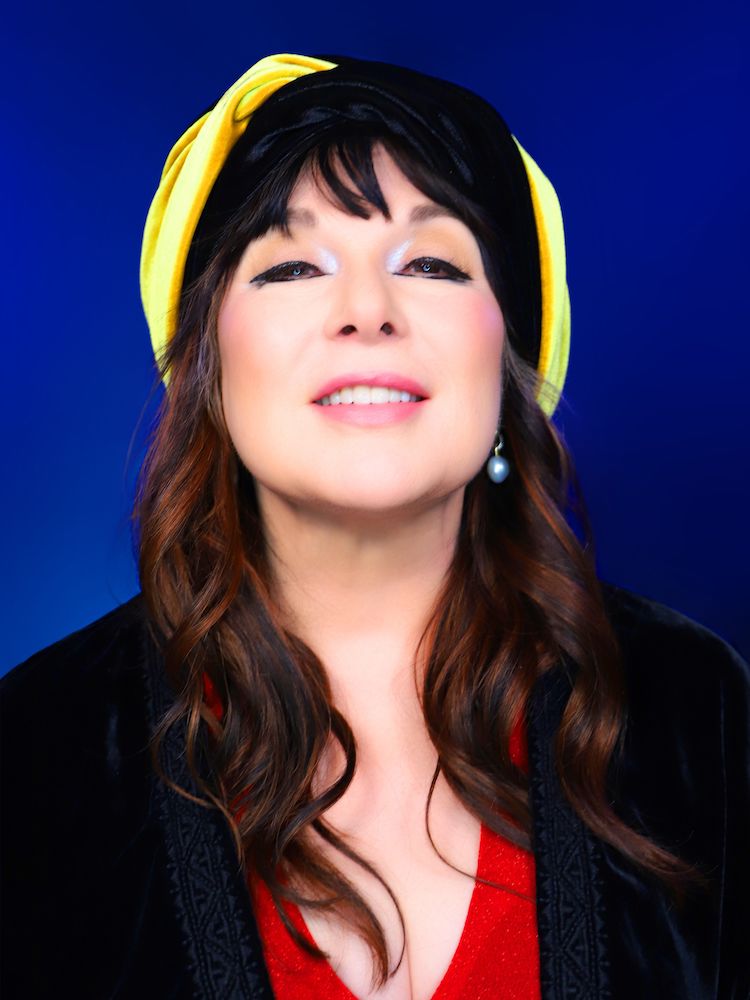 The Brilliance Behind Ann Wilson’s Bliss

As an icon, a pioneer, and a Rock and Roll Hall of Famer, Ann Wilson is – without a shadow of a doubt – someone to look up to. Her illustrious career in and out of Heart is worth celebrating and appreciating, but right now we’re zeroing in on her optimism; something that penetrates this new album of hers (out today).

For nearly five decades, Ann Wilson has been regarded as one of the most iconic singers in rock music thanks to her work with Heart, as well as her own releases, but with her latest solo album, Fierce Bliss, she has embarked on a new phase in her career.

“It’s my first outing as a major writer on an album,” Wilson explains during a recent call with The Aquarian. “In the past, I’ve written with Nancy [Wilson, Heart guitarist and Ann’s sister] and with [songwriter] Sue Ennis and other people. But this time, I mostly wrote by myself, and so I’m really proud of the lyrics and the melodies and the concepts and everything.”

The vocalist continues, “During the pandemic lockdown, I had the time to actually be still and not be on tour and just daydream – that’s what it takes for me to write. I like to put everything down and then go back and get rid of the bad stuff, rather than being scared to put anything down because it might not be good enough. That’s what kind of happens when you write with other people: you’ve got other opinions, too, so you get a little bit frozen.”

Wilson also says many of the songs she wrote “are pretty personal.”

“There are things that have happened in my life, the things I was thinking or feeling during the pandemic lockdown.” Even so, there is an uplifting quality to the material, which was deliberate: “Like we need more depressing stuff!” she exclaims.

The ultimately uplifting atmosphere in these songs also comes from the good vibes that prevailed while Wilson was creating this album. In fact, that’s what led her to title it Fierce Bliss. “The experience was just so powerful and positive, I was just looking for a way to describe that,” she says. “This has been a really cool time for me. I feel really happy and excited about the record.”

Much of Fierce Bliss was recorded at the legendary Muscle Shoals Sound Studios in Alabama, which Wilson admits “was always a bucket list thing of mine. It’s an iconic, creative space. The studio itself is really warm and welcoming. It’s got a strong creative vibe there.”

She recruited an expert team of musicians as her backing band, including guest appearances from Kenny Wayne Shepherd and Gov’t Mule frontman Warren Haynes. Still, her own distinctive sound comes across throughout. She is modest about this, though. “It’s got a lot to do with the people that I’m working with. They don’t try to muscle their way to the front. They’re there to support me. I don’t want to be the master of the music world when I’m among these incredible musicians, so I never tell them what to play. I want them to bring their souls to it.”

Wilson plans to tour North America to support this album throughout the late spring and on through the summer. While she’s excited to play some of the new songs from Fierce Bliss at those shows, she knows fans are also expecting to hear her hits with Heart such as “Magic Man,” “Barracuda,” “Crazy on You,” and “Alone,” among many others. When deciding on her set lists, Wilson says she goes with what moves her at that time.

“If some song becomes really boring and a chore to do, then I put it up on the shelf for a while,” Wilson says. “Some of the songs from the eighties, I really have a hard time getting interested in them because they didn’t have much substance then, in the context of that decade, and they have even less substance now, so I don’t really have much interest in doing things that don’t have depth and meaning to them.”

Many of the songs she’s helped to create have clearly resonated, though, as her 2013 induction (as a member of Heart) into the Rock & Roll Hall of Fame proves. She says being a musician is “a calling” that she felt compelled to do starting when she was a teenager growing up in Seattle. “It was a clear road for me – and it still is,” she tells us in earnest.

Now, five decades into her career, Wilson says she has no plans to slow down: “I don’t understand the term retirement. I think that if I physically cannot do it anymore, then I probably would find another musical outlet. I’m here on Earth to do music – I know that much.”

FIERCE BLISS IS OUT NOW WHEREVER YOU LISTEN TO MUSIC, AS WELL AS FOR PURCHASE. CLICK HERE FOR DETAILS!