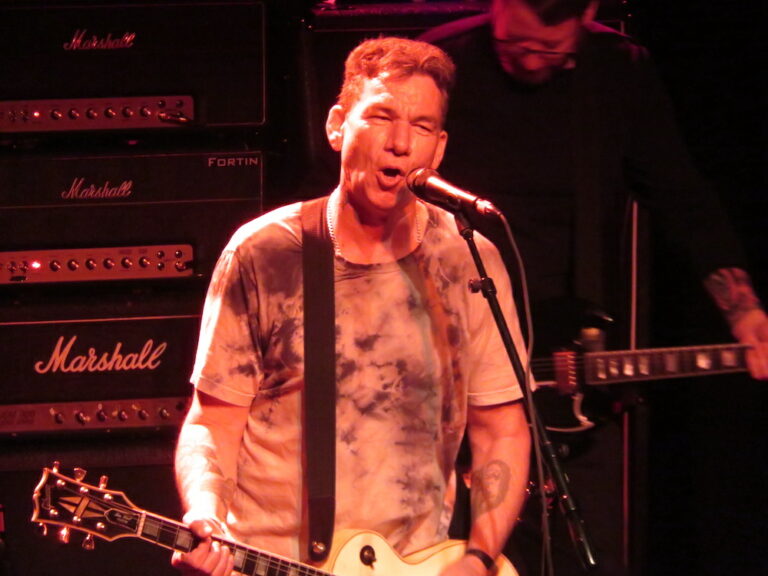 Jawbreaker was commercially unsuccessful as a punk rock band in its first life span from 1986 to 1996. Later fans came to appreciate Jawbreaker as a forerunner to the 1990s emo movement, such that Jawbreaker had developed a far stronger fan base when the band reunited in 2017. Jawbreaker headlined four nights at Irving Plaza, a string that would have been unthinkable for the band in the 20th century.

Although Jawbreaker is known as a California band, the band actually formed in New York City. Vocalist/guitarist Blake Schwarzenbach and drummer Adam Pfahler were childhood friends and high school classmates in Santa Monica, California and in 1986 moved to New York City to attend New York University. There, they decided to start a band and recruited a fellow student, bassist Chris Bauermeister. The band relocated to Los Angeles in 1987 and again to San Francisco in 1991. Schwarzenbach is the only member currently living in New York City, residing in a studio apartment in Brooklyn.

Jawbreaker’s fourth and final album, 1995’s Dear You, was a slick departure from the band’s previous three raw punk albums. This move alienated much of the band’s early following and at the time did not attract a significant new following. Frustration, disenchantment, and tension within the band, particularly between Bauermeister and Schwarzenbach, along with poverty, led to the band’s demise. After 20 years apart, and barely speaking to one another in the interim, Jawbreaker’s original lineup reunited in 2017, initially for the making of a documentary.

Jawbreaker’s 2022 tour was a belated 25th anniversary revisit to Dear You. On the first of the four nights at Irving Plaza, following bright and lively sets by the Linda Lindas, Worriers, and Chris Gethard, Jawbreaker played 11 of the 13 songs on the Dear You album, although not in order, and spaced apart by songs from the other three albums. A 12th song from Dear You, “Unlisted Track,” was on the set list and might have been played had the band not suddenly walked off stage at 11 p.m.

For much of the set, Jawbreaker added a second guitarist, who also doubled as Schwarzenbach’s guitar tech. There was something odd about the stage set-up, however. Rather than have the guitarists and bassist positioned in a straight line across the stage, Schwarsenbach’s microphone and foot pedals were several steps in front of the rest of the team, who were not only behind him but also to the far ends of the stage. Once positioned, the musicians barely moved.

Musically, the ensemble worked well together. Schwarzenbach’s vocals, lyrics and guitar chords were the axis on which all the songs spun. The overall sound was fairly typical pop punk, with a few more colorful nuances thrown in on occasion. For those who could discern the lyrics, that was where the difference laid. Even after the band’s breakup, Schwarzenbach became the poet mouthpiece for a generation of disenfranchised, disappointed and disengaged youth. Now a mature adult, is Schwarzenbach the same person as he was when he wrote those dark lyrics? The concert offered no way to know, as the band performed no new songs.

Jawbreaker delivered what it promised, a retrospective that celebrated the band’s legacy, particularly the band’s pivotal Dear You album. This works once. For Jawbreaker to be a viable band rather than a cash grab in the 21st century, Jawbreaker has to deliver on its other promise, writing and recording the follow-up to Dear You.