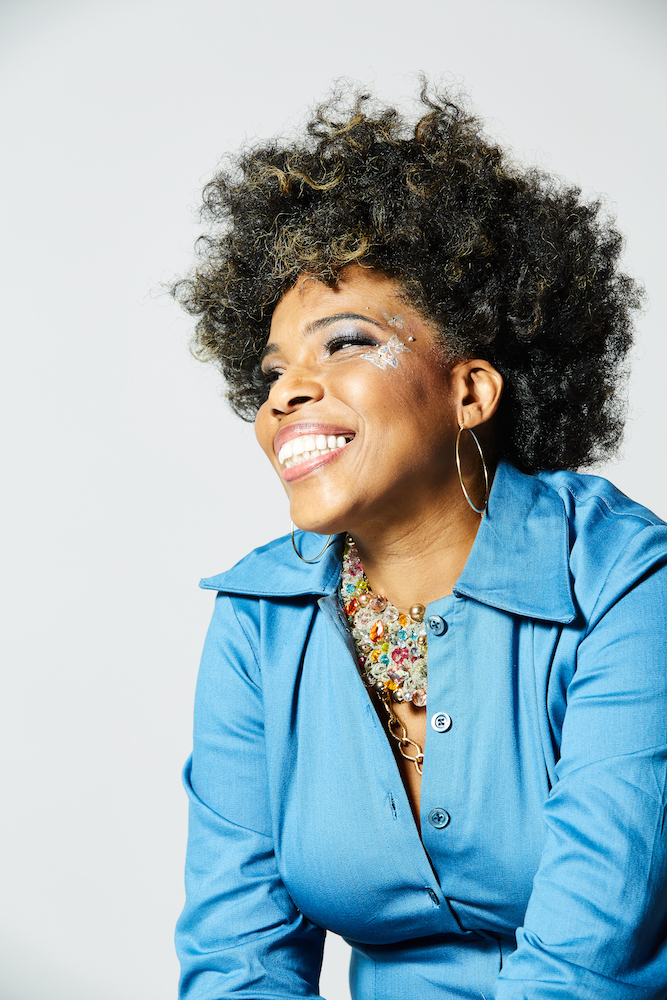 As music lovers, we are grateful to have spent the last 25 years – a quarter of a century – with Macy Gray’s superb intricacies as a jazz pop vocalist and soulful musician.

Celebrated singer Macy Gray calls from Glasgow, Scotland, where she’s in the midst of her first major tour since the COVID pandemic began. “It’s good to see everything coming back,” she says, though she adds that some people might be in too much of a rush to go out again: “I was at a bar the other day and a lady said, ‘Don’t get too close – I have COVID.’ It was like, ‘Wow, okay.’” She sighs. “So I guess that’s just how it is now.”

Still, Gray says things seem to be going well overall, and she looks forward to playing a string of shows at Blue Note in New York City from June 30 through July 3. This will mark the first time she and her band have done their own headlining shows at that legendary venue. “We’re excited – it is a huge honor.”

As for what fans will experience at one of her concerts, Gray offers an exuberant promise: “Our shows are awesome! Everybody gets sweaty and they scream and dance and sing songs. Our shows are like an adventure.”

She’ll undoubtedly perform her hits, such as “I Try,” the 1999 single that brought her massive international fame. She adds that fans can also expect to hear her latest single, “Every Night,” which was released in the spring. “Everybody really loves that song,” Gray says. “Hopefully by the time we get to the Blue Note, people will know the words and they can sing with us.”

“Every Night” features rapper Maino, as well as Gray’s touring band, the California Jet Club. “Maino is a friend of mine,” she explains. “I sent him the song, and he sent it back to me [with his part] like ten minutes later. That’s how I kind of knew it was cool because he jumped on it so fast.”

The warm reception to that song, and for her current tour, have encouraged Gray to record another full album soon. This will be Gray’s 11th studio release, and while she’s been prolific, she also says she never records anything unless she’s certain it feels right. “It’s important to me to make an album that sounds good, sonically, and the lyrics are tight,” she says. “I’ve been doing it a long time, so it wouldn’t make sense for me to not make a record like that, at this point.”

Gray set this high standard right from the start: her 1999 debut album, On How Life Is, hit the charts internationally and reached multiplatinum sales status. That album’s evocative lead single, the aforementioned “I Try,” earned Gray a Grammy for Best Female Pop Vocal Performance.

Her distinctive raspy voice is, Gray says, one of the main reasons for her success. With it, as she says, “I hit the lottery, you know?”

“When I was coming up, there was hip hop – and Whitney Houston and Mariah Carey. I knew that I didn’t do either one of those. So I think knowing that I would never be in that whole club, it gave me the freedom to do whatever I wanted because I didn’t have anything to lose. […] I don’t think anybody wakes up and says, ‘I want to be different.’ You just are or you aren’t,” Gray continues. “People who come off a bit strange, you get an automatic audience because there’s so many people that feel that way.”

The singer-songwriter’s emotive lyrics are likely another contributing reason for her continued success. “That’s one thing that’s been natural to me – I’ve always been pretty good with the pen. I got into college that way. I went to USC [University of Southern California]. I studied screenwriting. I thought I was going to be a big movie producer.” She soon realized that the structure she learned in her college courses applied to her songwriting, as well: “So when I write something, I can focus on making it go full circle, telling a whole story.”

More than two decades later, Gray is still glad she made the switch from film to a music career. “It’s where I’m supposed to be.” She urges, “I just liked it. I like being around musicians. I like the studio. I like the stage. And I like the hustle of it. I even like the bad things: all the low, creepy record executives, I get those guys, you know?” She laughs and adds, “I like what I do, so I stick with it. It’s like a bad boyfriend. No matter what he does to you, you come right back!”

Now that she’s well-established in her own career, she’s willing to share some words of wisdom with aspiring artists: “The best advice I ever got that I would pass on is, Prince told me, ‘Just always remember it’s not about you.’ And at the time I was totally full of myself, and I was like, ‘What do you mean?’ But now that I’ve been doing it a while, I understand what he was talking about. Your fans, they’ll scream your name and stuff, but they’re celebrating your music. So he was just saying, ‘Remember that they come for how you make them feel.’”

Gray will prove her skill for making her audiences feel plenty of emotions at her Blue Note shows, and she has a message for audience members who will be there: “Tell them that we’ll have fun,” she says. “We’ll have a couple of surprises. I’m looking forward to it!”