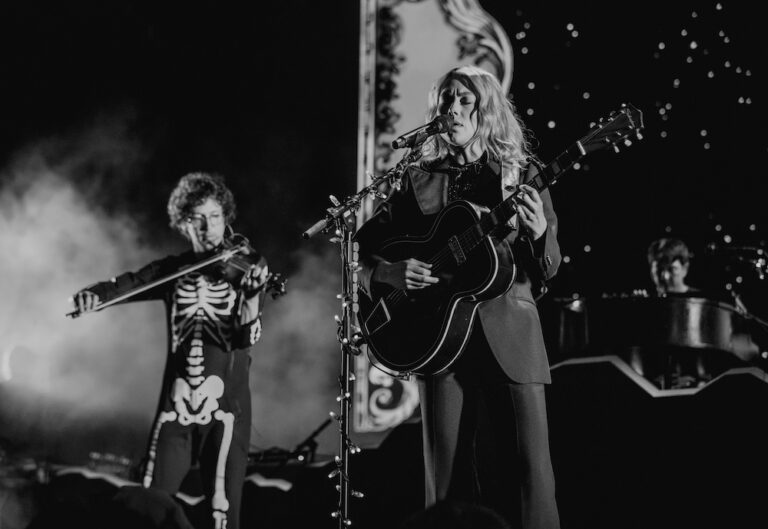 Everyday is a new day to fall head over heels for MUNA, Phoebe Bridgers, and the entire indie pop meets alt rock community of female-fronted bands.

On June 14, Phoebe Bridgers headlined with MUNA for BRIC! Celebrate Brooklyn, an event at Prospect Park Bandshell that was as rock and roll riveting as it was exceptionally emotive. The girl power was fierce, the musicianship was otherworldly, and there was confidence in the air. Being in the presence of either act – let alone both – feels powerful, gives off a magnetic and impassioned prowess. Therefore, together… Well, let’s just say that it was a colorful, harmony-driven, lyrically-savvy night that we were humbled to experience up close, personally, and beautifully with Nicole Conflenti and her camera front and center.