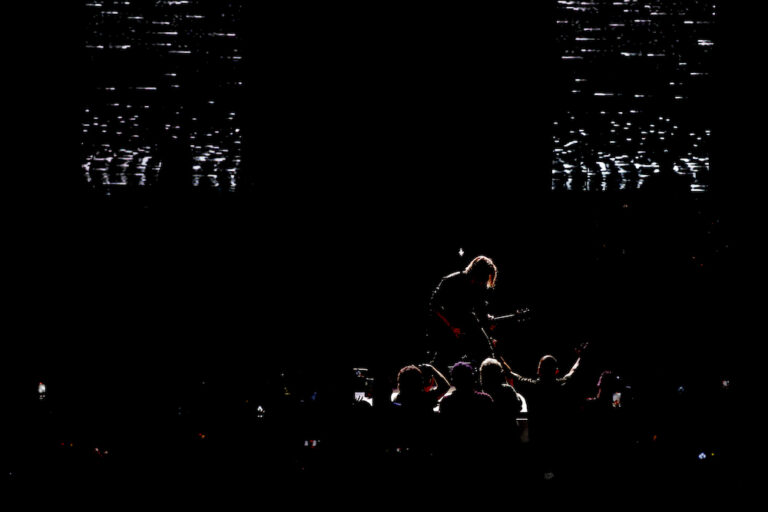 You can’t compare greatness, but you can report on it… and photograph it… and enjoy it. That’s what putting Blue October and Goo Goo Dolls on the same bill is like.

When Blue October opened for Goo Goo Dolls at PNC Bank Arts Center on August 13, nobody was prepared for the level of show-stopping art rock dazzle that they brought to the stage. For a band almost 30 years in, they are still evolving and shining – even when they know another iconic group is set to follow them. The Goo Goo Dolls have the same amount of tenacity and evoke the same eye-catching, visceral reaction from fans upon playing live. PNC experienced the vividness of it all, the joy and roar of songs new and old, and our contributor, Ehud Lazin, used his lens snapping skills to freeze it all in musical, generation-spanning time.