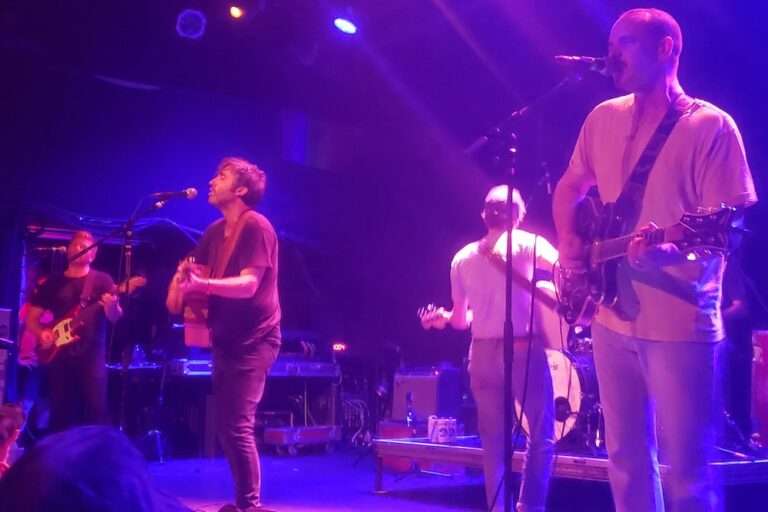 Three lead vocalists and guitarists may sound like more than necessary for a rock and roll band, but this feature seems to favor Rolling Blackouts Coastal Fever. The band formed in 2013 in Melbourne, Australia, and, from the beginning, specialized in alternating the vocalists who sang pop melodies backed with an ever-present jangly guitar base. Concentrating on uptempo rhythms, the band caught the attention of audiences seeking a high-octane indie band.

Rolling Blackouts Coastal Fever was born from an alliance of three lead vocalists and guitarists, Fran Keaney, Tom Russo, and Joe White. The band also consists of bassist Joe Russo and drummer Marcel Tussie. The bonding was organic; Keany and White are cousins, the two Russos are brothers, and Tussie and Keaney were housemates. With the release of two EPs in 2016 and 2017, Rolling Blackouts Coastal Fever became one of the leaders of Australia’s emerging DIY dolewave music scene. The band released its third and most recent album, Endless Rooms, on May 6.

Rolling Blackouts Coastal Fever’s 2022 North American tour is the band’s first since 2019. That means that the fans at the Music Hall of Williamsburg probably never had heard the band perform songs from the two most recent albums, released in 2020 and 2022. The band performed five songs from each of those two albums, plus six older songs.

The band ripped into high energy from the first note, as the tight rhythm section along the back underpinned solid grooves for the front line guitar army. Within seconds of the first song, “An Air-Conditioned Man,” the highly animated players began springing to the adrenaline-pumping rhythms, charging the atmosphere and electrifying the room. The fans in front in particular bopped along heartily and sang along euphorically. Hardly a moment went by without the majority of the audience responding bodily to the performance.

The music was sparkling with effervescent guitar chops and thumping rhythms when the triple vocal attack began. At times the lead vocal interchanges sounded like dueling vocals, while also leading to crisp, clean harmonies. Pop vocal melodies often led to gang choruses, which eventually led to extended guitar outros, giving the audience a few more minutes to bounce to the rhythms along with the musicians.

The formula seemed to be set in stone, with all the compositions constructed on driving rock rhythms, melodic guitar riffs, and predictable vocal crescendos. Some sameness was inescapable, yet that sameness became hypnotic and infectious. Rolling Blackouts Coastal Fever found their groove and exploited it to the max. Like a magnet, this is a sound that will attract a greater indie audience.