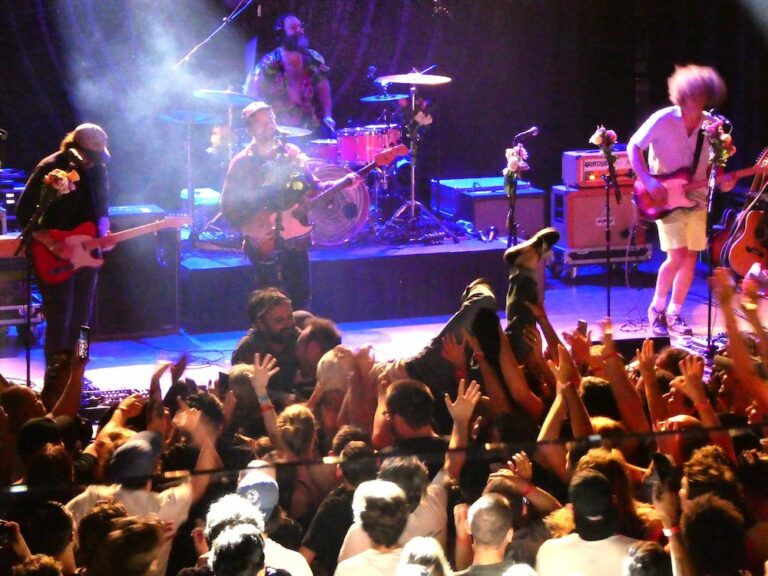 Breaking up is hard to do. MewithoutYou announced on social media in 2019 that “by the end of next year mewithoutYou will no longer be active.” The band offered a vague explanation for this unexpected development. “The reasons are numerous, but suffice to say the decision was collectively born out of honesty, respect, and love for one another.”

MewithoutYou announced a farewell tour. Like a film that leaves room at the end for a possible sequel, the band used inconclusive language which later may allow for wiggle room. “We should recognize, of course, the gesture to ‘break up the band’ as limited in significance. mewithoutYou is an abstraction, unsubstantial, and so there is nothing real to break up, or alive to die. And something of the inverse is also true: that so much of whatever we are will not end with our ‘farewell.’ So we hope not to put too fine a point on our corporate disbanding.”

MewithoutYou was born as a side project in 2000 in Philadelphia, Pennsylvania. Vocalist Aaron Weiss and his brother, guitarist Michael Weiss, were playing in another band, the Operation, and were looking to work together on songs that their original band would not use. Personnel changed a few times, yet the side project, now named mewithoutYou, became primary, and the Operation dissolved in 2002. Over the course of two decades, mewithoutYou released seven albums. The current lineup consists of the Weiss brothers, guitarist Brandon Beaver, bassist Greg Jehanian, and drummer Rickie Mazzotta.

Although mewithoutYou planned to conclude on its 20th anniversary, the band needed to postponed its farewell tour due to the pandemic shutdown, finally taking the road in 2022. These would be career-spanning performances, as the band’s most recent album, 2018’s (Untitled), was in the distant past. The retrospective set list changed a few times as the tour approached its New York City performance, as the band worked on which songs it wanted to present as its closing chapter.

The show at Irving Plaza did not start well. The musicians unintentionally overwhelmed the lead vocals to where the singing sounded like it was meant to be in the background. Meanwhile, fingers moved speedily on guitars but the leads were completely inaudible. The blaring wall of sound was unbalanced for way too long.

As much as 20 minutes may have passed before mewithoutYou was able to demonstrate what made the band unique. The audience finally heard the vocals as the lead instrument. Aaron Weiss’  vocals were spoken word on some songs and shouts on others. On the faster songs, he was the screamo in the emo. The slower songs presented him as a pensive poet.

Meanwhile, the band moderated between rocking a backup to the spoken word vocals and spotlighting its own dynamic arrangements when the singing paused. This tempered interchange between the vocalist and the musicians furthered the notion that this post-hardcore band was actually an art-rock band. A few songs featured an acoustic guitar or an accordion, leaning the band towards an indie-folk sound. With each change in direction, mewithoutYou’s performance grew increasingly engaging.

Some 20 years in, mewithoutYou may be withdrawing from the public light while at the top of its game. Maybe this will be only a pause for the musicians, an indefinite break from each other in order to later refresh and rediscover themselves. If mewithoutYou reinvents itself in a few years, the band may come back stronger and find a greater audience.

Listening Outside of the Box With NOFX