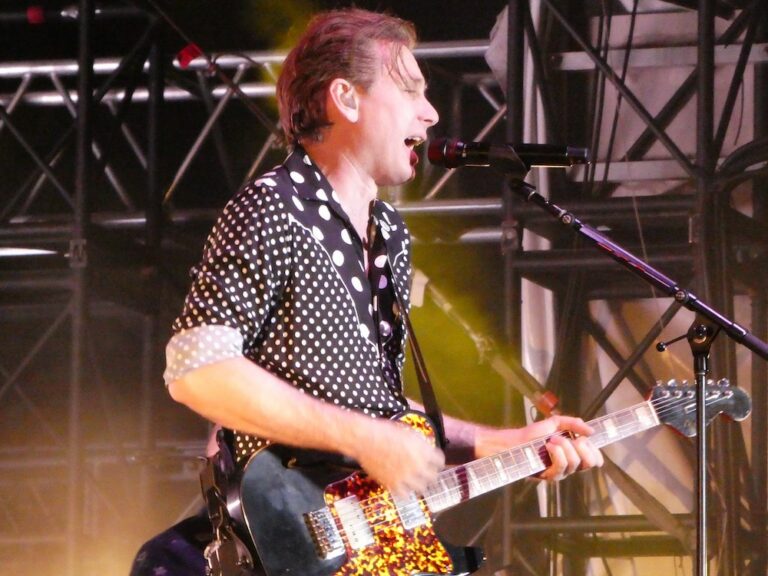 Formed in 2002 in Glasgow, Scotland, Franz Ferdinand across five studio albums also has been labeled as indie rock, post-punk revival, dance-punk, dance-rock, and art rock, all of which may be partially correct. The pop-rock-dance tag seems like the best fit, however, exhibited by the success of “Take Me Out” in 2004 and “Do You Want To” in 2005 in the United States.

Franz Ferdinand presently consists of two founding members, vocalist/guitarist Alex Kapranos and bassist Bob Hardy, along with keyboardist Julian Corrie, rhythm guitarist Dino Bardot, and drummer Audrey Tait. The band’s newest product is a greatest hits package, Hits to the Head, released on March 11. The album collected many of the band’s better-known songs, and included two new songs which the band released in advance of the album in 2021.

With no new music since 2018, Franz Ferdinand performed the concert that anyone would have expected – a retrospective celebrating the band’s 20 years. For the most part, the songs were slick, high-energy pop-rockers, given a stronger presence by Alex Kapranos’ effervescent showmanship. Kapranos’ wide-legged jumps repeatedly drew cheers from the audience.

Kapranos was in fine voice, and the well-rehearsed band played a tight support. Flourishes were added to some of the songs, including a slightly longer introduction to “Take Me Out.” The live setting made the adrenaline-pumping faster songs that much more dynamic.

Toward the end of the set, roadies brought a set of tom toms to the center of the stage. New drummer Audrey Tait moved forward to beat a rhythm. The other musicians joined her in playing percussion around the stage, even using her main drum kit. This lasted only a few moments, but gave another sparkle of flash to the concert.

Franz Ferdinand lit and maintained a spirit of enjoyment throughout its performance. The “Hits to the Head” tour was a rousing victory lap for a band whose new music output has diminished in recent years. It also was an opportunity for the fans to enjoy the band’s catalog the way it is best appreciated – live and loud.