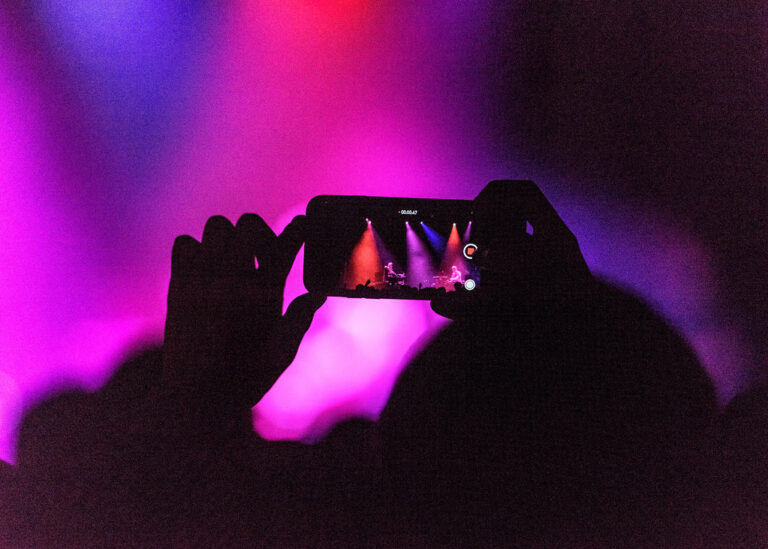 "Music - Gorgon City - Irving Plaza" by Steven Pisano is licensed under CC BY 2.0. To view a copy of this license, visit https://creativecommons.org/licenses/by/2.0/?ref=openverse.

Irving Plaza was filled just about wall-to-wall with fans of all ages and all backgrounds on August 27. The local club is no stranger to such nights, but the thrill level was on another level – even for those sold out shows. Whether it was because of the headliner’s New York roots or because a Saturday night in the Big Apple is rarely not popping, the excitement that filled Irving Plaza was boundless… and Hoodie Allen knew just what to do with it.

The pop rock rapper had a grip on his fans before he even officially began his set. He made an effort to meet every single fan ahead of the show as people were filing in from the streets of New York. (We mean streets, plural, too. There was a line wrapped around the block more than once to get into the general admission show and in hopes of being as close to the stage as humanly possible.) Although on vocal rest, Allen smiled, waved, and used animated hand gestures to communicate with the fans eager to take a photo with the star. It must be noted that his management team who helped conduct the VIPs and the free meet-and-greet were top tier, as well, accommodating everyone in attendance as smoothly as possible. Kudos!

Still, it was Hoodie Allen’s night. As the fan portion of the evening died down and the star’s performance prep began, openers Belaganas took over. The group is in the same musical vein and effortlessly took hold of the audience’s attention, which very clearly swayed some concert-goers into becoming fans of their own and active Spotify listeners. As they bounced around the stage, sang, shouted, rapped, and rocked, Belaganas proved that harnessing energy and exhibiting it so wholeheartedly is all one needs to put on a riveting show. We can’t help but think the personality-filled Allen taught them that. (Not to mention that the band’s sound is right up the alley of the beloved HoodMan’s audience.)

Hoodie Allen played a career-spanning set upon running onto the stage right as the clock struck nine. The night had already begun, but once the hits started from the now vocally-rested and evidently grateful rapper, it lit up in new ways. Not a beat was missed, not a lyric was overlooked, and not a moment was forgettable. From his stage diving while performing / surfing atop a blown-up life raft to stripping down “Stand by Me” midway through an original number (“Fame Is for Assholes”), Allen was clearly “happy again” to be out in front of some of his biggest fans, playing new hits and old favorites, and celebrating his hometown journey in and around New York. For fans of the genre-bender, lively on-stage personality, and music in general… Irving Plaza was the place to be. (Not to mention that the floors were shaking, the drinks were strong, and the production quality was as clear and vibrant as ever for the staple city venue.)