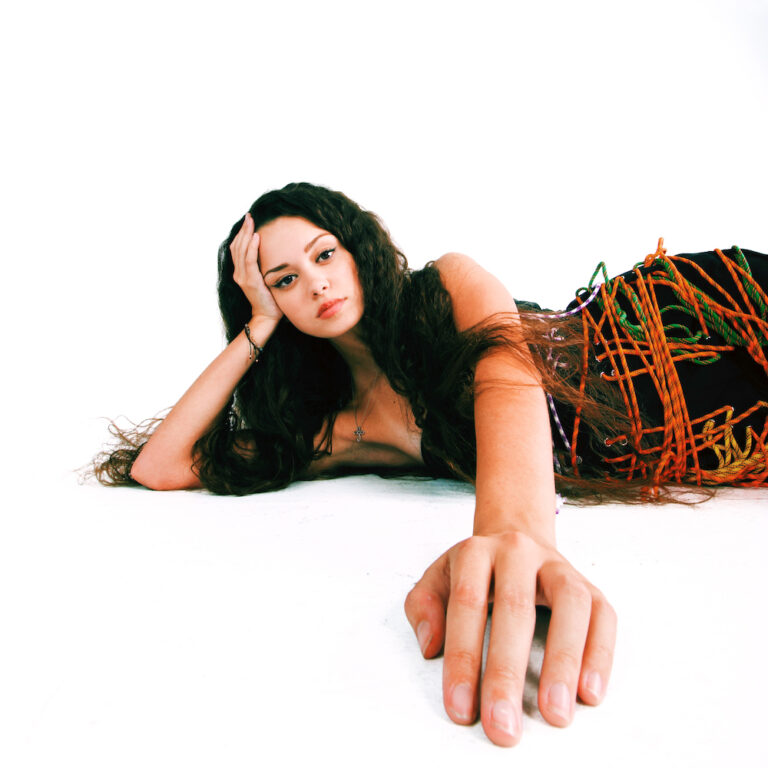 There’s a chill in the air and it’s not just the autumn wind blowing in, knocking leaves off trees in its wake. Much of this late-September coolness comes from the new kid on the block and her invigorating rock genius: Casey Bishop’s self-titled debut.

At just 17, Casey Bishop has one of the biggest, boldest, and most brazen voices in modern rock. She is wide-eyed and young – that is true. She is green and full of exuberance – another fact. She is, most importantly, determined, talented, and far from naive. There is a sassy undertone to the Florida native’s profound lyricism, which pulls on her school-aged worldliness and Aquarius nature, but also her immense diligence. This rising, creative superstar is able to balance the expanse of the industry with real teenage life; something that comes through in her releases thus far… and is felt strongly on her debut EP that drops this Wednesday, September 28.

Bishop’s genuine love for music allowed her to discover her voice – and while her homegrown talent is top notch and could easily allow her to go toe-to-toe with the Demi Lovatos and Adam Lamberts of the world, she opts to belt alongside the alt rock greats. (Think: Kurt Cobain, Amy Lee, Chris Cornell, Alanis Morissette.) This made her a standout on American Idol, the show that put her name on the map as she quickly became a fan favorite for the season, albeit one of the youngest contenders at the time, with her effervescent, indie rock charm, big voice, and fun girl-next-door persona. Making it to the final four is a stellar accomplishment, but Casey Bishop was never going to stop there. A reality competition series focused around singing? That was merely a stepping stone for this young, masterful, careful, and budding rockstar.

Why a self-titled EP? Were there names thrown around the studio and among your team or did you know right out of the gate that your debut should be the most representative of who you are and what you can do?

Yeah, honestly, I didn’t put that much thought into a name for the EP. I was thinking about the name ‘Whiplash’ for the EP, but decided it was more me to go self-titled route.

Chris Greatti produced the record and has been vital to a wide variety of modern day grunge tastemakers and classic rock lovers, such as Blame Candy, Black Veil Brides, and our friends Yungblud and Kelsy Karter. Why do you think that he was a good fit for this first project of yours?

I agree 100% that he [has had an impact]. Chris just so happened to be at my first writing session that I had ever done. I really lucked out there and we wrote a song called “Kerosene” that is going to be on the EP and I instantly fell in love with the song. I had so much fun working on it and I just wanted him on everything and wanted to continue making music with him and just felt it was a perfect match for the EP.

After hearing “Kerosene,” which is such a good song, I completely agree. That bass line is otherworldly.

Thank you! Thanks. Yes, I love it.

Speaking of people you’e worked with, Paris Carney and WILLOW [Smith] are co-writers on your single, “Don’t Talk!,” which I would be remiss to not tell you has been on constant repeat every single time I get in the car. It’s the perfect upbeat, slightly angsty, melodic, and catchy drive song. Not to mention your vocals are insane. Why was this song, in your opinion, worthy of being a single and following up the art that was “Bad Dream,” the previous single?

A song to listen to in the car – that’s what I was picturing! That is amazing. I think there was just an instant feeling when I actually started singing it during the time when we were recording it, where I thought, “This is maybe gonna be the second single.” I fell in love with singing it. Everybody fell in love with it, especially when I was recording it because I love the melodies and the lyrics. I just love the cockiness of it – I think it’s really fun. I picture people singing it when they wanna feel confident, you know? Going out, getting ready, even doing their makeup [Laughs].

Oh my gosh, I love that. Now, other than “Don’t Talk,” is there another song specifically that you are excited about fans hearing? Maybe a song that you are especially ready to bring to life for an audience once a tour is on the horizon? They’re all showstoppers, having heard the EP, so it might be heard to narrow down.

Yeah, they’re all super different. I love them all, but I just love singing “Denied.” I’m definitely really excited about that as I feel that it is the most relatable one along with “Kerosene.” They’re both heartbreak songs, sad and angry songs, but it is honestly the energy of “The Warning” that is really exciting to me because that’s the heaviest song on the EP. I think that would be crazy to do live… and “Don’t Talk!”

You’re punk. You’re pop. But you’re far from pop punk in the vein of Green Day or Mayday Parade. To me, you’re kind of like this love child of Dave Grohl and Taylor Momsen – someone with clear influences but is wholly original and recognizable. Have there been any comparisons that stumped you or surprised you?

Thank you! Oh my God – literally, honestly, what you just said right there! I’ve been told that I remind people of Fiona Apple – a huge compliment – or Gwen Stefani, too, I’m getting a lot. “Don’t Talk!” is getting a lot of the Gwen Stefani comparisons, but Fiona Apple was like the biggest, “Oh my God, thank you,” moment. Taylor Momsen, like you said, is everything and the fact that people are saying that is a huge compliment. I love The Pretty Reckless.

You and me both. We are love our friend Taylor and I’m sure she is a fan of yours – if not yet, then soon.

Oh my God, yeah! We talked one time on the phone and I was like a total fangirl. I literally was going nuts about it. We talked for a little bit and she’s amazing. She is so, so nice.

She really is. Like you, she knows what she wants to do with her music and is very much herself within it.

Yes, totally – such an inspiration.

Another artist that does that really well in everything he does is Brandon Boyd, which is someone that you’ve admired and performed with. He was just one of our digital covers! We had a really great in-depth chat with him. He’s an eloquent rockstar and he’s so personable. Because I know he is just such a kind and artistic person, what has he brought to you and your own budding career?

He has honestly always been so kind to me and supportive of me on this journey. When I was on the show [American Idol], he would message me a bunch of support. He’s so kind and so personable, like you said, and super comforting and welcoming, like everything’s gonna be fine on this path and in music. His music’s amazing, Incubus is amazing, and it’s crazy to me. He’s literally one of the nicest people I’ve ever met.

With Incubus on the mind, there’s a heavy nineties influence in your work, sound, and overarching creative direction. The seventies can be felt a whole bunch, as well. You weren’t around then, and neither was I, actually, but I’d love to know how you got into the sights and sounds of that era of music and culture.

Yeah! I discovered Fleetwood Mac when I was in seventh grade and, oh my God, I was obsessed. I’m still obsessed with Stevie Nicks, but like I was obsessed with everything she did. My mom had showed me “Dreams” and that was it. For me, I would come home from school and I’d watch videos of Stevie Nicks and Mac live shows and everything I could find. I was obsessed. Then that went into Aerosmith and then [Led] Zeppelin. Then, I discovered Nirvana. I knew Nirvana, but that [turned into] an obsession, too, and that was when I really fell in love with the nineties era of music – Alice In Chains, Soundgarden, Fiona Apple, No Doubt, and all that kind of stuff.

Spotify playlists like “not just a phase,” “cry me a river,” “girl power,” and “fresh finds rock” feature your take on big, emotive tracks and real rock songs. Did you ever think that your own music would be on specifically (and personally) curated playlists? Let alone among the likes of Avril Lavigne, Pom Pom Squad, Billie EIlish, and even Adele?

No! I lost it when I saw “Bad Dream” on “fresh finds rock.” I lost it.Then when I saw I was put on “not just a phase,” I was like, “Holy crap! The artists that are on here are some of my inspirations. Why am I on here? How am I on here?” [Laughs] I was definitely really shocked, but obviously extremely grateful, because they’re my songs… and that’s insane.

CASEY BISHOP’S SELF-TITLED, DEBUT EP IS OUT ON WEDNESDAY, SEPTEMBER 28 ON ALL DSPS! KEEP UP WITH ALL THINGS CASEY BY CHECKING OUT HER INSTAGRAM PAGE!