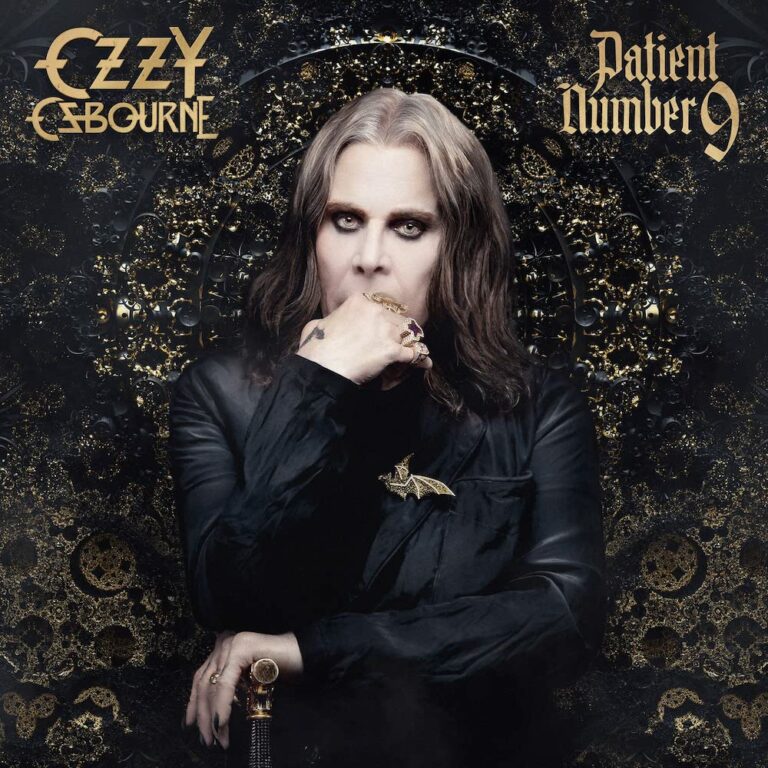 With a little help from his friends, Ozzy Osbourne has returned to his classic hard rock form on Patient Number 9.

How dare Ozzy Osbourne wait until his twilight of his solo career to release a classic; an album that is easily his best since his early recordings with the late Randy Rhoads. Admittedly, he has scored numerous hits during the last 40 years, but did anyone expect anything as strong, anything as brilliant and anything as impactful as Patient Number 9? If you said yes, you are lying. Wasn’t Ordinary Man, his previous, underrated, and under-appreciated album intended to be his unofficial swan-song? With introspective songs about his life and mortality it certainly seemed so. At times, Ordinary Man came across as his answer to Johnny Cash’s dark, somber interpretation of “Hurt.”

We just might have the epidemic to thank for this great album. The Prince of Darkness recently admitted to going bonkers during the lockdown and looking to an outlet to flex his creative muscles. And with producer, co-writer, and guitarist Andrew Watt, he did just that. (Watt also seems to have provided Ozzy with access to the fountain of youth.)

While Ordinary Man found Ozzy looking back on and contemplating his life, Patient Number 9 is a celebration of the rock icon that features a who’s who of rock ‘n’ roll royalty. The title track, for example, was co-written by Ozzy, Watt, Robert Trujillo (Metallica), and Chad Smith (Red Hot Chili Peppers), as well as featuring an inspired solo from legendary guitarist Jeff Beck.

Often guest appearances feel like ‘too many cooks in the kitchen’ with results being mediocre. Fortunately, here, the formula works. Rounding out the artists joining Ozzy on his 13th solo album are fellow rock icon Eric Clapton, Mike McCready (Pearl Jam), Duff McKagan (Guns N’ Roses), longtime sidekick Zakk Wylde, and late Foo Fighters drummer Taylor Hawkins. It is rumored that Jimmy Page was the only rock deity to turn down an opportunity to appear on the record. His loss. Even Black Sabbath guitarist Tony Iommi, for the first time on an Ozzy solo record, collaborates with the singer on a pair of songs. The resulting “No Escape from Now” and ”Degradation Rules” are both heavy enough to have been included on an actual Sabbath album.

Despite the pedigree of talent, it comes down to the music and songs such as “God Only Knows” and “Nothing Feels Right” – both of which should become massive rock radio hits. Fingers crossed.

With talk of another solo album in the works, it would appear that the hard rock greatness of Patient Number 9 will not be Ozzy Osbourne’s epitaph. If it turns out to be, however, it’s a hell of a way to go out: right on top with his first No. 1 charting album.