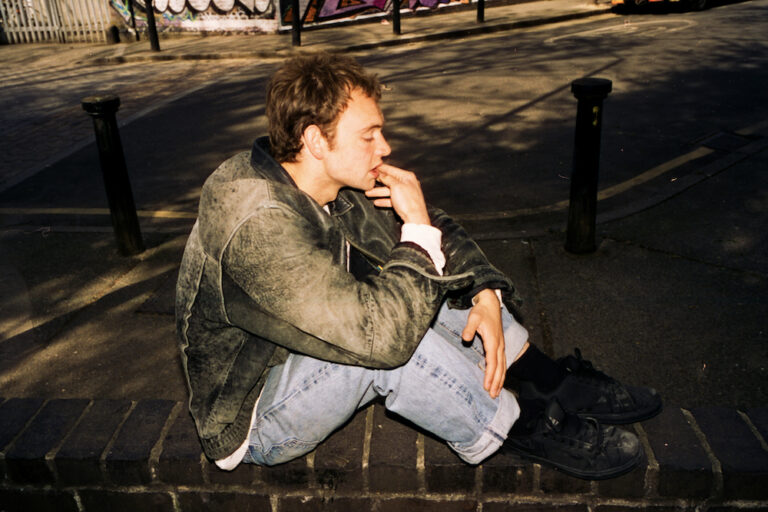 Waespi / Via The Oriel Co.

Life is short. Accept change, keep an open mind, and go with the flow. That’s the Wunderhorse way and it’s been a monumental musical experience thus far.

2022 has been a pretty eventful year for British singer/songwriter Jacob Slater. Formerly of the Dead Pretties, he is currently on tour supporting post-punk newcomers Fontaines D.C. with his new band Wunderhorse, starred in a Danny Boyle-directed Sex Pistols biopic, and releases his debut album, Cub, today. He has received acclaim from NME, Rolling Stone, and BBC 1. The Aquarian’s Ray Romanski caught up with him before his tour stop at the Stone Pony and prior to his Mercury Lounge release show on October 7. (Tickets available here!)

How are you? Where are you calling from?

I know you’re a surfer, and so am I. Good news for you, The Stone Pony where you’ll be playing supporting Fontaines DC is literally across the street from the ocean. It’s a very surfer friendly city with surf shops, great restaurants, and plenty of fun things to do. Have you ever surfed in New Jersey? Is there any chance for a pre-show paddle out?

I’ve never surfed in the States at all but I’d love to at some point. I’ve seen some great footage of surfers on the East Coast in the last couple of years, huge brown barrels in howling offshores… hats off to them.

Where did the inspiration for your stage name come from?

I was walking the dog one day and it just popped into my head.

You’ve also played Sex Pistols drummer Paul Cook in the recent Danny Boyle directed miniseries, Pistol. My first question about that: how did you prepare for the role?

I went through all the footage I could find of him being interviewed and watched a lot of their live shows, too. I also had the pleasure of meeting him a few times which was a massive help.

Are you a big fan of the Sex Pistols?

I was massively into The Pistols and The Clash when I was in my mid teens; that kind of music seems to make a lot of sense at that age.

It was really wonderful to watch someone like Danny in their element. He seems to have this childlike excitement about new ideas which is really infectious – he had everyone on set buzzing. It being my first job, I was out of my comfort zone a lot of the time, but I learned a lot.

How did you get selected to make your acting debut in this series?

Someone I knew from the music world had heard they were holding auditions and suggested I do a self-tape, so I did.

Your music is somewhere in the cross-section of folk, shoegaze, post-punk, and indie. How do you choose which elements of these genres to merge into your own sound?

I kind of just let the song sound how it wants to sound, any time I try to get in the way of that it all goes wrong.

Your debut album, Cub drops October 7. What was the writing process like?

The process changes from song to song. Some songs on the record I wrote when I was still in my teens, so I’m not even sure I remember what the process was for those ones. The later ones I would come up with an idea on my own, then take it to the other guys in the band who would add their own flavour to it and help me flesh it out.

For someone who is brand new to your solo work, or your work with the Dead Pretties, where should they start?

Is there a song you’re especially proud of?

There’s a song called “Morphine” on the album that we recorded live in the studio. For some reason, it came out sounding exactly how I’d heard it in my head which is fairly rare. I like that one a lot.

After this tour with Fontaines D.C., what’s next for Wunderhorse?

I’m going to release a solo record under my own name, then get back together with the guys in Wunderhorse to put the album together.

FOR MORE INFORMATION ON WUNDERHORSE, JACOB SLATER, AND THE SHOW AT MERCURY LOUNGE ON OCTOBER 7, CLICK HERE!