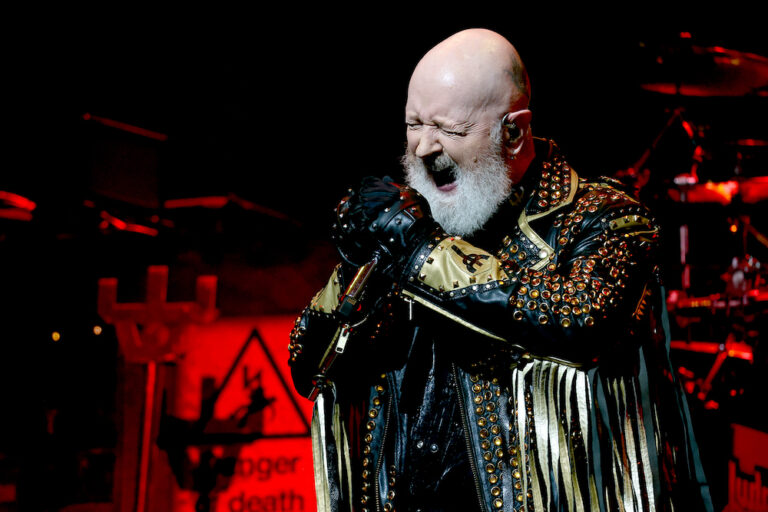 When you think of Connecticut, what do you think of? Is it heavy metal? Rock and roll legends? Hardcore guitar riffs and throaty shoats? Yeah, we didn’t think so. However, after the first night of Judas Priest’s current tour, which came to the state on October 13, your perspective might just be changed.

Oakdale Theatre holds less than 5,000 fans at a time, which allows for an immense exchange of energy between audience and act. For a band that took on upwards of 90,000 people at Live Aid in 1985, this may seem almost too small – their energy exchange being too big for such a space. What we came to discover is that an intimate show, such as at Wallingford, Connecticut’s Oakdale Theatre, let’s rock and roll flourish – everyone is on their feet, lyrics are being shouted, and not a head isn’t banging. You can see that around you, you can feel it underneath you, and you can hear it… God, you really can hear it.

Photographer Ehud Lazin approached the smaller venue and its crowded auditorium with a palpable excitement, ready to catch both Queensrÿche and Judas Priest live in such a setting. Lazin experienced the energy, the thrill, the light show, and the music on that mid-October night. He took all of that and turned around into something visual for all of our fellow metalheads, music lovers, and Aquarian readers. Check it out: