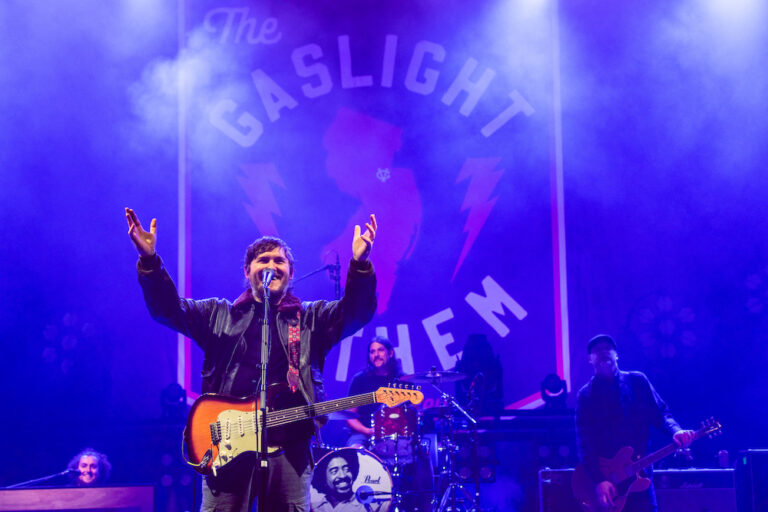 Local bands come and go, but punk rock requires diligence and The Gaslight Anthem joined the Central Jersey sector of that scene back in early 2000s. Though they’ve grown into a beloved indie rock group, their allegiance to New Jersey, love of performing, and respect for live music has never wavered.

Photographer Greg Pallante made the PNC Bank Arts Center trek in some 50 degree weather on October 8 to catch The Gaslight Anthem perform live, and while we may be biased, we think it was worth it. Jeff Rosenstock and his band kicked off the night after the sun had set over Holmdel. His whimsical punk rock spirit lit up the outdoor venue. The music was just the cherry on top of the New York native’s riveting performance ahead of The Gaslight Anthem.

The headliners followed and they came out swinging. Cool October weather be damned – The Gaslight Anthem brought warmth to every audience member with evident appreciation for their home state and Brian Fallon-led rock hits. As an alternative rock group with more than 15 years under their belt, one might not expect as much energy and passion as they had, but since their New Brunswick days, the group has been dedicated to making kickass songs that stand the test of time and showcase their musicianship. As they closed out the North American leg of their tour here in New Jersey, they proved that once more.