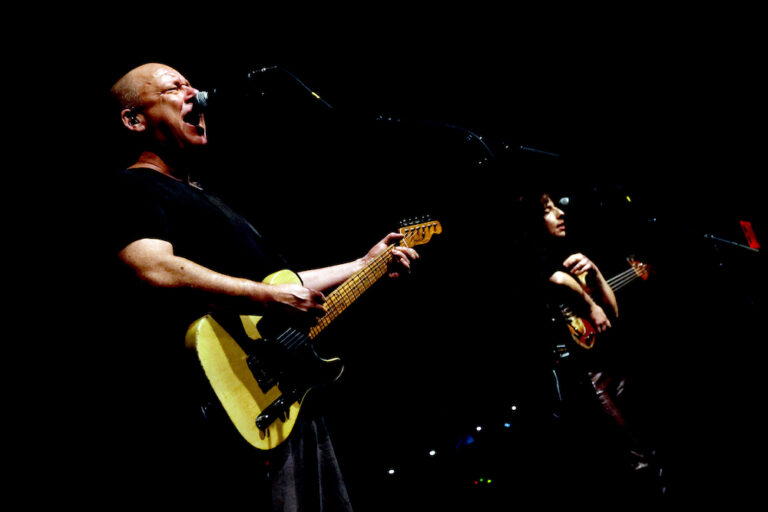 If you weren’t at Terminal 5 three weeks ago today, don’t fret. One of our most beloved photographers captured the happenings for us to live vicariously through and reminisce on.

The Pixies played 25-and-a-half songs on October 5 for a generation-spanning crowd of fans in the heart of New York City. Sir Chloe opened the show, welcomed by the Big Apple audience with open arms. With both acts, riffs filled the room and memories bounced off the walls. Ehud Lazin witnessed this, saw it all go down, and used his camera to freeze some of the night’s most memorable moments in time.