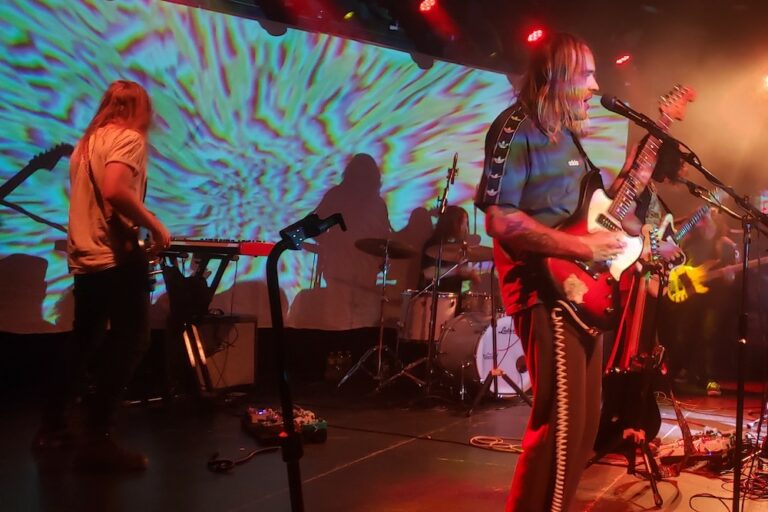 The band took the stage and launched the set with “Tally-Ho,” a speedy, heavy-bottomed headbanger with crushing drums and indecipherable lyrics. Setting a trippy mood at (le) Poisson Rouge, videos of swirling shapes and colors projected onto a screen against the back wall of the stage and onto the musicians themselves. The stage had no spotlights the projections, so the audience saw the musicians in the swirling colors of the backdrop.

McEwan sang with his hair swinging in his face for most of the show, rocking to the rhythms he created. His smooth, soothing vocals favorably contrasted the intense energy of the blistering music. Between songs, McEwan occasionally engaged the audience with improvised banter.