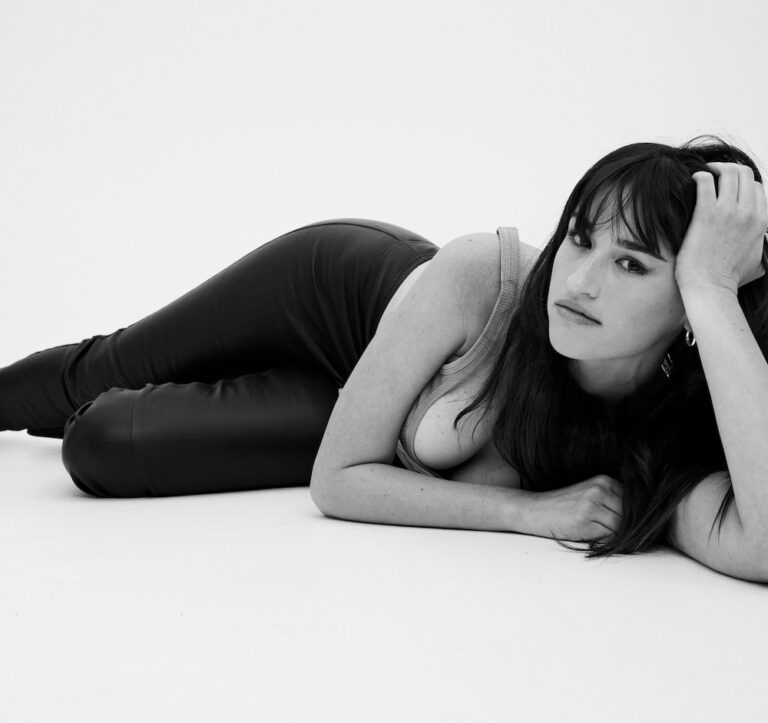 Getting Real with Rozzi – The Realest There Ever Was

An impeccable, underrated performer, Rozzi is the kind of talent you want to keep to yourself because her talent is just too real and too pure for the masses… but, alas, she’s out there, living in the here and now, with a resumé including Kelly Clarkson support and Maroon 5 duets under her belt, while releasing records that stun and shine right from the very start.

The heart, mind, and soul of Rozzi is seen, heard, and felt in her music. She injects a refreshing reality into her melodic, exceptionally timely artistry. As a singer-songwriter, fans are granted not just a powerhouse vocalist with remarkable range, but also a best friend. Because Rozzi takes center stage with her whole being, the songs are emotionally-charged and vulnerable, making you feel as though you know the starlet, can relate to her, and seek comfort in her vulnerabilities. She knows this, too, and expresses how grateful she is to be able to do such a thing for herself and those around her taking in the music she makes. It was more than worth talking to her about such a thing, as well.

I’m so excited to have it out. Not just because of how proud of it I am – which I am – but also because releasing the deluxe is really the end of one chapter and the start of another for me. It’s when these songs stop being mine and start being yours and, as someone who writes insanely personal songs, that transition is really liberating. It kind of releases me from the person I was when I wrote the songs and allows me to go be whoever I’m becoming.

There is an ambient, yet raw cover of an Alanis Morissette hit on Berry (Deluxe). How did this cover, this song choice, come about?

I am obsessed with Alanis Morissette – I always have been. I can still feel myself in the backseat of my mom’s minivan listening to the acoustic remake version of Jagged Little Pill. I started singing “Hand In My Pocket” at my live shows because I needed it. The world is kind of terrifying these days and there’s something about the timeless optimism of the lyrics that makes that song medicine for me. I felt like the rest of the world needed it too – to feel like things really would be “quite alright.” It felt so good I decided to record it as the only cover I’ve ever officially released.

There are some cool remix types and collaborative edges here, as well. Who do you hope to cross musical paths with one day, if you haven’t already?

Collaborating with Nile Rodgers and PJ Morton on this album has been a dream come true. I’m so grateful to have my name in the same sentences as theirs !! I’m a fan of so many people I would love to work with someday – Cleo Sol, Sheryl Crow, Bon Iver, Dijon – there are many, many more. I’d also love to collaborate with my friend Isabella Boylston again. She’s a principal dancer at American Ballet Theatre and we created a show together years ago that I dream of reviving.

This edition is just as searing, powerful, and sultry as the original edition, but there is some more depth with the additional tracks. Why put together this new package as opposed to, say, a few singles or even an EP?

These songs always belonged all together. That’s how I made them – to be one cohesive thing. We released them in pieces to give each song its due, but I always dreamed of this moment where they’re all together as they’re meant to be! Now they will live on forever as a snapshot of this era of my life.

You put your whole body, your whole soul, and your whole self into every performance – whether it be in the studio or on stage – and fans have experienced that time and time again. Does being an artist mean as much to you as it seems? Was it always your goal to be a sort of superstar in the singer-songwriter world? Because it feels so true to who you are.

It really means more to me than anything. I’m so intensely obsessed with singing and making music that it’s sometimes exhausting. When we were in full-on lockdown and I couldn’t perform for people in person, I felt like a sliver of myself. I was six years old when I fell in love with connecting with people – I think that’s really the goal – to connect with as many people as possible – and I’m literally incapable of stopping. I’ll try to keep connecting forever.

You’re playing the Sultan Room in NYC on November 16. Having been in many cities, on many stages, and alongside many musicians, how does the Big Apple audience and the NYC music scene compare?

I can’t wait for this show. I am going to be celebrating this release so hard!! New York is maybe my favorite place to play. I love my home of LA but there’s nothing like how committed the audiences in New York are. My last headline show in New York was in a warehouse in Tribeca and I almost cried. The audience was so fun… screaming my songs at me in a way I’ve never heard.

Rozzi is not a total household name, but you’ve been working at that for years now. If people are new to your artistry or find themselves recommending your music to someone in a social setting, which track do you think is the most all-encompassing of where you are at today as an artist?

I think this answer would change depending on the hour you ask me! Because every song is so me and so personal it’s crazy. But at this exact moment – I’d have to say the title track of the album “Berry.” It’s intimate and vulnerable and extremely close up – both in terms of how personal the lyrics are, and in terms of the music. I recorded it at my brother’s dining room table in Brooklyn. You really can’t get closer. But for whatever music I make next – I’m going to try!

THE NEW RELEASE FROM ROZZI, BERRY (DELUXE), IS OUT ON FRIDAY WHEREVER YOU LISTEN TO MUSIC! TONIGHT SHE PLAYS THE SULTAN ROOM IN NYC – FIND TICKETS HERE!