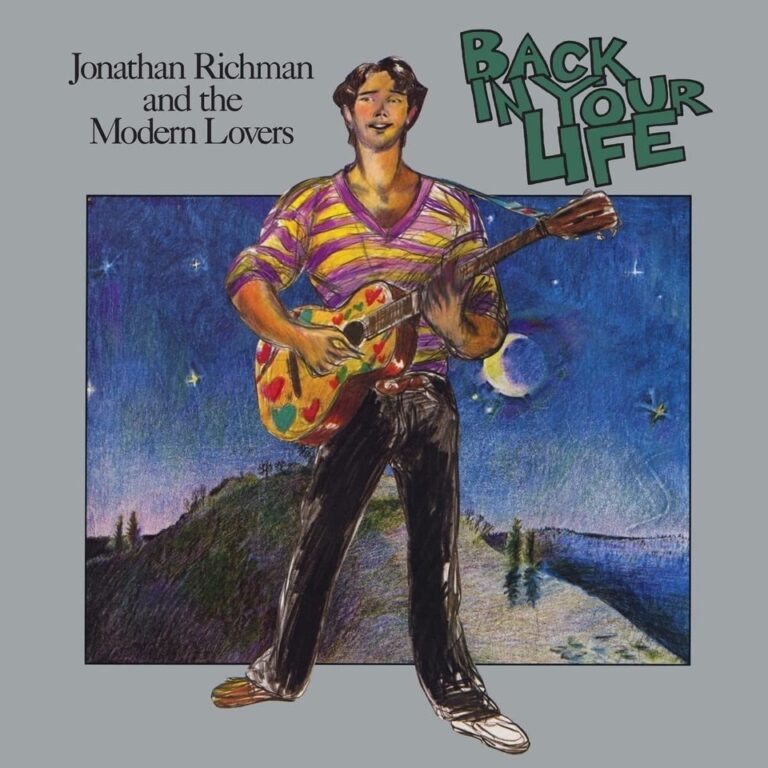 A Flurry of Reissues from the Inimitable Jonathan Richman

Jonathan Richman is an artist you’ll likely love or hate. His idiosyncratic, nasal vocals will either charm or annoy, as will his melodies and lyrics, which sometimes hint at his background as a new-wave act and Velvet Underground fan but often seem more suited to Sesame Street and Mister Rogers’ Neighborhood.

That said, yours truly is a major fan of Richman, his Modern Lovers group, and the five albums that the Omnivore label has been reissuing over the past few months. All of them originally appeared after he began moving away from his career-launching rock work, which produced such gems as “Roadrunner” with a band that included future Cars drummer David Robinson and keyboardist Jerry Harrison, who later joined Talking Heads.

On these five reissues, Richman’s songs rely more on acoustic folk and doo-wop influences and lyrically convey warmth and, at times, playful silliness. Part of what makes them work is that even when he tackles adult subjects, Richman manages to project a sense of childhood innocence that always seems genuine.

Jonathan Richman and the Modern Lovers, which first appeared in 1976, captures his diversity and charm. Love songs such as “Important in Your Life” share the program with an exuberant cover of Chuck Berry’s “Back in the U.S.A.,” a partly a cappella tribute to Richman’s native “New England,” and the quirkiest version of “Amazing Grace” you’ll ever hear. Also on the program are such wacky originals as “Abominable Snowman in the Market,” “Here Come the Martian Martians,” and “Hey There Little Insect.”

Rock ’n’ Roll with the Modern Lovers, a 1977 release, delivers more original self-penned numbers conveying preadolescent wonder, such as “Ice Cream Man” and “Roller Coaster by the Sea,” as well as a cover of the traditional “The Wheels on the Bus” and such Richman-authored novelties as “Dodge Veg-O-Matic” and “Rockin’ Rockin’ Leprecanns [sic].” Not everything here is memorable, but fans will want the album for highlights such as the a cappella reading of the traditional “Angels Watching Over Me,” the atmospheric “Summer Morning,” and the moody “Fly into the Mystery.”

Modern Lovers Live, which also first showed up in 1977, finds the group performing for an enthusiastic London audience. Richman again displays his inner child with no fewer than four self-penned songs that have “little” in their titles: “I’m a Little Airplane,” “Hey There Little Insect,” “I’m a Little Dinosaur,” and “My Little Kookenhaken.” Also featured is a likable reading of Richman’s “Ice Cream Man” (though the eight-minute version here is arguably too much of a good thing). He concludes with a performance of the aforementioned “New England” and another sweet original called “The Morning of Our Lives.”

Back in Your Life, from 1979, finds Richman backed by a new band for a program that again includes self-penned children’s songs, such as “I’m Nature’s Mosquito” and “Party in the Woods Tonight.” There are also noteworthy covers, including ones of Billy Swan’s “Lover Please”; “Buzz Buzz Buzz,” the Hollywood Flames’ 1957 R&B hit; and “Lydia,” a 1956 doo-wop song co-written and originally performed by Frankie Lymon’s brother Lewis and his group, the Teenchords, which garners a terrific, partially a cappella reading.

Finally, there’s 1982’s Jonathan Sings!, an all-originals collection where Richman’s backup includes a couple of female singers. Though there are no children’s songs per se on this disc, there is one sung in the voice of a child: the charming “Not Yet Three.” And Richman is as lighthearted and idiosyncratic as ever on numbers like “Give Paris Another Chance” and “That Summer Feeling,” an evocative ode to the days “when the Oldsmobile has got the top down.”

Jonathan Sings! is the last of the Omnivore reissues, at least for now, but if you want more, you can seek out Modern Lovers 88, a recent digital- and vinyl-only reissue on the Concord label of an excellent 1987 album. This acoustic set, which finds Richman backed by just a drummer and a guitarist, includes a cover of “The Theme from Moulin Rouge” that sounds like a lullaby plus 10 mostly upbeat, early-rock-influenced originals with titles like “Dancin’ Late at Night,” “Gail Loves Me” (an apparent reference to Richman’s then-wife), and “California Desert Party.” Like all the Omnivore reissues, this set clocks in at just over 30 minutes – short but sweet.

Dolly Parton, Diamonds & Rhinestones: The Greatest Hits Collection. Dolly Parton has scored so many hits in her long career that even with 23 tracks, this anthology doesn’t come close to being comprehensive. It omits more than half of her Top 40 country hits and even some chart-toppers. Still, most of the essentials are here.

The compilers wisely opted to focus on 1970s material, when Parton’s quavering vocals were front and center. The set’s 12 numbers from that decade include such enduring originals as “Jolene,” “Coat of Many Colors,” and “I Will Always Love You.” There are also five tracks from the 1980s, among them two that topped the pop charts: “9 to 5,” the theme from the film of the same name, and the Bee Gees–authored “Islands in the Stream,” a duet with Kenny Rogers. The remaining six selections, which are more recent, include a version of “Silver Threads and Golden Needles” that finds Parton singing harmony with two other country music giants: Loretta Lynn and Tammy Wynette.

Much of the material from the last few decades strikes this listener as shlocky and overproduced, but there’s no denying Parton’s vocal talents or her songwriting prowess, both of which are on display here. If you’re a fan, this is as good a one-volume summary as you’ll find.

The Smithereens, Christmas with the Smithereens. A cover blurb proclaims that “the Smithereens reinvent the Christmas album and turn the genre completely upside down” on this LP. That’s an overstatement, but the record—which first appeared in 2007 and is being reissued now on vinyl – nevertheless ranks with rock’s best holiday-season releases, thanks to the Smithereens’ exuberant deliveries and some inspired, off-the-beaten-path song choices.

Among the contents: “Merry Christmas (I Don’t Want to Fight Tonight),” from the similarly styled Ramones; Pete Townshend’s “Christmas,” from the Who’s Tommy; and “Christmas Time Is Here Again,” a Beatles number drawn from one of the entertaining holiday releases that the Fab Four recorded each year just for fan-club members. Also here are three Smithereens originals, including the nostalgic album opener, “Waking Up on Christmas Morning.”

The well-produced and -arranged original LP finds the late jazz/pop singer embracing contemporary material like Leon Russell and Bonnie Bramlett’s “Superstar” (the Carpenters hit), Leslie Duncan’s “Love Song” (which Elton John popularized), and Russell’s “A Song for You” as well as American Songbook standards like Sammy Fain and Irving Kahal’s “I’ll Be Seeing You” and Mack Gordon and Harry Warren’s “The More I See You.” The new edition, which includes extensive liner notes, adds a non-album single, a session outtake, and alternate versions of five of the 1972 LP’s tracks.

Fredrik Lundin and Odense Jazz Orchestra, It Takes All Kinds to Make a World. Danish jazz saxophonist, composer, and bandleader Fredrick Lundin teamed up for this recording with the 18-member Odense Jazz Orchestra, which includes a large brass section (saxes, trumpets, trombones) as well as such instruments as clarinet, piano, guitar, synthesizer, drums, dobro, lap steel, and accordion. Lundin – who also plays flute and whose other gigs include co-leading the adventurous Tone of Voice Orchestra – composed and arranged all the music.

A press release suggests that this avant-garde record addresses many of the “issues and conflicts plaguing our world today.” You might or might not glean that from this all-instrumental material, but you’re bound to be enthralled by these richly textured and consistently satisfying performances, which prove Lundin to be just as impressive as a composer as he is on tenor and soprano sax.