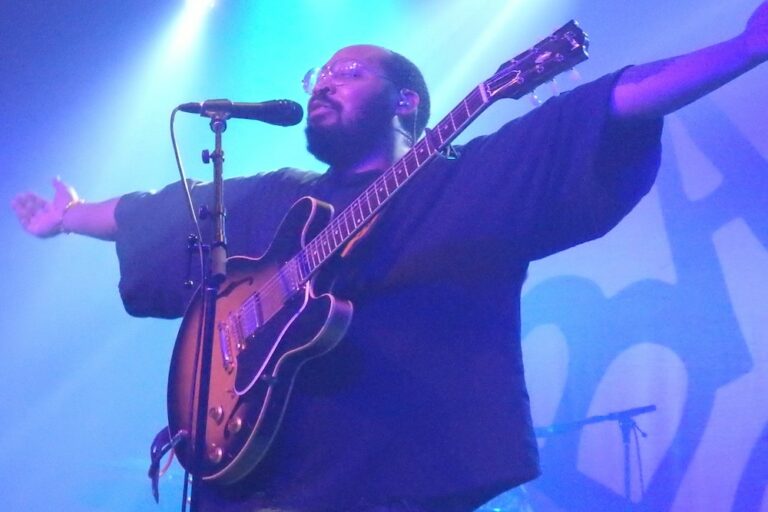 Bartees Strange (born Bartees Leon Cox Jr.) may have some music for everyone’s tastes. He melds hard rock, hip hop, indie rock, pop, rhythm & blues, and jazz – frequently within the same song. He also writes interesting lyrics and has a strong vocal delivery. Strange may become the new “it” musician for 2023.

Strange was born in Ipswich, England, to a military father and opera-singer mother. The family moved from England to Germany, Greenland and ultimately to various states within the US. When he was 12 years old, the family settled in Mustang, Oklahoma. As a young adult, he moved to New York City. He currently resides in Washington, D.C..

Strange played in a Brooklyn-based post-hardcore band, Stay Inside, from 2016 to 2018. In 2017, under the name Bartees & the Strange Fruit, he released Magic Boy, an acoustic folk EP. In 2020, Strange re-imagined five songs by the National and recorded them for an EP entitled Say Goodbye to Pretty Boy. He released his first album of original music, Live Forever, in 2020. Strange’s second and most current album is Farm to Table, released this year on June 17.

At the Hall at Elsewhere, Strange’s innovative repertoire ranged from candle-lit electro-pop and chill rhythm and blues to blaring indie rock. Never for one minute did his music sit comfortably in one genre. Every arrangement combined an eclectic and complex blend of musical influences. Strange alternated between strumming an electric guitar and finger-picking an acoustic guitar; he also played bass for a short while.

Strange’s vocal delivery was equally compelling. Earthy and passionate, his singing came packed with a sense of urgency and vulnerability. Curiously, the musicians often powered the songs while Strange sang and other times simmered while waiting for the bridge. His emotional projection served as an invitation to dwell on his lyrics. Some of the songs were topical and riveting, inspired by recent events like the Black Lives Matter movement.

Due to the unusual complexity of his arrangements, audiences might not get an immediate grip on the music of Bartees Strange. His sound does not fall easily into familiar categories. Strange might be an acquired taste for the casual listener, but his magnetic music is impressive enough to captivate fully those who invest in listening attentively.