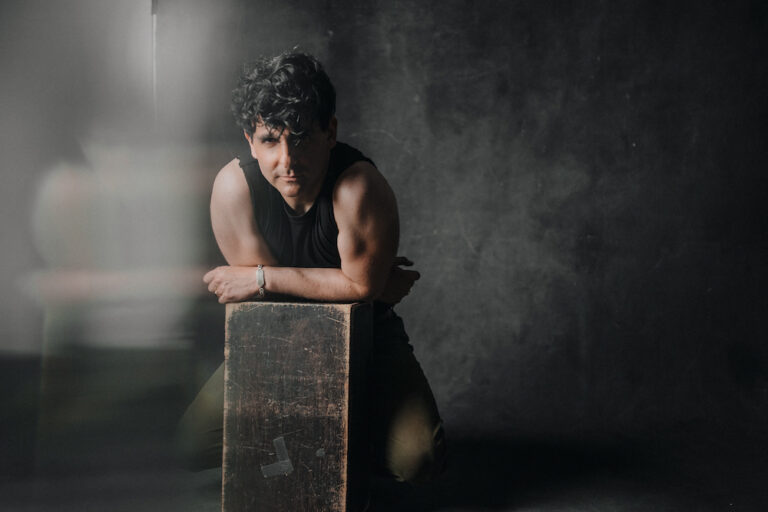 They’re never not playing live. They’re always doing something new, talking to someone about something that is just as riveting of a subject as it is a conversation. They’re friends of ours and a favorite of tri-staters and beyond. They are Low Cut Connie.

Adam Weiner is one of the greats. No doubt about it. He is a purveyor of positivity; amplifying voices, entertaining the masses, and cultivating harmony (literally and figuratively) is what he does best. There’s a reason The New Yorker named him ‘Pandemic Person of the Year’ for his Tough Cookies livestream, which features discussions, performances, and camaraderie in every show without fail. As Low Cut Connie, on stage and off, he highlights all of that and more – including, but not limited to, paying homage to the working artists and celebrating the culture of the Garden State.

Since its inception, Low Cut Connie has been on a mission to groove. The music is groovy, the fans are even groovier, and the memories made are the grooviest. Just a a handful of days ago a couple got engaged at their show. That’s right, among all the dancing, jamming, rocking, rolling, singing, and shvitzing, someone got down on one knee. As we discussed in the following conversation with Adam Weiner, Low Cut Connie is more and more frequently becoming as the soundtrack to people’s lives thanks to their joyous, memorable, intimate, piano-driven, and oh-so-groovy tunes.

The first thing I wanna talk about is the Stone Pony Show this past weekend, which was the second sold out extravaganza back at this time of year. Can you tell us about the show and what you loved about this one?

It was really cool. It was really powerful. It was the first time we did this: a Low Cut Connie and Friends thing. We had some really cool guests – my pal Bettye Lavette kind of stole the show – my friends Steve Forbert and Anthony AKA Remember Jones were there and my buddy Danny Clinch played some harmonica. It was just a cool thing that we started doing, having guest artists kind of be surprises on the bill. We did one in Philly a few months ago where we had a whole parade of guests and that was so fun, so this was really cool. I hope this becomes like an annual event… and it very well may because clearly there was an appetite for it. Mostly, though, it was just the fact that we found out that last year’s show wasn’t a fluke, you know? That was our big comeback during those big comeback shows last year. You never know on an off year how it’s gonna go, but it was pretty amazing, and now here we are again.

It was. And it goes to show that, as you mentioned, there’s an appetite. People are gravitating towards these truly immersive, riveting live shows that you put on. I think around this time of year, too, and in such an intimate venue, it really amplifies the idea of what live music can be and that community that it fosters.

Yes, I agree. Before I did the show at The Stone Pony, I was over at the Danny Clinch Transparent Gallery doing a little interview for SiriusXM. I met a bunch of ‘tough cookies,’ these hardcore Low Cut Connie fans – one couple flew in from Canada, a couple people flew in from Chicago. I was like, “Good God, people are crazy!” [Laughs] Then I went and did this meet and greet for the charity called Fulfill and met all these other people. One gentleman was like, “I want to propose to my girlfriend on stage, can we make this happen?” I was just like, “Man, this is so cool that we’re building these relationships.” We’ve had people play us at their weddings. We’ve had Low Cut Connie songs in the room with newborns and songs played at funerals, unfortunately. Iit’s just an amazing way to go through life with music.

The impact there is beyond evident. Having experienced LCC for years, it is so obviously growing. People are sharing the music, as you mentioned, with loved ones, but they’re also making memories to the music. That’s something that is extremely special: soundtracking moments and lives.

Yes. The funniest thing is, a few years ago when I first got signed to my booking agency, we had this big meeting. Now, we had been completely DIY up to that point, but the people at William Morris Agency were like, “The thing that we like is that we’ve seen you a few times and when you go look at the line outside of the venue before the show, you have no idea who’s playing inside.” You know, if you go to see most artists, you can look at the demographic of the line and get a sense of what the music is. They were like, “Your crowd is such a strange mix. There are parents that bring their kids and there are kids that bring their parents. There’s a big population that really likes your music and people from all walks of life come out. It’s just a weird mix.” And I think people really appreciate that once they get in the room: a potent mix of people.

For sure. The diversity is through the roof. Low Cut Connie has also made it very clear that you are all peers with the audience – not above them in any way. You really embrace them and make them one with you and the music at the shows.

I think you do that on stage, through Tough Cookies, and online. I think you do it through the albums. You promote this idea of musicianship and honesty and blur all lines while also checking all boxes. It’s been that way with you guys since the start.

Well, thank you so much. I appreciate that. Now, we do have a new album and a movie coming next year. […] Actually, in the shows that we just did, I played a lot of the new songs.

How do you think they resonated and went over with the fans?

We’re going to have two singles coming out and one of them is called “Don’t Get Fresh With Me.” We did it past weekend and by the second chorus, everybody was singing along. I think they thought they’d heard it before, but they definitely had not!

Oh, I love that. How cool of a moment. Earlier you mentioned Danny Clinch and the Transparent Clinch Gallery, which is where you are playing on Thursday. You know, Adam, I love that location, and I love Asbury Park, The Stone Pony, and all of the culture and community that has been blossoming beautifully around there. Recently you mentioned that Asbury Park has become like a second home to you. We know you love Philadelphia, South Philly, but what about the Jersey Shore and Asbury Park, places like the Gallery and the Pony, is drawing you in as a musician and as a person?

Well, my original stomping grounds are Jersey, you know. I’ve lived in Philly for a while, but I grew up in South Jersey. I went to high school there – Cherry Hill East. My family lives in Marton. I’m Jersey from like top to bottom. I moved from New Jersey to New York City when I was 18 to go to school and I lived there for years, but I eventually found my way to Philly which is sort of where the band planted a flagpole and really grew. However, Debra, I am a Jersey guy. I grew up in New Jersey and my whole personality is so Jersey [Laughs]. It’s just a certain culture that you know all about that gets in your bloodstream for better or for worse.

I used to go see shows in Asbury Park in high school and in my twenties and stuff, because it was like Asbury was this sort of mythic place. It’s funny how people from around the world – truly from around the world – make these pilgrimages to this little town. Bruce [Springsteen] has his resonance globally, but so do The Beatles and there are still huge Beatles fans from around the world that are like, “One time I have to go to Liverpool.” If you’re an Elvis person, you gotta go to Memphis, go to Graceland. People have to take a trip to the Apollo Theater for James Brown – go to Motown. The Stone Pony, though, and Asbury Park in general, has that mythical aura to it thanks to Bruce. I grew up not far away and it definitely had that resonance, but it was at a time when Asbury was doing pretty poorly. This made it even more mythic to me because I love things that are kind of dated, you know? That’s what a lot of my new album is about: things that used to be. That’s why I spend a lot of time in Atlantic City. We did a show in Atlantic City in August or September, because it’s like, to me, such a mythic place. I grew up spending all my summers there and it’s like… some things are getting better, but most things are not getting better there. I find that very interesting.

As Asbury has exploded, what Danny Clinch and his team have done with his gallery is just unbelievable. I don’t know if they realize that they’ve created a cultural hub, but they certainly have.

Asbury has become like a second home because we did a series of shows there starting in around 2014, I’d say, when we played to about 25 people at the Wonder Bar. There was something about the show at the Wonder Bar with those 25 people that was special. Then we did a show at The Saint where I looked at the people and said, “You know what? I bet five years from now, this is gonna explode.” There was just something about it [Laughs] and the way that people reacted. Then we did a show at the Wonder Bar with my friend Nicole Atkins that was just so explosive. Not that long after that we did Sea.Hear.Now.  Festival and I think that sort of sealed the deal, because from then on we’ve been selling out shows in Asbury. Now, listen, Debra – it was, of course, getting to do that event last year in Asbury Park with Bruce Springsteen and Little Steven together that was like getting blessed by the Pope, the Pope of Asbury, that made me feel like I’m sort of in the club now.

That’s a stamp of approval if I’ve ever seen one, not to mention an exhilarating full circle moment for you and those 25 people at the Wonder Bar show.

I really gravitate towards places in America and in the world that have a live music culture and, in some cases, economy. For example, Austin, Texas – a big part of their local culture is live music. We’ve always had great shows there. Minneapolis, the Twin Cities, has such a good live music culture and that’s one of our biggest markets. Similarly, in Asbury, the local culture is all about live music. People show up to our shows there with an expectation that this is gonna be a great night, you know? It’s just easy to work with the audience and give them what they want and make something magic happen when they’re coming in with that sort of attitude.

FOR CONCERT TICKETS AND INFORMATION ON ALL THINGS LOW CUT CONNIE, CLICK HERE!