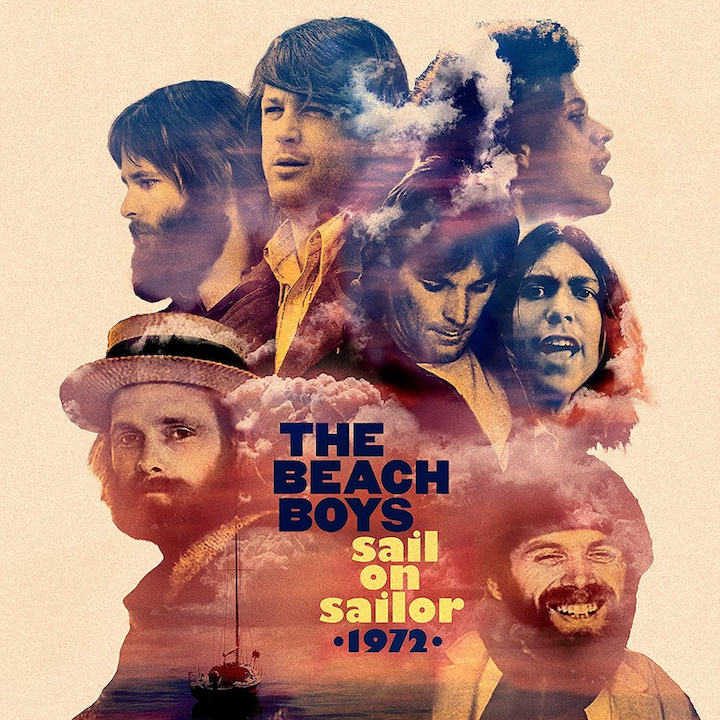 On The Record: A Hot Concert Highlights the Beach Boys’ ‘Sail On Sailor – 1972’

When the Beach Boys recorded most of the music that appears on the new Sail On Sailor – 1972 box set, they were at a turning point. They had not had a Top 10 hit in six years, since 1966’s chart-topping “Good Vibrations.” Moreover, Brian Wilson – who had co-written that song and composed or co-authored nearly all their best material – was no longer doing much writing, nor was he touring with the group. Meanwhile, Bruce Johnston, who’d joined the Beach Boys in 1965, had left, and drummer Ricky Fataar and guitarist/bassist Blondie Chaplin had become members. And while the Beach Boys were changing, so was popular music.

How would they remain relevant? One idea they tossed around was changing their name, according to the liner notes in a 48-page hardcover book included with Sail On Sailor – 1972. They considered “The Beach,” perhaps because it suggested that they were now men, not boys, and were on to a new career phase. But they wound up keeping the name that had served them well in the sixties and focusing on updates to their music rather than their moniker.

The Beach Boys created two albums in 1972, and the new box includes remasters of both: Carl and the Passions – “So Tough,” which the group primarily recorded early in the year and released in May; and Holland, which they made mostly in the summer and fall and issued the following January. The latter album came with a whimsical Brian Wilson EP (whose contents are in the box) called Mount Vernon and Fairway (A Fairytale) that carried the instruction, “Please listen in the dark.”

The mostly excellent albeit arguably overpriced six-CD Sail On Sailor – 1972 also offers many outtakes, demos, a cappella versions, and alternate mixes from both of the albums and the EP; lots of other live and studio bonus tracks; a re-edited version of Holland’s “California Saga”; a couple of radio ads for the albums; a half-dozen live numbers from 1973, 1975, and 1993; and a 24-song 1972 concert from New York’s Carnegie Hall. All told, the box features 105 tracks, 80 of which were previously unreleased, and a playing time of more than six hours.

There’s a lot to like in this material, starting with portions of the two original albums, though neither comes close to achieving the heights of the group’s early hits, not to mention the classic Pet Sounds LP. Nor did either of them sell well; in fact, the Beach Boys’ label originally rejected Holland because its executives concluded that it lacked a potential major hit single. (They were right: the LP’s bestselling 45 was “Sail On, Sailor,” which made it only to No. 49 on Billboard’s chart; nothing from the other album even broke into the Top 100.)

Still, Carl and the Passions – “So Tough” has its moments, such as “You Need a Mess of Help to Stand Alone,” “All This Is That,” and “Marcella,” all of which Brian co-wrote, and “Cuddle Up,” a ballad beautifully sung by its co-author, Dennis Wilson. As for Holland, which is named for the country where much of it was recorded, it has always been underrated. “Sail On Sailor,” “The Trader,” and “Funky Pretty,” for example, are all solid and well-performed tunes that reward repeated listens. Dennis Wilson and Mike Love’s “Only with You” is one of the group’s sweetest love songs, and the three-part “California Saga,” while marred by some trite lyrics, features great harmony vocal work in its upbeat final section.

Though devoted fans will also savor many of the previously unreleased alternate takes in this box, some of them make it easy to see why other versions were chosen for the original LPs. The 1972 Carnegie Hall tracks, though, are another story. This well-recorded concert on Thanksgiving night – exactly one week, incidentally, after yours truly saw them give a superlative show in Syracuse, New York – features consistently fine performances and a terrific setlist.

In addition to a handful of numbers from Carl and the Passions and Holland, it features a generous helping of the Beach Boys’ early gems, including “Don’t Worry, Baby,” “I Get Around,” “Surfin’ USA,” “Help Me, Rhonda,” “God Only Knows,” “Wouldn’t It Be Nice,” “Wild Honey,” “Darlin’,” “Good Vibrations,” “Heroes and Villains,” “Sloop John B,” and “Fun Fun Fun.” There are a few weak moments, such as an uninspired cover of the Rolling Stones’ “Jumpin’ Jack Flash,” but not many. Crank up the volume, listen to the concert, and chances are good that – to quote one of its song titles – you’ll want to go right back to the first track and “Do It Again.”