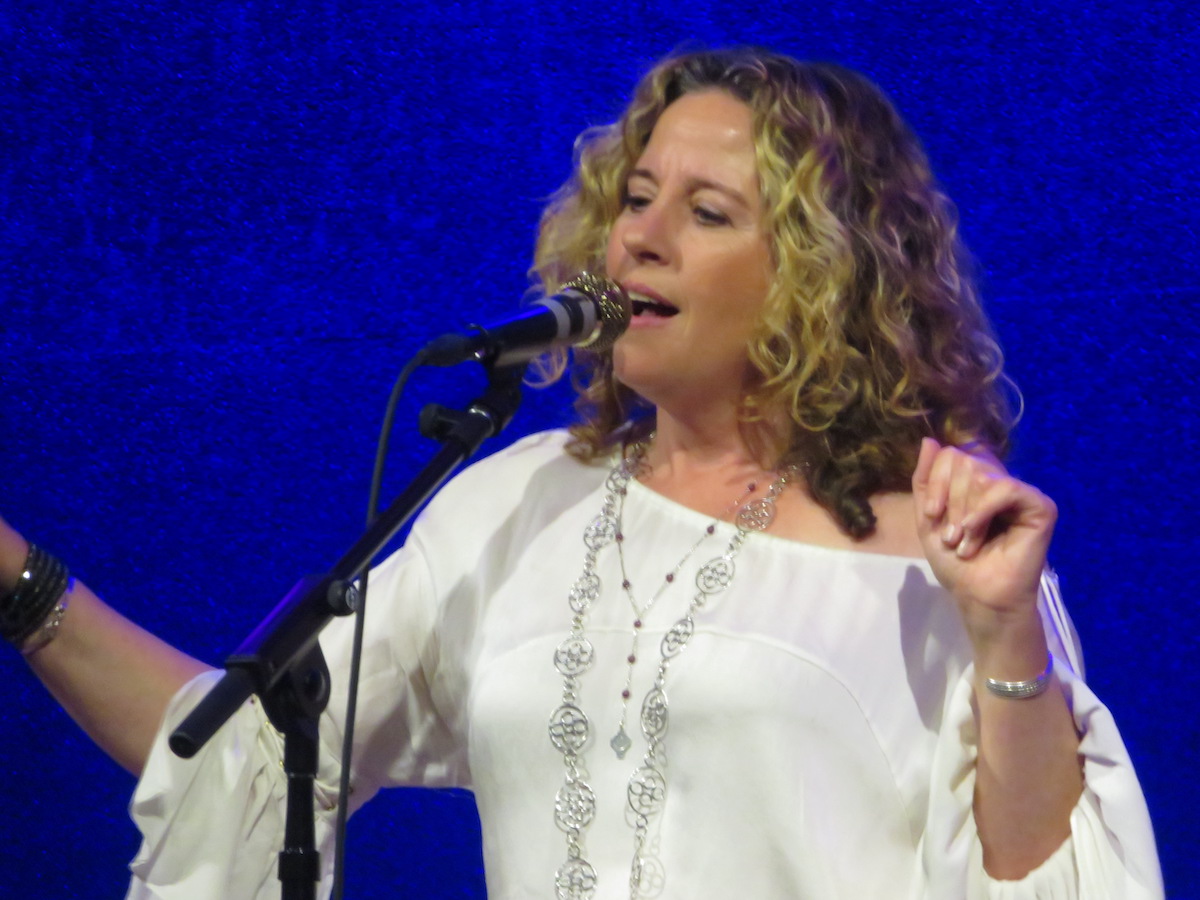 Amy Helm lives upstate in Woodstock, but she is almost city folk. Drummer Levon Helm of the Band and singer-songwriter Libby Titus raised their daughter partly in Manhattan, and Amy attended Trinity High School in the Upper West Side. Amy later founded and played in New York-based Ollabelle for 10 years. It is no surprise that her brief tour supporting the June 18 release of her third solo album, What the Flood Leaves Behind, included a performance at City Winery NY on June 24.

Helm was eager to resume travel and live performances. Prior to the launch of her tour, Helm announced on her media, “Summer is here and the music is moving me to get back out on the road! No zoom links, just a joyful noise with real people in real time! We’ve put together a handful of selective dates this summer. Can’t wait to see you out there.”

Helm crossed the city line and brought the Woodstock sound with her. Backed by lead guitarist Adam Levy, acoustic guitarist Storey Littleton, bassist Zach Djanikian, and drummer Tony Mason, Helm performed many songs from her new project, along with a few songs from her previous albums. The thread that unified her repertoire was that all the songs spun on the axis of back porch, homespun-rooted music. Except for the injection of Levy’s slowly stinging leads on electric guitar, Helm’s performance seldom aligned itself with contemporary pop music. The compositions instead borrowed from vintage folk, country, and blues, an Americana that blended elements of all of the above. Added to that was Helm’s soulful and emotive singing, which periodically leaned towards gospel.

Unlike her previous album, recorded in Los Angeles, her current work was sorted in isolation in her Woodstock home and the recording studio built by her late father. Perhaps this contributed to the calmer and less commercial aspect of her current approach to performance. The charm was both in the simplicity and earthiness of her music but also how disconnected it was to the sounds of the city. Although situated along the Manhattan stretch of the Hudson River, Helm’s concert was like a trip to New York’s rural Hudson counties.