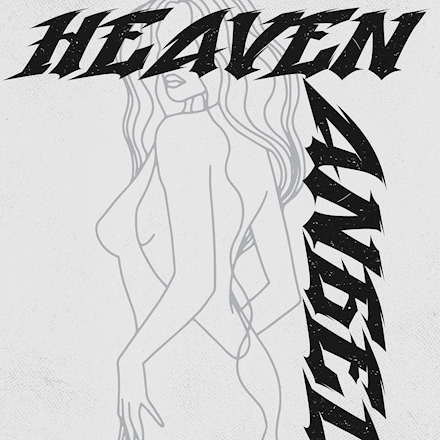 “Heaven Angel” is just over three-and-a-half minutes long, took what feels like years to get to us, and is almost too nostalgic for its own good. And yet, we are certain it is The Driver Era’s greatest single release to date.

Do you know the prolific lyric, “How do you catch a cloud and pin it down?” from Rogers & Hammerstein’s award-winning, history-defining film, The Sound of Music? If so, you completely and utterly understand The Driver Era.

Think of it like this: The Driver Era is a cloud floating just belove the atmosphere and filled with just even more mystic than there is music. Clouds are unpredictable. Some days they are massive and dense, ready to drop its contents into the world. Other days, they’re light and airy, practically non-existent except for your memory of them or even a wispy tease of fluff hidden amongst the sun. That’s The Driver Era. Comprised of Ross and Rocky Lynch, this band has slowly, but surely become experts in being unpredictable. Their career comes in waves, with singles of varying genres dropping frequently at times, stylish teasers coming now and again, or months of thoughtful, ear-ringing silence. Fans new and old welcome it, though, because no matter how hard it is to ‘pin down’ The Driver Era, they’re always coming back around with some kind of new sound to share, another level of imagination to play around with, and cloud-like unpredictability.

“Heaven Angel” marks a bit of a post-pandemic return for the TDE guys. Sure, they dropped two singles right at the start of it, which we covered last spring, and another two while still in the thick of it, but this comes along as a redemption track that is not only perfect for summer and the early stages of normalcy, but for a larger release later this year. EP, LP, mixtape… the options are endless when it comes to the do-it-yourself, astronomically creative stylings of the Lynch brothers. Their latest release is just one example of that, for it crosses the line of pop, but also has roots in jazz, R&B, and dance. Intertwining the soft hum of an acoustic guitar and the gentle twinkling of a piano with thumping, beat heavy drums and intricately timed hand claps pushes this song into a direction that is genre-less and versatile.

(That’s without even discussing the monumental songwriting qualities and vicious vocal tones found throughout the danceable, out-of-the-box hit.)

This new single dropped on Friday, July 9. Over the weekend we got a chance to absorb it, immerse ourselves in its accompanied music video, and reflect and just how, and why, we needed a TDE return sooner rather than later. “Heaven Angel” is a mysterious, sensual, asteroid collision of a love song. Sybaritic and slinking, the jazz rock track rolls in earnestly with an unwavering amount of confidence and a slick undertone of seduction. While comparable to the groovy vibe of “A Kiss,” which was released in 2019, and also last year’s soulful take on alternative with “OMG Plz Don’t Come Around,” “Heaven Angel” is uniquely in its own category. There is yearning and desperation dripping from the throaty depth of these new lyrics – that, of which, highlight maturity in an unexpected way.

Love, romance, relationship trials and tribulations… none of these things are new to Rocky and Ross Lynch. They’ve been treading these waters for quite some time now, but in the same way that “If” (a single they released while part of R5) felt like some sort of departure, “Heaven Angel” comes across as a new beginning. What was once, “All up in your vibes, vibes. You’ve got something I like, like’ is now, “Baby, tonight won’t you be mine? Be my woman.” The duo has evolved yet again, shaping the latest reincarnation of their music around the effervescent, neo-soul meets pop production of this amorous track.

The Driver Era’s “Heaven Angel” speaks to the woman, not the girl, who they’re pining for, except it’s not as dramatic as pining. This time around the duo is approaching their impassioned, eye-catching, soul-stirring feelings with the simple, but effective method of asserting a sense of dominance. The younger Lynch, Ross, expertly croons about not wanting, but needing this woman. She is so much more than what she’s wearing or how she’s perceived. This supposedly angelic figure is evidently self-assured, poised, and exuding beauty in more ways than one. No more “vibes,” just vibey, sultry love songs with the strongest drum line known to man and core-resonating vocals.

It’s music video fits that exact bill, with both Ross and Rocky Lynch taking center stage on their respective instruments, at the mic, as the life of the party, and through the lens of young adults romanticizing their every move, including, but not limited to: watching someone from across the room and driving through the city. This video is subtle, playing right into the cloud-like hands of the band who want this song to be interpreted as such. Yes, it’s subtle, but it’s still oh-so sultry. The song is warm, passionate, lustful, and raw without ever coming across as grandiose or truly tangible. Compliments and respect work hand-in-hand with the mature adoration felt both within the new track and its shiny visual component, which leaves an exhilarating and captivating tension lingering long after the three minutes and 45 seconds are up.

Tinged with EDM and skimming the edge of R&B, “Heaven Angel” is another unpredictable notch in The Driver Era’s one-of-a-kind – pun intended – belt.

THE DRIVER ERA’S NEW SINGLE, “HEAVEN ANGEL,” IS OUT NOW ON ALL STREAMING PLATFORMS!