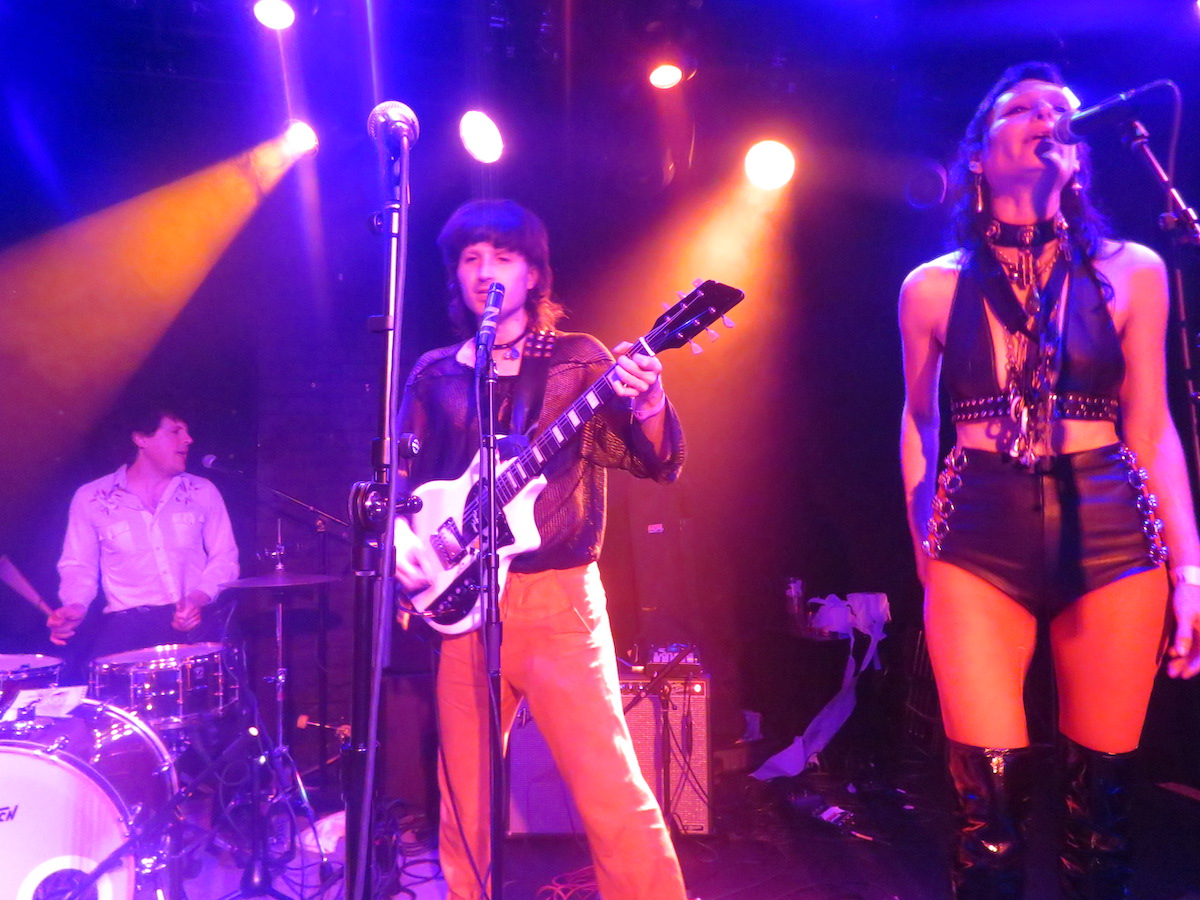 The shock value of Black Lips may be in the past. At least in New York, the musicians  have not done the outrageous at recent performances. At Webster Hall in 2017, however, guitarist Cole Alexander and bassist Jared Swilley locked lips for several minutes while playing a song. Also towards the end of that show, Swilley exposed himself while on stage to do some R-rated, and even X-rated activities in front of the crowd. Maybe we do not need to see those stage antics anymore.

Aside from being a wild bunch of characters, Black Lips are a solid rock and roll band. Established in 2000, Black Lips released its ninth and most recent studio album, Sing in a World That’s Falling Apart, on January 24, 2020. The band did not have the opportunity to tour it last year, though, because of the pandemic shutdown.

Renewed touring opportunities this year brought the Georgia-based quintet to TV Eye for a two-night engagement. Alexander, Swilley, pedal steel player and guitarist Jeff Clarke, saxophone player Zumi Rosow, and drummer Oakley Munson performed their new and old catalog of unpolished garage rock songs. They peppered many of these songs with country twang, some even leaning towards psycho-billy. The faster songs generated moshing; stage diving was impractical at this gig, however, due to TV Eye’s low stage.

Most bands burnish their music over the years as they grow more proficient on their instruments. Quite the opposite happened here. Even after 21 years, Black Lips has committed to a raw and primitive core and a punk DIY ethos. This formula has helped make Black Lips a terrific live band.