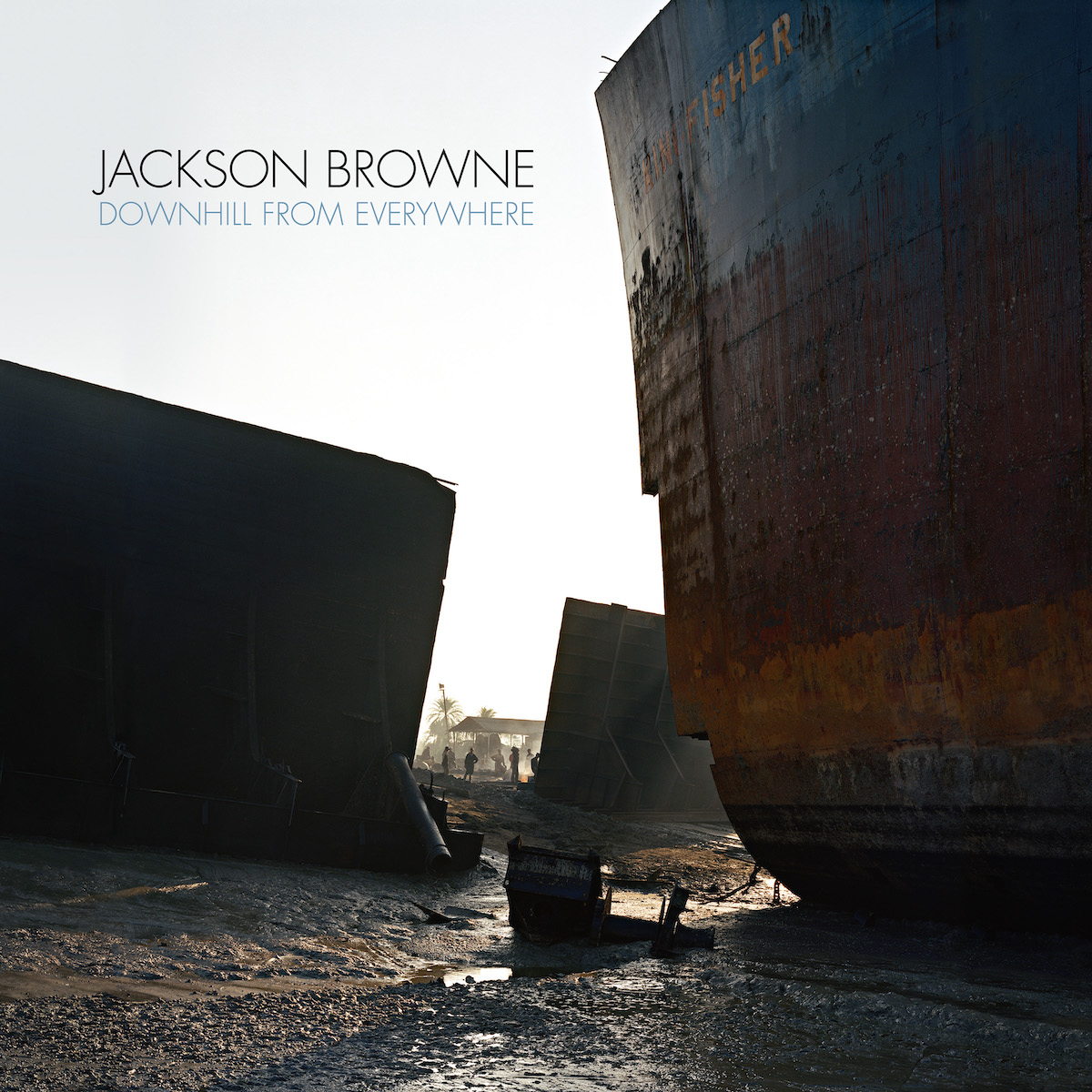 Jackson Browne’s Enlightened & Illuminative New LP, “Downhill From Everywhere,” Is the Soundtrack of the 2020s

Jackson Browne has the world at the forefront of his mind and as the basis of his music. While that might seem like quite a lofty influence to have on both himself and his art, it stems from place a love.

Sure, everyone claims to love their life, their world, and their planet to one extent or another, but Browne is actively proving such love on Downhill From Everywhere. This new record of his, coming this Friday, July 23, is an intimate, faithful, collaborative piece of music. In it, the treasured musician tackles the world’s happenings in a careful, nuanced sense. His thoughtful, introspective, and overtly poignant perspectives come from his heart and soul.

With a life lived under his belt, he’s grateful for every aspect of his melodic soft rock path. His family, such as his grandson, have yet to find their path in life – and that’s ok! Youthful abandonment and close knit warmth is all that matters in your younger years, which Jackson Browne himself respects and reflects. Still, how can one even find their fruitful, expectation-defying, and fulfilling path in life without an acceptable world to do such in?

Among these 10 songs are the message and motivation expressing how pertinent and prolific it is for the older generation to not just pass down wisdom, but pass down a habitable, synergic, merciful society to those who come after them. Through warm-toned acoustic guitar riffs and glimmering keyboard notes an illustrious and gracious voice is heard – one we have heard many times before and is revered for its wisdom and creativity. The premiere vocalist and equally pensive and sentimental lyricist has come far from his Laurel Canyon days on Downhill From Everywhere.

Standout tracks that get you jamming, dancing, contemplating, and challenging are the rich and melodious, “The Dreamer,” “My Cleveland Heart,” and “Until Justice Is Real.” Silvery-toned and laid-back to pack a bigger punch than expected though is the ruminative, repetitive, riot of a title track. “Downhill From Everywhere” is an expert’s take on contemporary anger and laments the spoliation of the world at large through environmental destruction and haphazard-charity – especially in a global pandemic landscape. The final verse in “A Little Soon To Say” is eye-opening in this way, heartbreaking and raw. “Beyond the sirens and the beyond night, beyond the sickness of our day, and after all we’ve come to live with, I want to know if you’re ok. I want to think it’s going to be alright – It’s just a little soon to say.”

Browne hums, croons, harmonizes, and vocalizes the idea of empathy. With the right amount of empathy, a hint of compassion, and a dash or two of melody, the beloved singer-songwriter is able to eloquently put forth the notion that a world worth living in is one worth saving; whether it be physically, such as protecting our quickly-changing environment, socially, such as reminding our ever-evolving population that equality is a right not a privilege, and mentally, such as allowing the greater purpose of our place in the world to resonate stronger than ever before.

A political and social activist as much as he is a folk rock legend, Jackson Browne was strategic in his intertwining of messages’ meaning into his musicality. One song after another opens up for more toe-tapping, rhythmic instrumentation and even more thought-provoking, relevant concepts. Each moment the album is a mere glimpse into the realities we’re living within put to soft, groovy, carefully curated soundscapes. Every lyric is a tale deserving to be told and a perspective illuminated for a bigger purpose than just truly stellar music to casually listen to. With Browne behind this masterpiece and his tactfully chosen band of collaborators and musicians backing him, there is a whirlwind of musicianship being highlighted just as much as the idea of sincerity within working together.

Without a group-effort, this world can never change in the way it needs to and the way the youngest generation deserves. Browne getting his friends and peers onboard with Downhill From Everywhere is telling fans and music lovers everywhere that interpersonal relationships matter, performing together matters, and movements only move when these matters come together. 15 studio albums in and Jackson Browne is doing so much more than depicting that. He is crafting a narrative made specifically for and based specifically around the world we’re in and put it to memorable, comforting, and folksy rock music. It’s what he does best, though, so we should never expect anything less.

JACKSON BROWNE’S NEW LP, DOWNHILL FROM EVERYWHERE, IS OUT ON FRIDAY, JULY 23, WHEREVER YOU LISTEN TO MUSIC!