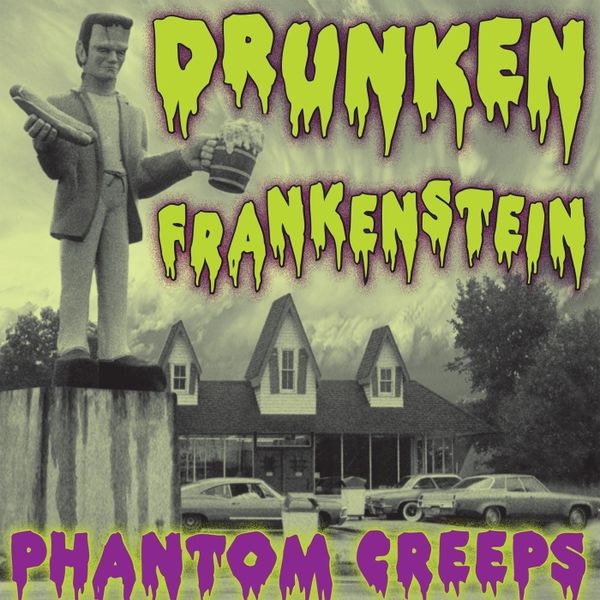 Whether you’re an old-fashioned, The Birds-style horror film realist, a thriller fan with the script to Get Out memorized, or a scary movie purist with more copies of The Ring, The Exorcist, and The Conjuring than you’d like to admit, Drunken Frankenstein’s new album is for you.

Music taste is subjective – we know that. Similarly, everyone’s tolerance for all things ghastly and ghoulish is different. With that being said, Drunken Frankenstein’s debut EP wipes away those notions in favor of easily lovable, easily accessible, and easily frightening punk rock music. Their debut EP, Phantom Creeps, dropped on physical this past Friday, but a month earlier on streaming. You see, the world is just getting to know these edgy, borderline appalling, but extravagantly talented rockers.

Hailing from New York, Drunken Frankenstein stems from the intricate crevices of classic rock lover and horror filmmaker Jim Haggerty. All the director wanted was an out-of-this-world soundtrack for one of his latest underground, but highly-praised scary movies. Instead, he got a punk rock band with grit that intertwines creepy fables and anxiety-ridden trepidation with eye-catching lyricism and Ramones-style instrumentation.

Haggerty and his band take their own adoration for all things terrifying and twisted and turn it into mesmerizing songs with storytelling potential and punchy hooks. Each track is eclectic (That’s a given with titles such as “Mad Doctor With The Skeleton Hand.”), but they are also completely and utterly electric. Screaming guitars set your soul alight and pounding drums stir up something in you only a good jump scare could. The way Drunken Frankenstein blend these literally and figuratively cinematic horror movie themes into beats and rhythms not too far from the days of eighties glam metal is something to behold. This debut EP of theirs depicts that to a tee.

Phantom Creeps has heart and dedication laced swiftly into the unconventional and even zany concepts that fill out it’s five-song-long tracklist. Elements of genuine fear and panic bruise you while you listen to this new record, but danceable musicality and most pit-opening bass lines can distract from that in the most fascinating way possible. Haggerty knows his strengths and plays up to them with shockingly suave and simply eerie songs. Without straying from what he knows and does best, the filmmaker crafted a cohesive, banging, threatening rock record that is somewhat out of left field, but still wonderfully nail-on-the-head for him and his fellow bandmates.

There is something for everyone on Phantom Creeps, regardless of your interest in uptempo metal or underground horror. Whether your favorite song is the barely two minutes long “Don’t Look In the Basement” for it’s hauntingly layered vocals or the tinny, four-and-a-half-minute rager that is the title track, you’re in for an entertaining, albeit petrifying, musical treat.

DIVE INTO THE NEW EP BY DRUNKEN FRANKENSTEIN HERE!