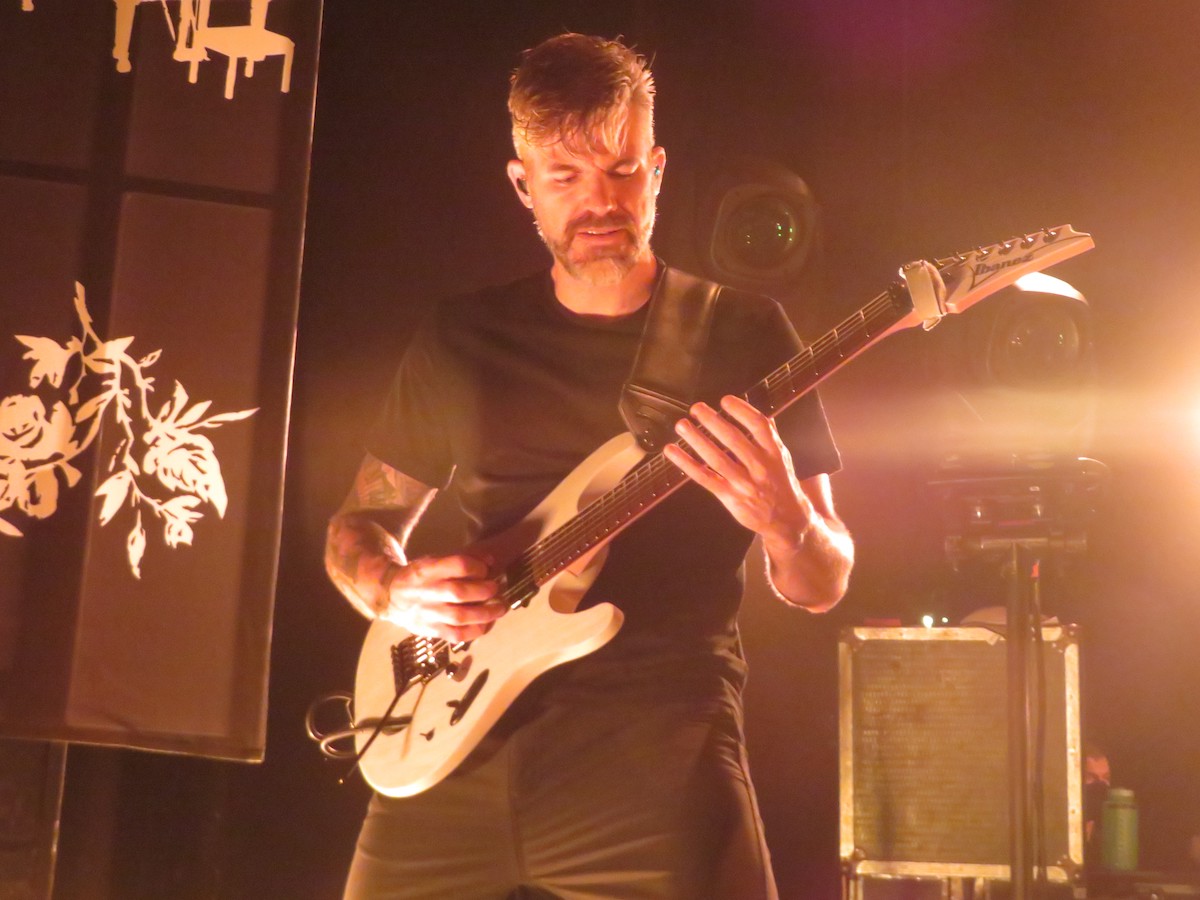 Between the Buried and Me at the Gramercy Theatre / August 9, 2021

Between the Buried and Me, often abbreviated as BTBAM, was set to headline a 20th anniversary tour across North America in the spring of 2020. The tour was to focus on the band’s fifth studio album, 2009’s The Great Misdirect. The COVID-19 pandemic then postponed the tour for more than a year. Based in Raleigh, North Carolina, the progressive metal band became the first of its genre to launch a national tour and its New York area fans were more than enthusiastic to mosh to the band’s screams and whispers.

BTBAM’s two headlining concerts at the Gramercy Theatre were billed as “An Evening with Between the Buried and Me.” Playing with no support act, the band performed a first set as a retrospective, playing songs from all the band’s earlier studio albums. This segment also included a taste of the band’s 10th album, Colors II (a sequel to 2007’s Colors), which will become available on August 20. After intermission, the second set was dedicated to The Great Misdirect, performed in its entirety.

Formed in 2000 in Raleigh, North Carolina, since 2005 BTBAM has consisted of lead vocalist/keyboardist Tommy Giles Rogers Jr., lead guitarist Paul Waggoner, rhythm guitarist Dustie Waring, bassist Dan Briggs, and drummer Blake Richardson. At the Gramercy, Waring sat in a chair the entire show, reportedly due to back pain. Midway through the first set, Waggoner briefly explained Waring’s condition, after which the fans erupted in supportive chants of “Dus-tie, Dus-tie, Dus-tie.”

BTBAM’s two sets traversed several subgenre’s of progressive metal, including technical death metal, and also reached beyond its genre to borrow elements of thrash metal and metalcore. While most songs spun on complex arrangements, they were not as difficult to follow as with other progressive bands. Avoiding the coldness of other bands in their genre, many of BTBAM’s works were rife with anger and angst. A bulk of the show cemented the band’s reputation for non-stop pummeling. A few reprieves allowed the moshers to exhale, but it would not be long before the screams and pounding resumed.

Precision was key. The fans reveled in that the live production matched the recordings note for note. Extended pieces, like at the end of “Reaction,” were rare. Whether or not a direct reproduction is a good musical move can be debated among the fans.

Between the Buried and Me’s concert was not for the faint of heart. Much of the music that the band performed was abrasive and brutal, yet was far richer than most contemporary metal music. BTBAM was more intense than your average head-banging metal band because of the depths of the complex arrangements that surrounded the ferocious death growls. More than 20 years in, Between the Buried and Me remains a fresh and challenging entity, and that is impressive.