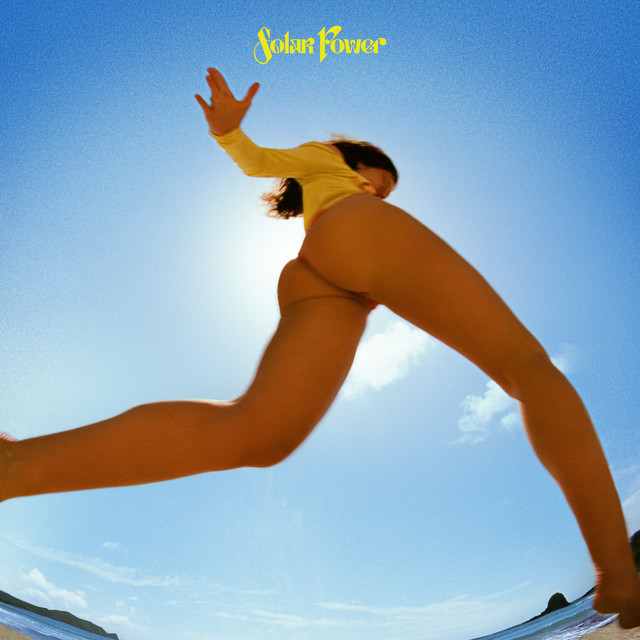 Solar Power covers a lot of new ground for Lorde, even if the almost seven minute long orchestrations on the new “Oceanic Feeling” sounds eerily similar to the complex melodies found on 2017’s “Hard Feelings/Loveless.” This record and it’s entire tracklist still hit home like never before for… not just the audience keenly listening in, but for the contemplative artist herself.

Lorde takes us by the hand to assimilate with nature on her new record Solar Power. Having earned several accolades at a young age (including two Grammy Awards at just 18), the now 24-year-old superstar has established herself as one of the most influential indie/pop singer-songwriters of our time. She broke the glass ceiling for young solo artists and ambitious creatives alike. This time around, Lorde slows it down – and breaks it down – with her always introspective songwriting, raw vocals, and minimalist instrumentals on Solar Power.

Whimsical guitar riffs, a simmering tambourine, and playful horns open the first track on Solar Power, “The Path.” Lorde delves into the dark side of the limelight on this one. She sings, “Teen millionaire having nightmares from the camera flash… Now if you’re looking for a savior, well that’s not me / You need someone to take your pain for you? / Well, that’s not me.” Lorde reminds us that, although she is a prominent public figure, she’s still a kid and she still has her own demons. The title track, “Solar Power,” is an apt anthem for the album as the song is upbeat and lively. Lyrically, it compels you to reach out and touch the sky. Inspired by her passion for connecting with Mother Nature, Lorde’s message of being in tune with yourself, as well as the world around you, soars throughout the record.

“Stoned at the Nail Salon” lazily takes us through a dream-like annotation of what her life would be like had she not hidden away from fame. She ponders what embracing fame would have been like: “But I wonder sometimes what I’m missing / Well, my hot blood’s been burning for so many summers now / It’s time to cool it down / Wherever that leads.”

The most creative track on the record, “Secrets from a Girl (Who’s Seen It All)” features a clever monologue in the style of an airplane pilot’s sign-off: “Welcome to Sadness / The temperature is unbearable until you face it… Your emotional baggage can be picked up at Carousel Number Two / Please be careful so that it doesn’t fall onto someone you love.” This tune incites emotion unlike any other on the album, making you think deeply about your own thoughts and feelings.

Lorde’s lyrics throughout this album are anything but ambiguous, and “The Man with the Axe” is the most obvious heartbreak song on the record. She sings of the culprit, “You felled me clean as a pine  / The man with the axe / And the light in his eyes.” She also speaks of her stage fright throughout the song, “it’s starting to feel like all I know how to do is / Put on a suit and take it away / With my fistful of tunes that it’s painful to play,” and an applause plays in the background to drive the point home. Reading as a diary entry or a poem, it is brought to life with its cadence. “Dominoes,” similarly, is a brilliant, bright, and breezy tune about a man who takes advantage of too many second chances: “Fifty gleaming chances in a row / And I watch you flick them down like dominoes / Must feel good being Mr. Start Again.”

Solar Power brings us to a far from glamorous, albeit sunnier place in Lorde’s heart. She invoked strong emotional connection for listeners whilst maintaining a full booming pop sound on her previous two records, and although this record is just as personal, the more subdued instrumentals bring you closer to her voice. Pure Heroine was filled with lighthearted pop, Melodrama was ever so forwardly intimate, and while Solar Power is not any less intimate than her previous work, it still strikes you in a different way entirely. These new tracks take hold of Lorde’s indie pop roots, stray from her usual formula, and enter her evolving dreamscape.

LORDE’S THIRD LP, SOLAR POWER, IS OUT NOW WHEREVER YOU LISTEN TO MUSIC!