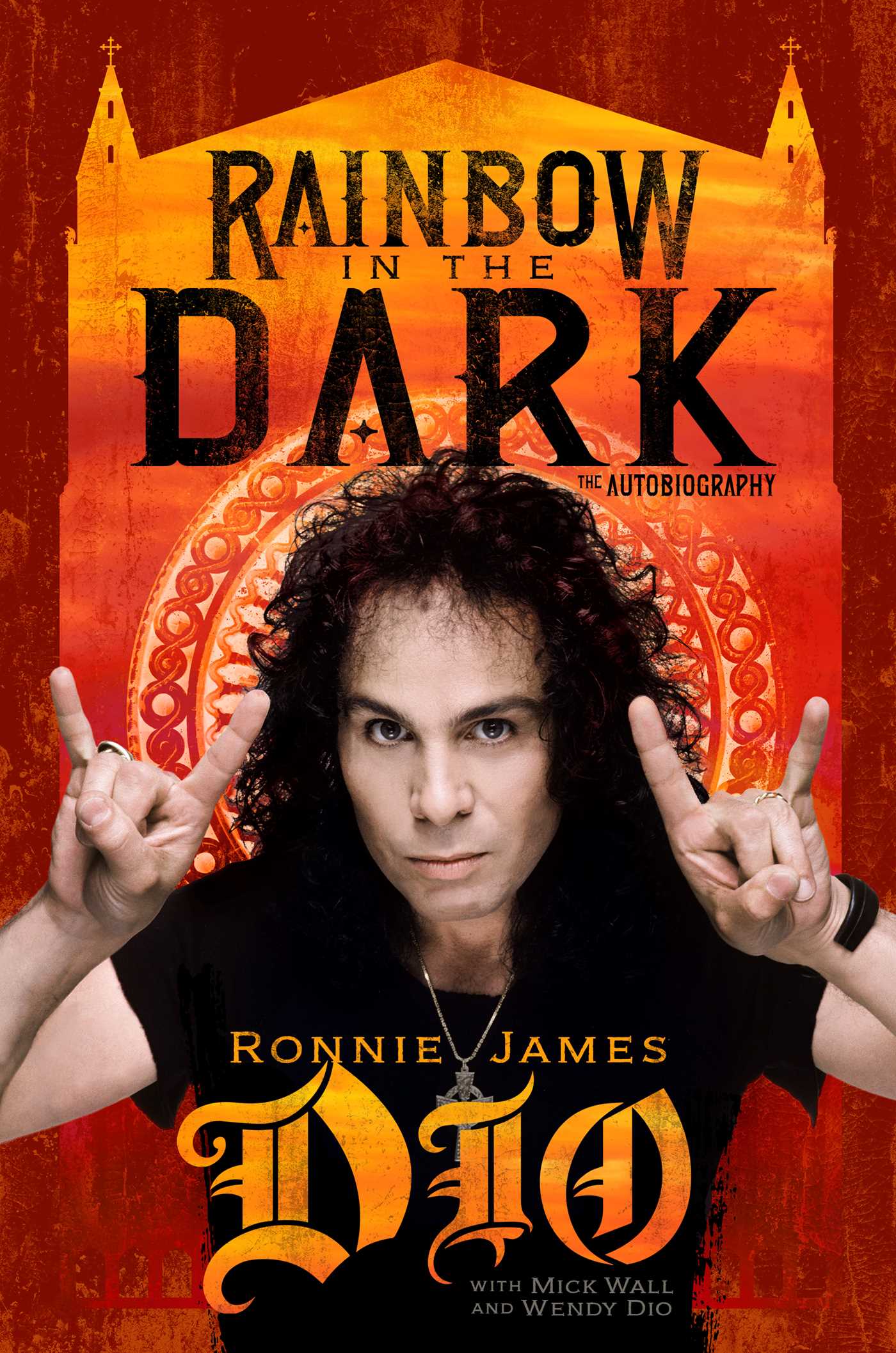 Feel the Magic… Like a ‘Rainbow in the Dark’

Ronnie James Dio is backstage at a sold-out show in Madison Square Garden. He just saw his name on the billboard outside as the headliner. This is the pinnacle of his career; something that he’s dreamed of for years. This hot summer night in 1986 is where Rainbow In The Dark: The Autobiography begins and ends.

The long awaited memoir is a combination of handwritten notes by the beloved vocalist with Wendy Dio and Mick Wall filling in the blanks via multiple interviews and personal experiences.

Rainbow In The Dark takes readers from Cortland, New York where he started playing trumpet and running the streets with friends to the studio where he crafted the unforgettable songs we all know and love. Ronnie describes his writing style in detail stating that, “What I wrote wasn’t poetry, but it was written to say something more than ‘Baby, I love you.’ As a lifelong devourer of books, I attempted to bring some of my favorite themes to the lyrics. I was always a dreamer type of kid. I immersed myself into fantasy situations by reading science fiction and things that would let my imagination run somewhere.” However, you will find that some of the tracks weren’t based on mythology, but real life, and it may be surprising.

Rainbow In The Dark will entertain you with stories involving his “Uncle” Johnny who keeps popping up, tales from the road, the satisfaction of the hits, near misses one person shouldn’t have to endure, and the love he shared with Wendy. There are plenty of details about his tenure in Elf, Ritchie Blackmore’s Rainbow, Black Sabbath, and the groups which preceded them. And, yes, you will learn the genesis of those infamous devil horns.

One notable attribute was the adoration for his fans. Wendy Dio explains, “Ronnie enjoyed people. He could talk to someone eight years old or eighty years old and everywhere in between. He was a good talker, but he was also a good listener. It wasn’t an act; he just really cared about people.” Personally speaking, I can say it’s the absolute truth. He made you feel like a close friend, even if it was the first encounter.

There is enough material to pen another book to chronicle the last quarter-century and it will be well received. I sincerely hope it materializes one day.

Rainbow In The Dark: The Autobiography by Ronnie James Dio with Mick Wall and Wendy Dio was published by Permuted Press on July 27, 2021.

MORE INFORMATION ON THE BEST-SELLING AUTOBIOGRAPHY CAN BE FOUND HERE!