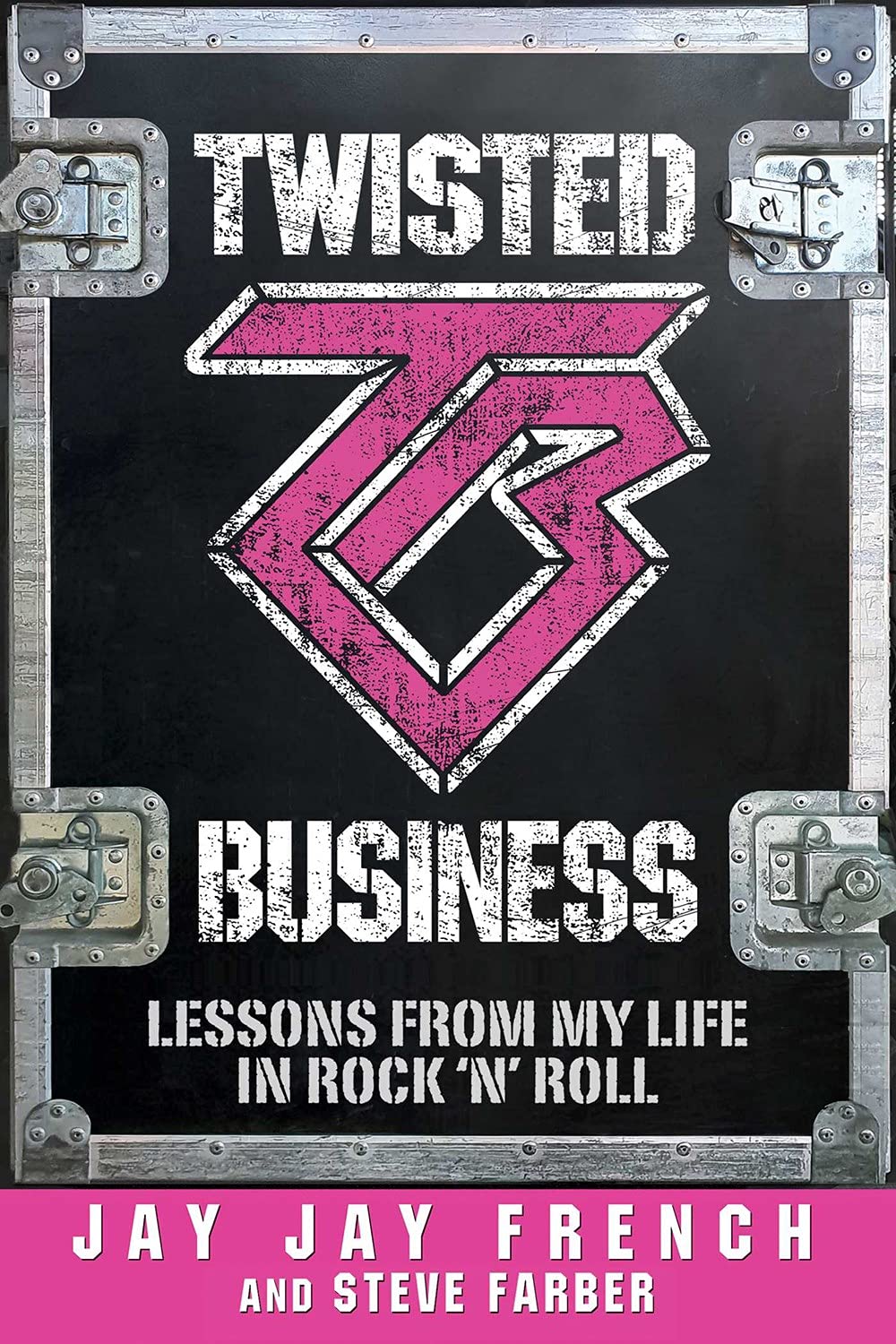 How did the hit-song “Hey Paula” turn little Johnny Segal from the Upper West Side of Manhattan into Jay Jay French, the founder, guitarist, and manager of the world famous heavy metal band, Twisted Sister?

You will find out this and a great deal more in the “bizoir” Twisted Business: Lessons from My Life in Rock ‘n’ Roll.

What exactly is a “bizoir”? It’s a hybrid of memoir and business primer wrapped into one. In my opinion, it’s much more than that.

Jay Jay French uses the following elements which have led to success: Tenacity, Wisdom, Inspiration, Stability, Trust, Excellence, and Discipline. There you have the TWISTED strategies to guide you through business (or personal) reinvention.

French reveals, “At some point on my journey, I understood that I wasn’t going to be one of the world’s great guitar players. I was really good, but not world-class. And I was ok with that. Instead, I was going to channel my talent toward being a rock star—which is a very different intention and outcome. It’s less a function of musical talent, and more about business savvy, management, marketing, image, and packaging. I had inherent talent in all of those things and the wisdom to recognize what I could and couldn’t do.”

Together with his mentor, Steve Farber, French offers humorous and heartfelt narratives paired with hard-earned tips and hearty advice. A few of them may even surprise you.

I found myself laughing, discovering things about myself, and learning the tools French used to cultivate success time and time again. One of my favorite passages in the book is: “Twisted Sister was one of the greatest live bands on the planet. And we played mostly the same songs every night. The same songs. Over and over and over again. We were like the heavy metal version of Cats. Except a few of us were Jewish, so it’d be spelled Katz.”  That’s just one of the clever anecdotes in Twisted Business. You’ll learn how Twisted Sister paid their dues before reaching platinum status with a man who adapted and remade his business model multiple ways. It portrays adversity at its finest.

In addition, Twisted Business can be used as a blueprint for daily living. The entrepreneur, entertainer, music fan, and mother of three alike can benefit from the guidance provided in the pages. The book will take you on a hard rockin’ roller coaster ride and inspire you along the way.

Twisted Business: Lessons from My Life in Rock ‘n’ Roll by Jay Jay French and Steve Farber‎ is available from Rosetta Books on September 21, 2021.

MORE INFORMATION ON THE UPCOMING TWISTED BUSINESS MEMOIR CAN BE FOUND HERE!