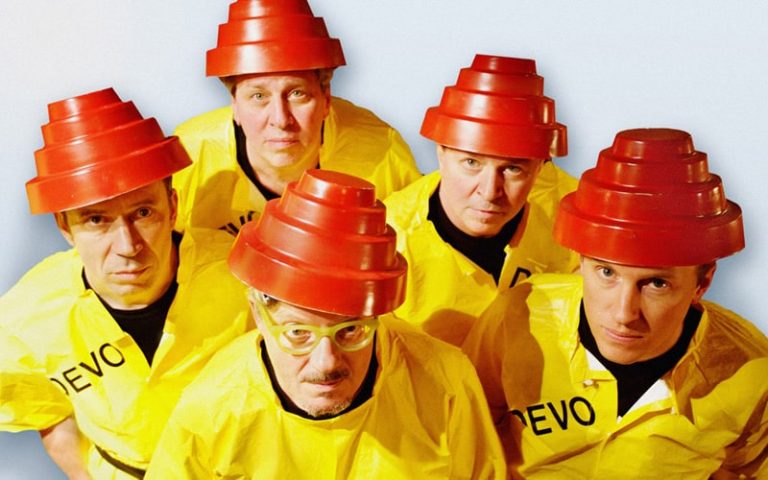 Save for five years, Devo have been bringing stylish synth-pop into the homes and hearts of music lovers everywhere for 48 years. Their twinkling and vibrant take on the art rock genre put them on the map, but it is their pop culture-laden persona and edge-of-your-seat onstage experimentation that has kept them there.

On September 21, Devo, in all their theatrical, electronic rock glory, are coming to Radio City Music Hall. The prestigious and famed venue is ready for the return of the group whose collection of hits span generations. Their take on social and political topics, even in the most questionable of ways, add depth to their funky music and eye-catching presence. While a deterrent for some, it’s more captivating than anything else, further proving the charm of the band and it’s five current band members.

Just as groovy as they are goofy, Devo have not stopped shining on stages far and wide, bringing “Whip It” and “Peeka-Boo!” to their still growing number of fans. Devo long ago solidified their place in the industry thanks to them being multi-instrumentalists and new wave frontrunners throughout the entirety of the 1970s and 1980s. Glossed over and ridiculed at times, it’s evident now that they were simply a band ahead of their time in aura and in style. In 2021, they’re selling out Radio City Music Hall and racking up over 1.5 million monthly listeners on Spotify alone. That’s the true power of Devo, that’s the joy of nostalgia, and that’s the importance of memorable music and a campy image.

We’ll never not appreciate what this Ohio-raised, science-y rock band has brought to us over the years, so it’s imperative to get our tickets to Devo’s upcoming show at Radio City Music Hall, which you can find details on here!