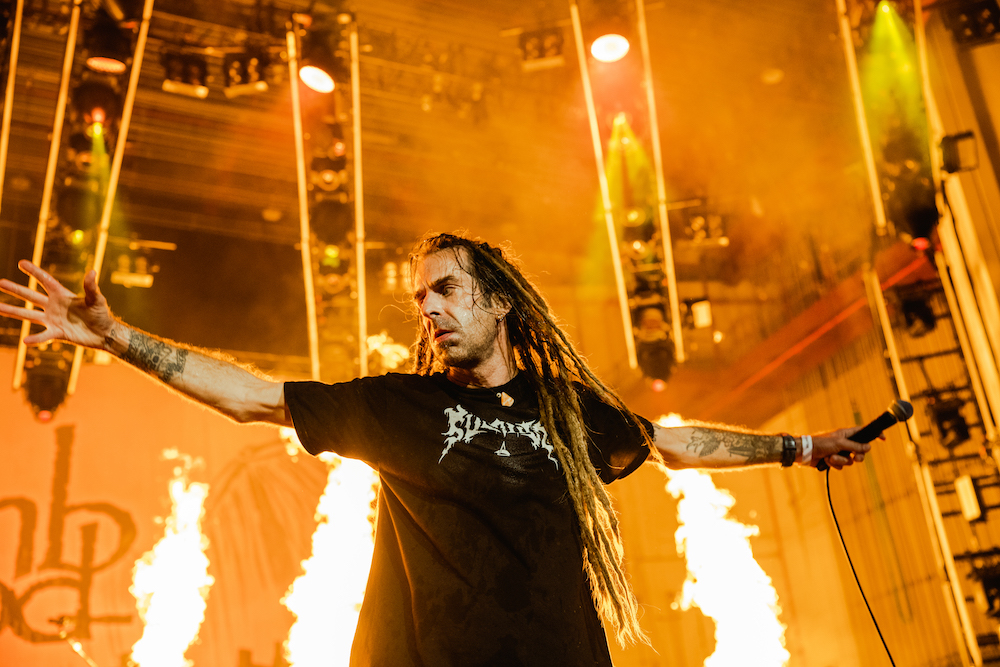 Photographic Proof That Trivium, Lamb of God, & Megadeth Left It All On the Stage at PNC Bank Arts Center

The first three years listed are the respective formation dates of Lamb of God, Megadeth, and Trivium. The last on the list is our current one and it’s just as symbolic as it marks the year these three iconic headbangers came together for a massive tour.

If you’re a metalhead like us, you definitely made a trip to PNC Bank Arts Center last week. On September 16, our friends in Holmdel hosted not one, not two, but three heavy metal bands for a show that was as brash and hardcore as it was a fun night out for all (er – most) ages.

Opener Trivium slayed with eight fan favorite songs off five of their albums before Lamb of God took the stage for an equally dynamic, albeit longer, set. As one of two headliners, Lamb of God cranked out 12 tracks for nonstop excitement, air guitar-playing, and floor-shaking bouncing, even within the seating of the venue. Megadeth closed out with a solid 10 songs, which frontman and founder Dave Mustaine sang, shouted, riffed, and shredded along to as if he hadn’t turned 60 just three days prior. (Not that 60 is old, but to command a crowd almost four decades into his career with the same vim and vigor that he did at 25 is impressive.)

The exhilarating, truly metal, and actually mental evening at PNC was highlighted and documented by photographer Gregory Pallante for us to really get a feel for how hardcore the show was. Our photo galleries below will get you right on in with the action… minus the dramatic hair flips and moshing-induced bruised ribs. (There is a reason this lineup was titled The Metal Tour of the Year!)

FOR DETAILS ON AND TICKETS TO THE METAL TOUR OF THE YEAR FEATURING TRIVIUM, LAMB OF GOD, AND MEGADETH, CLICK HERE!