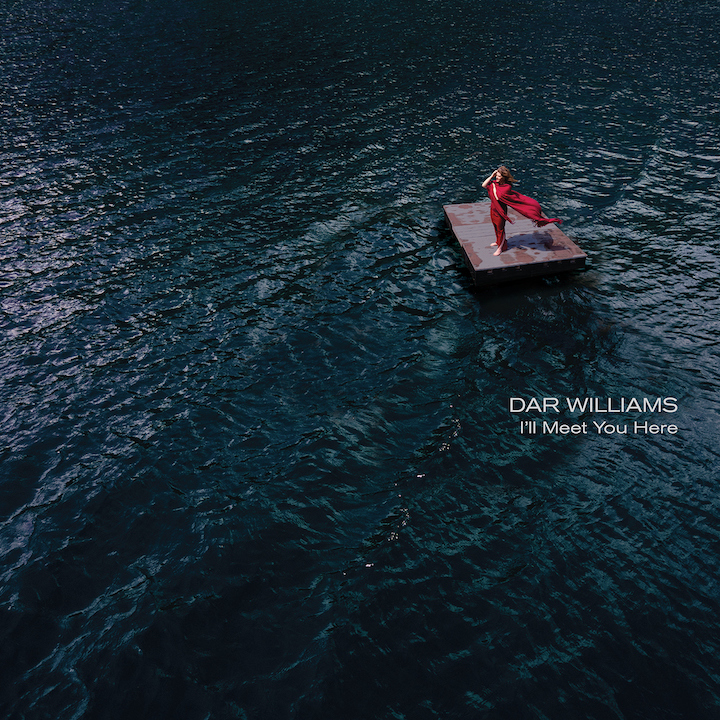 If you’ve ever been in a middle school classroom, existed on the Internet in the early 2010s, or are a frequent shopper at stores like Hallmark, there’s a strong chance you know the following phrase: “You can’t have a rainbow without a little rain.” That is the precise, wholehearted sentiment of Dar Williams’ latest release, I’ll Meet You Here.

It may have taken six years and a global pandemic to craft this 10-track venture, however time is only of the essence when it comes to records that don’t have a purpose. I’ll Meet You Here, and in turn, Dar Williams, has a purpose. You need to dive into its prose-like nature to experience it, though, and even that might not be enough to make it evident.

You see, Williams is quite the reflective and pensive singer-songwriter, but only on the surface. If you don’t listen close enough, you might stumble right over the dainty quirks and hilarity that are slipped into even the most beautiful vocal runs and wondrous lyrics. This album underscores that, but all while desperately trying to focus in on the assumed task at hand – reminding people of optimism.

The corner of the industry draped in heartfelt storytellers is, in fact, folk. This performer fits right in with the best-of-the-best – the Joni Mitchells and Emmylou Harris’. She still relates to those grinding along in the DIY circuit, too. Williams might have her first big label release with this record, but it doesn’t take away from the roots she has or the sound she’s curated around said roots…. It’s just broader. Garnering inspiration from the world around her and the little intricacies of day-to-day life is casual, comfortable, and creative for someone like Williams, no matter the level of success or size of her audience. At the end of the day, a folk singer is a folk singer, a person is a person, and we are all going through something collectively now more than ever.

I’ll Meet You Here gives listeners just over 35 minutes of easy listening, and by easy, we mean melodic. (The latter half of “Magical Thinking” is a stunning experience.) The album is not the easiest to jump into the deep-end of, though, because it is truthfully quite difficult to actualize the reality we’re living in and the steps we need to move forward. This idea is über-relevant in songs like “Like the Wind Blow,” “You’re Aging Well”,” and “Today and Every Day.” All three, like much of the album, is heavy on the orchestration and instrumentation, livening up the tempo of what could be a solemn record. Williams’ keen eye for the real world and even better ear for harmony allows topics such as climate change and diversity and positivity and anxiety to be tip-toed into. There is no surprising moment on the record, which is beneficial in the sense that you’re not slapped in the face with something too edgy or radical, but it also means that there is no standout moment either.

For a folk pop legend of the Northeastern U.S. and beyond, Dar Williams reaches too far on this album.. into too many general places of adversity and discomfort. Every song is draped in enchanting cellos, synths, acoustics, and a driving rhythm. Fortunately or unfortunately, they stand alone phenomenally because of this, meaning the album itself doesn’t fully come to fruition as others in the past have. (We’re thinking about Mortal City or My Better Self.) Life is intense and there are many new songs to be written about it just about everyday, but that doesn’t make this concise. I’ll Meet You Here feels at home in it’s upbeat, optimistic look at what creative paths can do for you in the most confusing of times. That’s as niche as you’ll get with this record, though, for much of it feels like it is looking solely at the big picture.

The opening number, “Time, Be My Friend,” has the stunning vocalist putting forth the blanket statement of, “you will never say you love me, but let’s see what’s around the bend.” It is a truthful sentiment with a lovely, crisp voice setting the tone for the track, but it sets the stage for the record in a manner that is just too simple. Our favorite track, “Little Town,” is similar, but still the most immersive out of everything on I‘ll Meet You Here. It attempts to show and not tell, letting fans like us work to find the personal meaning and individual relatability in not just the lyrics about small town lives, but it’s accompanied country pop musicality.

“Everybody knows who was born and raised here. The mayor is my friend, – I’ve known him all my life. Each year he and I plan the Fourth of July,” Williams croons sweetly, not dramatizing anything at hand. Refreshing and real poetry is what made Dar Williams, Dar Williams. This track comes close to that once again. “Little Town” puts the deciphering, enjoyment, and understanding of folk music back in the hands of the public. Had the whole record done that with a narrowed-down idea on where to go from ‘here’ as equals and peers, it would be flawless.

I’ll Meet You Here connects us to the world we’re already living in, yet Dar Williams doesn’t fully get us over line and into something more artistic, more resonating, and more metaphorically inspiring. There is little work needed from the audience to learn about life at large because many of the stories told this time around are fairly vague. Removing the broadness, bringing down the concepts shaping this album, and finding nuanced meanings in each story would elevate all the goodness that Dar Williams was trying to create and all of the rainbows she was hoping to show to listeners after 18 months of rain.

DAR WILLIAMS’ NEW LP, I’LL MEET YOU HERE, IS OUT NOW WHEREVER YOU LISTEN TO MUSIC!