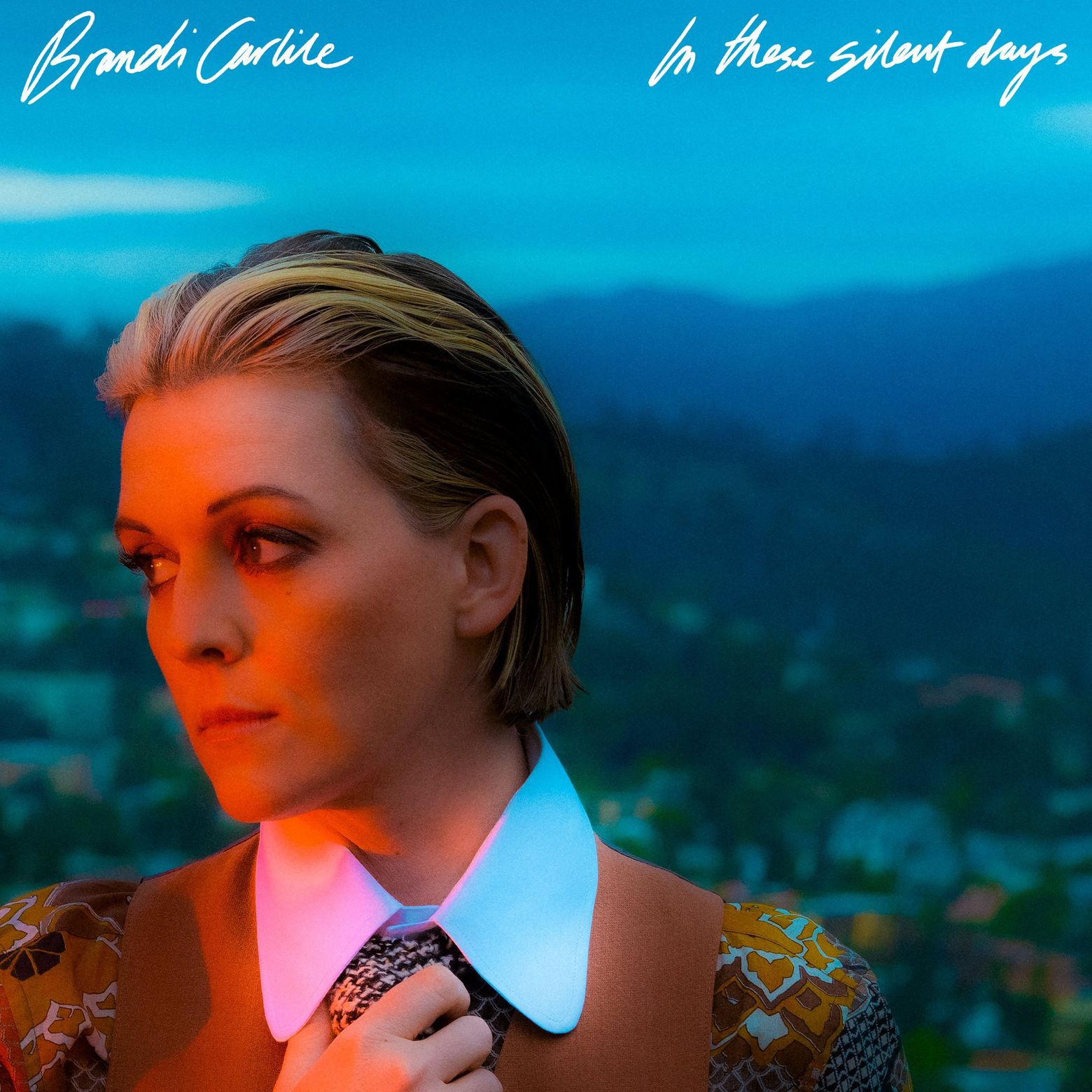 Latest Brandi Carlile LP Is a Harmonious, Human Reminder to Venture On

Brandi Carlile teaches us learned acceptance and resilience via the voice of a generation with In These Silent Days.

My musical alliance with singer-songwriter Brandi Carlile began when a song leapt from an episode of Grey’s Anatomy in 2007. It was called “The Story,” from an album of the same title. It was instantly exhilarating, refreshing and something much awaited on my end. An intoxicating and unabridged approach, it was unlike anything an artist of my generation had yet dared to create. I instantly found it difficult to sidestep the extraordinary voice coming straight at me, with a style of vocal freedom I’d never heard before. Carlile didn’t hide behind anything, certainly not a genre or caution. I thank every higher power, that hasn’t changed.

Three albums later, “The Joke,” was released in 2018 on her Grammy-winning album By The Way, I Forgive You, thrusting Carlile through the glass ceiling and finally the causing the world of modern music to wake the fuck up. The effect of its release was visibly noticeable at the 2019 Grammy Awards, when the audience quickly applauded her mid-performance and began a standing ovation before she even finished playing. It all left the people wanting more. And they got it.

In These Silent Days was crafted with two gentleman Carlile lovingly refers to as “the twins,” brothers Tim and Phil Hanseroth. They are longtime bandmates, collaborators and kindred spirits of Carlile’s. Completed and later recorded in Nashville at RCA’s notable Studio A, the album was produced with Dave Cobb and Shooter Jennings, who both perform on the album. The production value is telling, with the vocals consistently high in the mix with each respective instrument not once buried, something that is unfortunately usually missing these days.

Carlile’s seventh studio album was crafted using inspiration from a stark look back at her life thus far as she wrote her #1 New York Time’s Best Selling memoir Broken Horses. She uses poignant aspects of it all, proving the reasons for a career brought to life by constant fortitude (behind the raw talent). These ten tracks flow effortlessly throughout the Low Country Sound/Elektra Records release, without repetition or duplication in any respect. Carlile made it known that in this album she brought forth a lifelong love affair with certain iconic household names in music (the latter two now dear friends): David Bowie, Freddie Mercury, Elton John and Joni Mitchell. At times there is a reminiscence of them all, an inspiration, more as an ode to them, a “thank you.” Brandi Carlile, however, is front and center. At times, late Beatle George Harrison joins the party during unexpected moments. As the silent guardian angel who unconsciously guides Carlile with sentiments he left behind, they become ones that she seemingly and unknowingly picks up where he left them off, in her own unconventional way. She even merges existing genres so well that a new one has been born and I would be remiss to name it. Each track is an engaging, steady ride throughout a dynamic use of instrumentation: piano (Carlile, Jennings), acoustic and electric guitar (Carlile, Cobb, Phil Hanseroth), strings (Josh Neumann), bass (Tim Hanseroth), organ and synth (Jennings), with percussion and soft drums (Chris Powell) sitting quietly behind it all, setting an unwavering groove.

In These Silent Days is a fierce reminder that Carlile will always be a born storyteller, approaching her lyrics with a fearless honesty. In this most recent effort she expresses both the simplicities and complexities of joy, sadness, love, loss, faith and confidence, finding a sense of acceptance within these experiences. To top it off, more than ever before, Carlile’s voice belts notes dripping with passion and earnesty. She uses her expansive vocal range and remarkable control to flawlessly switch up the melody within the moment.

The album opens with her single “Right On Time,” showing indications of the big, open, unorthodox sounds once used by Harrison in his solo work, where he had a way of deceiving your ears as he merged vocal harmonies with instruments. I’m happy to report that the former name did not once dampen Carlile’s always original approach and arrangements. A piano-ballad with a bone chilling vocal performance, her voice naturally escalates here as it does throughout the album, breaking at all the right times, while changing pitch swiftly alongside her astounding natural vibrato.

“Mama Werewolf” is blunt and beautifully painful, with Carlile explaining the intricacies of parenthood, describing the feelings of a protective, loving and imperfect mother through the metaphor of a werewolf. She also speaks about things going unspoken in life, continuing past moments that go sadly unchanged. She fears becoming unrecognizable. “If my good intentions go runnin’ wild / If I cause you pain, my own sweet child / Won’t you promise me you’ll be the one / My silver bullet in the gun,” she implores her child. It’s a tale of parenthood, both gripping and selfless; a swan song from a mother to her child, a statement that the cycle can be broken in between generations and begin again.

On “Stay Gentle,” she falls into Irish lullaby territory. It’s a cautionary reminder not only to herself and her children but to the world. The one we live in today is split down the middle and frustrated, with a lot of hatred and indifference finding its way into every crevice. So Carlile sincerely tells us all to “Stay gentle / Keep the eyes of a child / Don’t harden your heart / Or your hands,” and “Don’t let the world make you callous / Be ready to laugh / No one’s forgotten about us / There is light on your path.”

From the remarkably well-blended harmonies she shares in “You and Me On The Rock” with Jess Wolfe and Holly Laessig of Lucius, to the use of Carlile’s gentle light and airy vocal range in the powerful “When You’re Wrong,” effortlessly fingerpicking on “This Time Tomorrow,” bringing forth magnetic energy, with rip- roaring spirited vocal shrieks that are her own creation in “Broken Horses” and striking personal honesty in “Letter To My Past,” the entire album doesn’t disappoint or make you want to skip a track, even while she daringly discusses religion in “Sinners, Saints and Fools” much like John Lennon did in 1971 with the world-altering magnitude of “Imagine.” It ends on a gracefully dignified and fervent note with “Throwing Good After Bad,” where she lets her voice break as she shares old wounds.

By taking us through a vast tour of her own existence, during an exceptionally trying time for us all, Brandi Carlile reminds us that the journey of life is both arduous and rewarding. Throughout In These Silent Days she motivates us to be resilient. There is a warranted bright light for everyone at the resolution of each dark path. We just have to be relentless enough to fight the shadows.

IN THESE SILENT DAYS IS OUT TODAY! LISTEN TO IT ON ANY STREAMING PLATFORM OR PURCHASE A PHYSICAL COPY HERE!