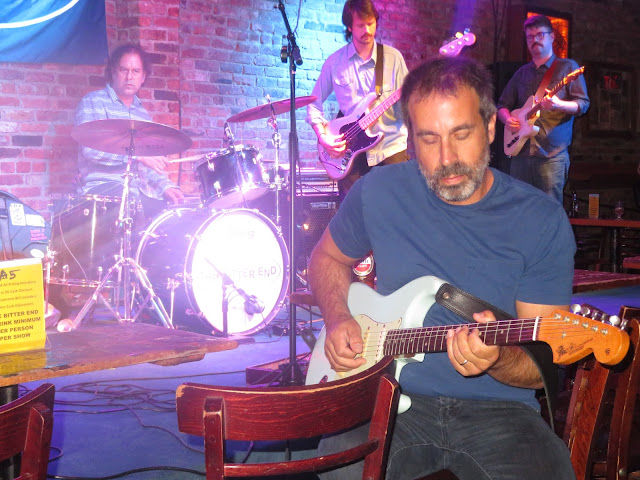 Kolker at the Bitter End on 8/28 / Everynight Charley

New York City inspectors have issued warnings and fines to local businesses since the September 13 implementation of Mayor Bill de Blasio’s Key to NYC vaccination mandate. Inspectors were implementing the mayor’s Key to NYC executive order, promulgated in August, requiring owners and operators at all indoor dining, entertainment and fitness facilities to require customers and employees to present proof of COVID vaccination for entry. The mayor gave authority for inspection to the staff at 13 municipal agencies.

The violations included a failure to present a published COVID-19 safety policy. Indoor establishments are required to develop a written implementation plan that will be available for inspection. This should include how staff will check the vaccination status of staff and customers before or immediately after they enter the business.

“The early results of the Key to NYC inspections are hugely encouraging, and they confirm what we’ve known all along: businesses are ready to keep New Yorkers safe and end this pandemic,” de Blasio spokesman Mitch Schwartz said in a statement.

The mayor’s office implemented the Key to NYC executive order in August, but the mandate purposely was not enforced until September 13. The interim period allowed business owners to inculcate employees on checking customers for proof of vaccination and preparing a written policy that would be available for inspection. Patrons must show a vaccine card, a copy of a vaccine record, or one of two official apps for indoor service at dining, entertainment and fitness facilities.

Vaccinations are not required for outdoor establishments. Venues that have both indoor and outdoor service must relegate those employees and customers without proof of vaccination to the outdoor areas only. They are allowed inside, wearing a mask, for brief periods, like using the bathroom or collecting a take-out meal.

Inspectors can issue a warning for the first offense. The second time a business is caught in violation of the mandate, agents will issue a $1,000 fine. A third infraction comes with a penalty of $2,000 fine. Further violations will cost $5,000 each.

A group of local business owners is attempting to combat the mandate in the local court system. These owners reportedly called the mayor’s executive order an “extortion.”