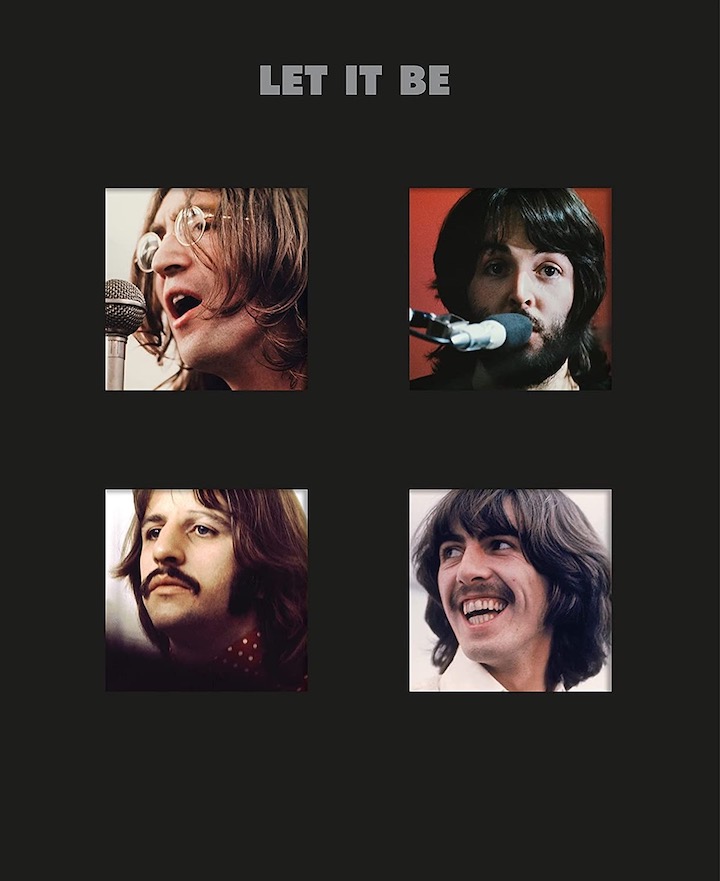 On The Record: The Beatles’ ‘Let It Be’ Special Edition, plus Sean Rowe, Lizard Music, & Mark Rogers

More than half a century after the Beatles’ breakup, the flood of new material continues unabated with the latest in a series of dramatically expanded editions of their classic LPs. In just the past few years, we’ve witnessed the release of box sets devoted to Sgt. Pepper’s Lonely Hearts Club Band, The Beatles (aka The White Album), and Abbey Road. Now comes a special edition of Let It Be, the group’s 12th studio album, which first appeared in May 1970, shortly after the group split up. It was their last regular release, though they mostly recorded it in early 1969, prior to the making of Abbey Road.

Like the earlier boxes, Let It Be is available in several versions, the most lavish of which lives up to its “super deluxe” billing with 57 tracks on five CDs plus a Blu-ray and an oversized, 105-page hardcover book. The book includes a forward by Paul McCartney and an introduction by Beatles producer George Martin’s son Giles, who produced the box’s new mixes. Also here are reminiscences from sound engineer Glyn Johns, an essay on “The Myth and Reality of the Let It Be Sessions” by journalist John Harris, detailed track notes by Beatles historian Kevin Howlett, and more. Previously unseen photos of the band as well as images of handwritten lyrics and assorted other memorabilia illustrate the volume.

The main attraction, though, is of course the music, and it’s well worth hearing. Granted, roughly half of this box consists simply of alternate mixes of previously released material. But some of these mixes vary substantially from the familiar recordings, and the set also includes 27 previously unreleased jams, rehearsal performances, and outtakes.

As for the quality of the music, it’s true that the Beatles made these recordings at a time when they were fracturing, and the original album’s lack of cohesiveness reflects that. (Another reason it doesn’t hang together so well is that it melds live rooftop and basement recordings with polished studio creations.) Moreover, the original release suffers at times from the contributions of Phil Spector, whose embellishments to George Martin’s original production prove less than ideally suited to this project. Finally, while the record includes some classic tracks, such as “Across the Universe,” “Let It Be,” and “Get Back,” there are also a couple that feel like filler.

So, no, the original Let It Be is not the Beatles’ finest moment, but that’s a high bar. The 1970 album does deliver a lot to like, and the “super deluxe” new edition delivers a lot more. Certainly, there’s enough here to substantiate McCartney’s assertion in the accompanying book that “the thrill was still there” when the Fab Four got together to create this material.

The first CD features a new stereo mix by Giles Martin and engineer Sam Okell, the team that also worked on the three other aforementioned boxes. This mix, which evidences subtle but welcome improvements over the one on the 1970 album, can also be heard on the Blu-ray in high-res stereo and DTS-HD Master surround-sound versions.

Discs two and three house material from studio sessions, rehearsals, and jams, including between-song chatter. There are all sorts of delights on these discs – and lots of evidence that the Beatles could still have fun together in the studio. At one point, they offer a revamped snippet from “Please Please Me” after launching into “Let It Be.” At another, they use the Everly Brothers’ “Wake Up Little Susie” to work their way into “I Me Mine.”

Also here are early versions of Abbey Road’s “She Came In through the Bathroom Window,” “Polythene Pam,” “Oh! Darling,” “Something,” and “Octopus’s Garden” as well as a couple of glimpses of upcoming solo work: an unplugged rendition of John Lennon’s “Gimme Some Truth” and an informal reading of George Harrison’s “All Things Must Pass” that differs dramatically from the version that later surfaced as the title cut of his superb solo debut album (which also recently reappeared in a vastly expanded box set).

Disc four features the previously unreleased Get Back album, which Johns put together – reportedly on spec – in the spring of 1969. In marked (and undoubtedly deliberate) contrast to the polished, heavily produced albums that the Beatles had recently released, Get Back features rough early takes, false starts, and between-song banter for a live-in-the-studio ambiance. At one point, a few sloppy choruses of “Save the Last Dance for Me” segue into “Don’t Let Me Down,” a song the Beatles omitted from Let It Be but released as a single in 1969. (Also here but not on the ultimately released LP is a song called “Teddy Boy” that would show up on McCartney’s eponymous solo debut.) The project was shelved while the group recorded Abbey Road; when it was resurrected, it evolved into the much slicker Let It Be.

A brief fifth CD offers new mixes of the single versions of “Don’t Let Me Down” and “Let It Be” as well as 1970 Johns mixes of “I Me Mine” and “Across the Universe.” The latter is a bit more stripped down than the familiar version and arguably just as captivating.

Particularly given the wealth of material in this box, it’s difficult to understand why it does not include Let It Be…Naked, the 2003 alternative mix that strips out most of Phil Spector’s embellishments to deliver a sound that McCartney preferred. (Naked also replaces “Dig It” and “Maggie May” with “Don’t Let Me Down.”) The omission of that edition (and of the mix on the original 1970 album) notwithstanding, however, the new box contains more than enough pleasures to justify its purchase. True, some people might ask, for example, “Do we really need three more takes and mixes of ‘I’ve Got a Feeling’ or five more of ‘Get Back’?” But as any serious Beatles fan will tell you, the answer is “Yes. Yes, we do.”

Sean Rowe, The Darkness Dressed in Colored Lights. If you’re familiar with Greg Brown (and if you’re not, you sure ought to be), his voice is likely the first thing you’ll think of when you hear Sean Rowe, whose sandpapery baritone is at times uncannily reminiscent of Brown’s. But Rowe has his own distinctive personality, and he impresses throughout this sixth solo CD, whose elaborate, moody instrumentation fits well with the passionate vocals and poetic lyrics.

Quite a few of the numbers, such as “Little Death” and “What Are We Now,” seem to be about the end of a romantic relationship, and so you won’t be surprised to learn that there’s a good deal of heartbreak here, but as the album’s title suggests, there’s light as well as darkness. The lyrics incorporate hope and humor and the music, which features bright horns and some upbeat melodies, also suggests an essentially glass-half-full personality.

Lizard Music, Arizone!. While some things ground to a halt during last year’s lockdown, others came back to life. Case in point: a New Jersey-born rock quartet called Lizard Music that formed in 1989 and released two EPs and two LPs before opting to take a break in 1997. That break wound up lasting about a quarter of a century, during which time one of the group’s members joined Wilco while the others worked with acts ranging from Brian Wilson and Cat Power to the Monkees and Badfinger.

Lizard Music reunited last year, and the result is this frequently exciting album, which features lush production, psychedelic touches, a bit of humor, strong melodies, and Beach Boys-worthy vocal harmonies. Probably the best reference point for the CD is latter-period Beatles but there are also moments that may remind you of Squeeze and assorted 1990s new-wave outfits.

Mark Rogers, Rhythm of the Roads. According to a press release, Mark Rogers started his musical career in Los Angeles in 1982 but – ostensibly because his folk-rock was out of step with the then-prevalent synth-pop of the time – his work failed to find an audience. He “retreated back to Virginia” and didn’t begin tiptoeing back to music until around 2015. Rogers issued an EP called Rearranged two years later and an album, Laying It Down, two years after that. Now, after yet another two-year span, we have Rhythm of the Roads, his second full-length LP.

The album, which features consummate acoustic guitar work and engaging, poetic lyrics, profits from a complementary backup band that adds electric guitar, mandocello, keyboards, bass, and percussion. Rogers, who sounds a bit like Marshall Crenshaw and shares some of his musical sensibilities, delivers 10 self-penned numbers that range from the Latin-flavored “Waiting for Maria” and the catchy “Every Once in a While” to the contemplative “Strange Anticipation,” which seems like something Paul Simon might have written. Here’s hoping Rogers is now back in the music business for good.