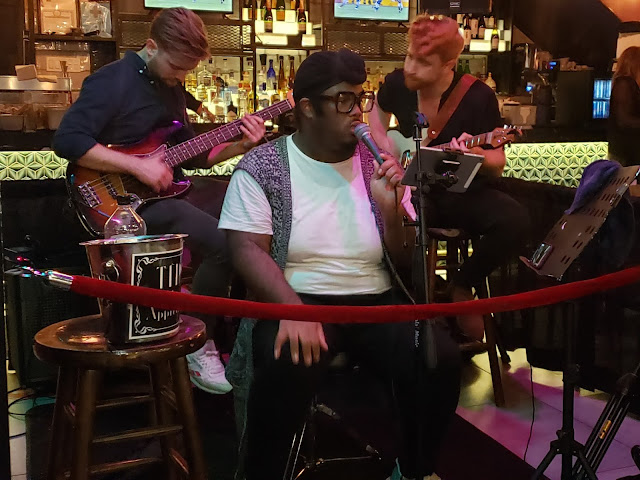 A federal judge today ruled against a lawsuit charging that Mayor Bill de Blasio’s Key to NYC vaccine mandate is racially biased. By doing so, he established a status quo for the mayor’s emergency executive order, promulgated in September. Staff at indoor dining, entertainment and fitness facilities must continue to deny entry to any employee or customer who does not show proof of COVID vaccination. Inspectors from 13 municipal agencies will continue to penalize establishments that do not comply.

The Independent Restaurant Owners Association Rescue, a group of city residents and local business owners represented by Ronald A. Berutti of Weiner Law Group LLP, filed a lawsuit in Brooklyn federal court last month seeking a temporary restraining order that would block what it considers a discriminatory city-wide executive order. The plaintiffs charged that the vaccine mandate disproportionately affects Hispanic and Black residents. They noted that Black and Hispanic New Yorkers have vaccination rates below the city average and so would be barred disproportionately from entering the “covered premises,” as they are called in the executive order.

Lawyers for the city argued in a court filing on October 5 that “the purpose of the Key to NYC program has clearly been stated, to encourage all city residents regardless of race to get vaccinated.”

U.S. District Judge Brian Cogan presided over the case. He held a hearing on October 8 and ruled against the action on October 12. He dismissed the argument, stating that unvaccinated individuals, “regardless of race, religion, or national origin, are treated the same under these emergency executive orders (EEOs)”

“Any African American or Hispanic individual has a right to access a ‘covered premise,’ if that individual has documents showing they are vaccinated,” Cogan wrote in denying a preliminary injunction to halt the Key to NYC program. “The same is true for any other individual in New York City.”

The plaintiffs also argued that the Key to NYC program violates their freedom of religion, freedom of association, and the right to bodily integrity. They charged that requiring businesses to check vaccine status constitutes “involuntary servitude” in violation of the 13th Amendment to the U.S. Constitution. They also claimed that the mayor did not have the authority to issue the mandate.

Cogan rejected those claims as well, detailing that the executive orders are neutral. He elaborated that they are not directed against a specific religious practice and demonstrate no evidence of animus. He ruled that requiring businesses to check vaccine status does not constitute “involuntary servitude” in violation of the 13th Amendment to the U.S. Constitution.

“The emergency executive orders (EEOs) are constitutional because they do not mandate vaccination,” Cogan determined. “They merely place reasonable restrictions on those who choose not to get vaccinated, given the current dynamics of the global pandemic.”

Cogan supported the city’s contention that the mandate intended to restrict “the spread of a disease which has the potential to overwhelm the healthcare system.” His ruling stated that “what the EEOs do temporarily limit, based on public health concerns, is unvaccinated individuals’ ability to enter certain indoor businesses and recreational facilities.”

The Independent Restaurant Owners Association Rescue responded to the judge’s ruling in a statement that “while we are disappointed in today’s ruling, we will shortly file a notice of appeal, and we intend to fight on all the way to the United States Supreme Court.” By process of appeal, the contentious issue will escalate through the court system.

“Restaurants are using vaccine mandates to enforce their racist beliefs and excluding Black patrons,” said Hawk Newsome, the co-founder and chairman of Black Lives Matter Greater New York, according to the New York Times in mid-September. Black Lives Matter protested outside Camine’s restaurant in mid September in response to a reportedly racist refusal of service. A request for proof of vaccination there turned into a melee with arrests.

“We are living in a pandemic mode. We are trying to resolve this crisis by getting vaccinated to help others as well as ourselves not catch it and not spread it if we have been contracted the virus,” Sparkie Martin told The Manhattan Beat after the Brooklyn judge pronounced the ruling. Martin is Black and for decades has promoted concerts by many Black artists in New York City and beyond. “I am a promoter in a social environment where people come to be entertained, gather socially in groups, and risk contracting and spreading a potentially deadly virus to others. I have to protect my audience, musicians and staff members from possibly contracting and spreading it. I have to have restrictions for attending any show that I promote. Mask it or casket.”

About 72% of New Yorkers have had at least one vaccine dose, compared with 48% of Black residents. The total among Hispanics jumped to 63% after government outreach to the community, city health department data show. About 53% of White New Yorkers have at least one shot. The highest rates are for Native Americans and Alaska Natives at 91%, followed by Asians, Native Hawaiians and other Pacific Islanders at 82%.