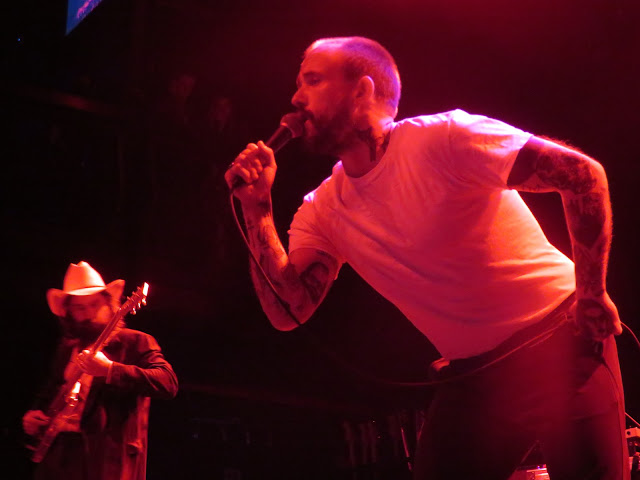 Visa issues have forced the postponement of concerts by Bauhaus at the Kings Theatre in Brooklyn on November 2 and 3. The band’s Peter Murphy posted on his website “Hold on to your tickets as new dates will be announced soon. Tickets originally purchased will be honored for new dates or refunds will be available at point of purchase.”

Securing visas for tours of the United States has always been burdensome, and COVID-era travel restrictions have compounded the challenge. Musicians wishing to perform in the states cannot request a visa unless they can show contracts for booked engagements, but the musicians have no way of knowing if the visas will be secured at all, much less in time to travel and fulfill contractual obligations. The longer delays are causing more cancellations of performances.

“It is with a heavy heart that I have to announce today that despite making every conceivable effort my Swedish crew and I have been denied visas to enter the United States and have to cancel my fall tour,” Kristian Matsson, who performs under the name The Tallest Man on Earth, posted on social media, announcing the cancellation of his fall tour.

Hinds was booked to open a tour for Future Islands starting in September. The Spanish band had to cancel the initial dates and arrived in America in October.

“U.S. government is not giving visas in the embassy in Spain,” the band posted on social media. “Don’t know what else to say. Our mood is on the floor and plans are falling apart. Hope you had a better summer than us. See you soon (?).”

Foreign musicians seeking U.S. visas are facing the same delays that all other foreigners are experiencing. At the start of the COVID pandemic, the U.S. limited travel from many countries to slow the spread of Covid-19. The U.S. granted visas only to visitors qualifying for a National Interest Exception (NIE), essentially those who could prove their work was essential to the U.S. economy. Even so, those applications mounted and staff shortages slowed the processing.

The U.S. government announced on October 15 that it will ease the pandemic-era ban on travelers from 33 countries on November 8. Fully vaccinated visitors from the European Union, Brazil, China, India, Iran, South Africa, and other countries will be admitted. Every air traveler, including U.S. citizens, will need to show a negative COVID-19 test result within 72 hours to board a carrier. This opening will incur more visa applications and may increase the backlog.

Arts groups are calling on the State Department to fast-track visas, according to the New York Times on October 15.