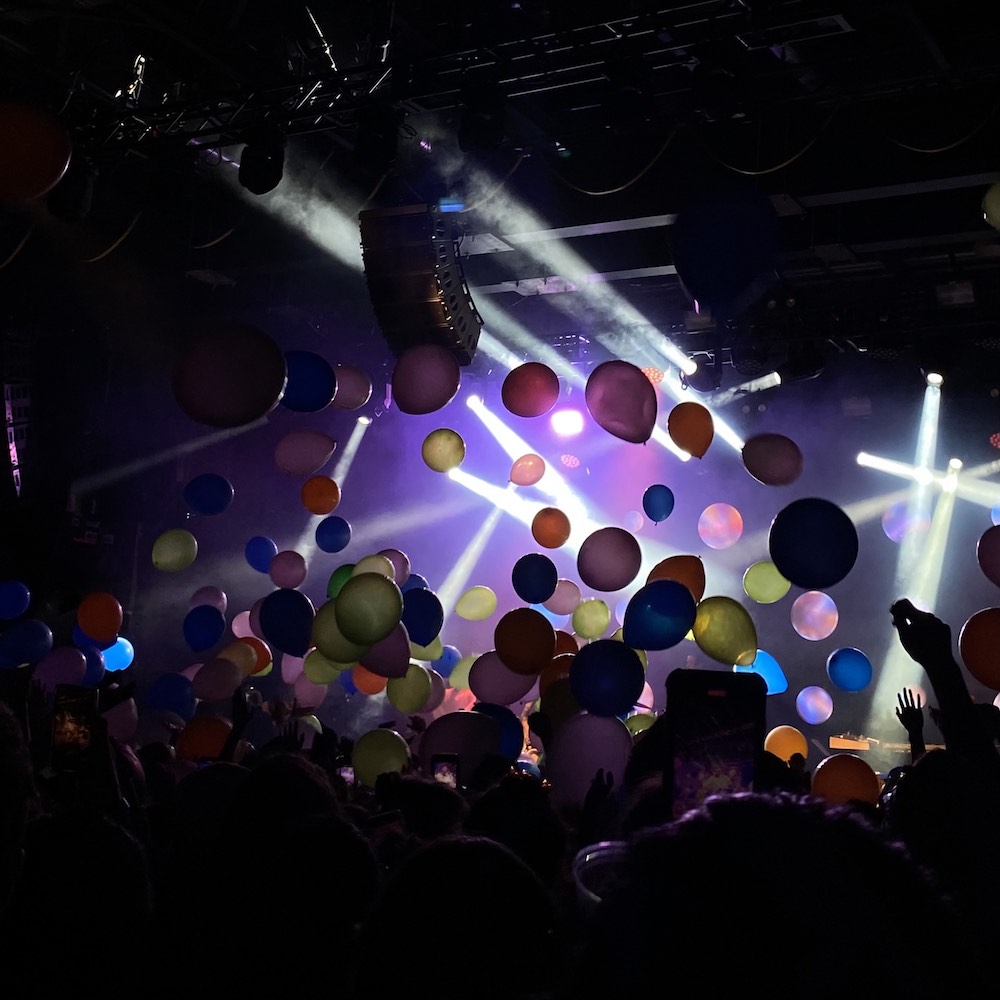 Performing for the fourth night in a row to a sold out crowd at Brooklyn Steel, Japanese Breakfast ended the first run of their big Jubilee tour with a grand display of pure love and joy.

To say there is a sense of kinship at a Japanese Breakfast show is certainly an understatement, with front-woman Michelle Zauner being a beacon to so many, especially within the Asian-American community. The way in which Zauner navigates her life through her music is refreshing and revealing, while giving a commonality for fans to attach to.

Michelle was born in Seoul, South Korea, her mother being Korean and father being Jewish-American. Zauner’s family moved stateside to Eugene, Oregon when she was only nine months old. She would later attend college just outside of Philadelphia, establishing her roots on the East Coast playing with college groups and later gaining traction fronting her band Little Big League. To this day, Japanese Breakfast performs “Boyish” live, a song from said past band.

Japanese Breakfast now calls Brooklyn home, which adds to the refreshing feeling that must come with selling out and performing these sold out shows.

Opening the set was “Paprika,” the first track off of their 2021 album, Jubilee. With Zauner unleashing the full band with the crash of her gong meeting the joyous cheers of the full house of fans. The band then transitions to the first single off the new album, “Be Sweet,” a song with a funky bassline that gets the crowd moving.

The backdrop to the show is a screen of colors and other visuals that is blocked by a wall, with a pattern of different sized port holes to see through, as if we as the crowd are looking through a window into what is only a much grander picture, coalescing with the music of Japanese Breakfast.

Featuring a horn section and violin, the grand orchestration that reoccurs throughout Jubilee translates wonderfully to the live stage. Alongside some of the more bombastic songs, Japanese Breakfast hits the softer sides of their discography, with Zauner showcasing her piano skills on songs like “Ballad 0,” a piece she co-wrote with fellow Brooklynite Ryan Galloway. The band also played a version of the song “Glider,” a song from the soundtrack of a game called Sable, in which Zauner wrote and produced.

The group is exploding with musical talent and every member so clearly wants to be there to perform, including Zauner’s husband, Peter Bradley on guitar and keys. The two have an unmatched chemistry with each other so that every moment they interact is through touching heads while both strumming away on guitar or when at the beginning of the song “Posing for Cars” that the two are on stage alone together creating an emotional and heartwarming atmosphere.

One of the best moments, however, may be when Zauner goes to violinist Molly Germer to jam out with her during the instrumental on the closing song, “Diving Woman.”

Selling out four nights in a row at any venue is no easy task, especially at the end of a long tour across the country spanning two months. However, Japanese Breakfast does it with both style and finesse, proving why they are one of the best bands and one you must see live – especially if you can make it to a hometown show.