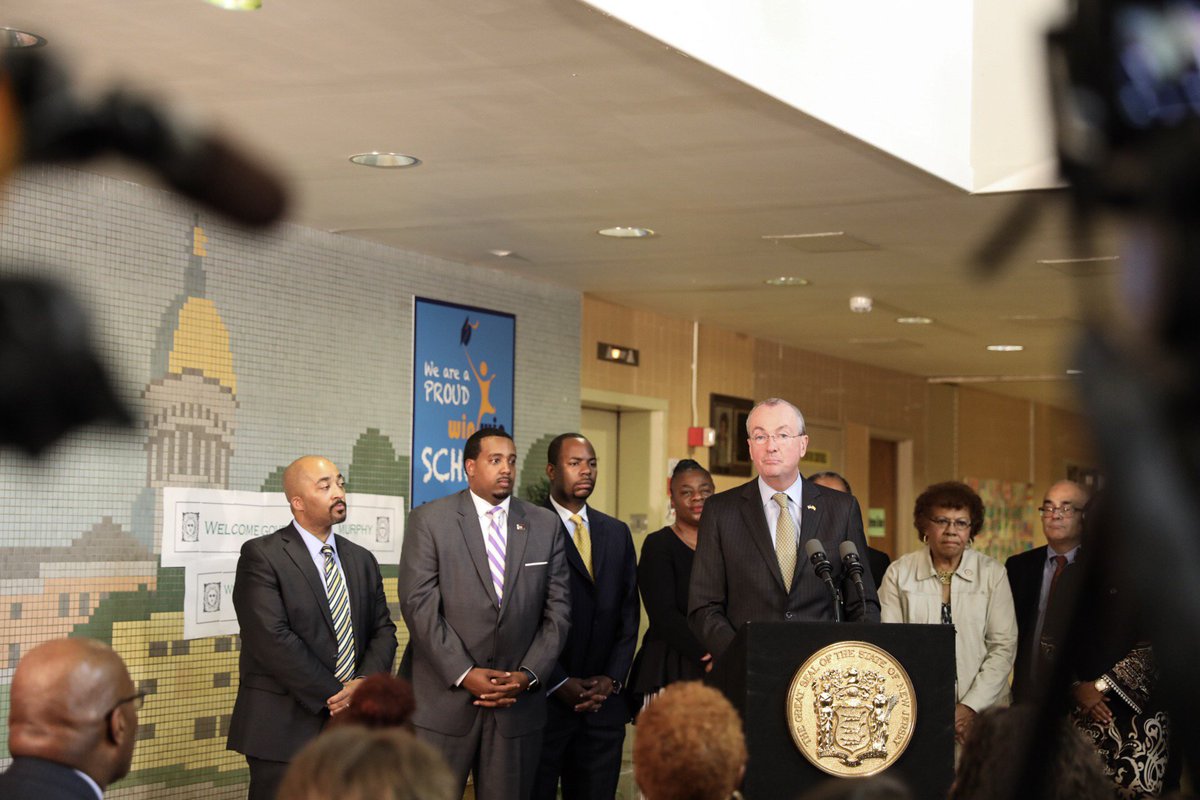 Treason, banning abortion, lean on voting rights, and attack on LGBTQ or not.

New Jersey is not Texas or Alabama, or God forbid Florida. We do not elect religious loons or social puritans. We occasionally get sucked into cults of personality, like with the tough-talking poser Chris Christie, who sold us a guy-next door boondoggle and ended up a spluttering sewage pump. He was a portly fucktard and a total bust as governor. Even a knuckle-dragging celebrity whore like Donald Trump routinely ignored him. This is the free-thinking state. Our stronghold against the national fervor to turn the concept of democracy into a propagandized circus freak-show for hack lawyers, Internet goons, and land rapists. We have open debates on things like corruption here. We know who our criminals are and if we choose to elect them on merit, fine, but eventually we merrily expunge fascists when they reveal themselves. I helped get one of those out of my district, so I know. This is why there is no other choice but to vote for Governor Phil Murphy for a second term.

It is odd to cite “the lesser of two evils” in this case. Murphy has actually been a solid governor. His leadership during the COVID crisis received less press than the shamed and sacked former governor of New York, whose name escapes me at the moment. The other guy, a shameless publicity hound and ego pimp, ultimately did more harm than good. There was a steady hand in this government during the depths of the pandemic of 2020 and beyond. No grandstanding. No panic. No shifting agenda. And, of course, there is the legalization of marijuana, the only reason I touted Murphy’s first run for the seat four years ago. He delivered. Soon we shall see its results on state income, as we have already seen a welcomed plummet in ridiculous drug arrests. Murphy deserves another term.

Yet, this is less a full-throated endorsement for the Democratic candidate as a warning to New Jersey voters about Republican candidate Jack Ciattarelli. The latter is a dangerous gamble with the state’s stand on women’s reproductive rights, a fortification of democratic parameters like voter protection, security for the LGBTQ community in the workplace, and the above-cited measured approach to the COVID pandemic.

Firstly, make no mistake New Jerseyians; Roe v. Wade is on life support nationally. Once this radical right-wing Supreme Court gets ahold of the phalanx of abortion cases coming this year, the matter will be thrown to the states. Nearly 70% of N.J. voters support Governor Murphy’s “Reproductive Freedom Act,” which expands the medical care for women and acts as a stronghold against the inevitable attack on women’s fundamental control over their bodies from federal government interference – a Don’t Tread on Me concept that has escaped those who wave that particular flag. Don’t get me started on the misuse of symbolic laundry. I have fought on that hill too many times to recall.

Nonetheless, women’s rights are in serious peril in the wake of a Ciattarelli administration. A source inside the campaign was quite open with me about the candidate’s Right to Life stance – a politically correct phrase for “Open Your Legs and Let the Statehouse In.” It is the most crucial issue facing the state, especially, again, with the imminent striking down of Roe v. Wade in the Supreme Court.

The source also confirmed that although Ciattarelli has tried to distance himself from the treason-wing of his party, he not only attended a Stop the Steal event this past year, later claiming ignorance of the thing, which should make you stop for a moment and consider his mental faculties, but he also spoke at a Pro-Trump rally, boasting a roll back in the state’s current LGBTQ curriculum and pledging to wipe out mask mandates for schools. So, in a way, he is a Right to Life candidate who is ok with killing kids already out of the womb. This is a problem for me. I have one of those “out of the womb” kids. I like having her around. And Jack Ciattarelli is not allowing the state government to endanger her, so he can appeal to the zombies at OAN.

Make no mistake, a vote for Jack Ciattarelli means a total overhaul in our voting system, pulling polling stations out of Black neighborhoods and implementing all these useless and anti-Democratic, anti-voting laws the other fascists are signing into law in Republican-controlled states across the fruited plain. Do you want partisan flunkies overturning your vote to give an election to the loser? That’s a thing right now – states handing over the power for government employees to blithely overturn the will of the people. Jack Ciattarelli supports this. Loudly. Boldly.

Ciattarelli’s act may play well in goober states, but here his policies and beliefs are sadly atavistic, so he has predictably leaned heavy these past weeks on the Lower Taxes bullshit. Let me ask you, because I know the answer, I’ve been living in this state since late 2001; did your taxes go down over the two Chris Christie terms? No, they did not. So, if you are going to toss out democracy, habeas corpus rights, the protection of the socially persecuted, and put your kids in danger, shouldn’t you at least pay a little less money to the state? But you won’t. Not a dime. In fact, like with Christie, your taxes will go up, and they will continue to go up if this puritanical crackpot gets in office and turns the thing into the latest Republican shit-show.

That is the nut, isn’t it? As my friend Doc Buzz once mused so presciently about all-things politics, “Who’s kidding who?” Ciattarelli is a Republican, and until further notice, this is the party of Trump. Trump is a treasonous criminal who should have been dragged from that podium on January 6 and tried on sedition charges instead of ending up shuffling his fat carcass around Mar-a-Lago speed-injecting acetaminophen and pissing on women dressed like his mother.

New Jersey is not Mar-a-Lago. There is a scourge across this land and we need a defense against dangerous idiocy.