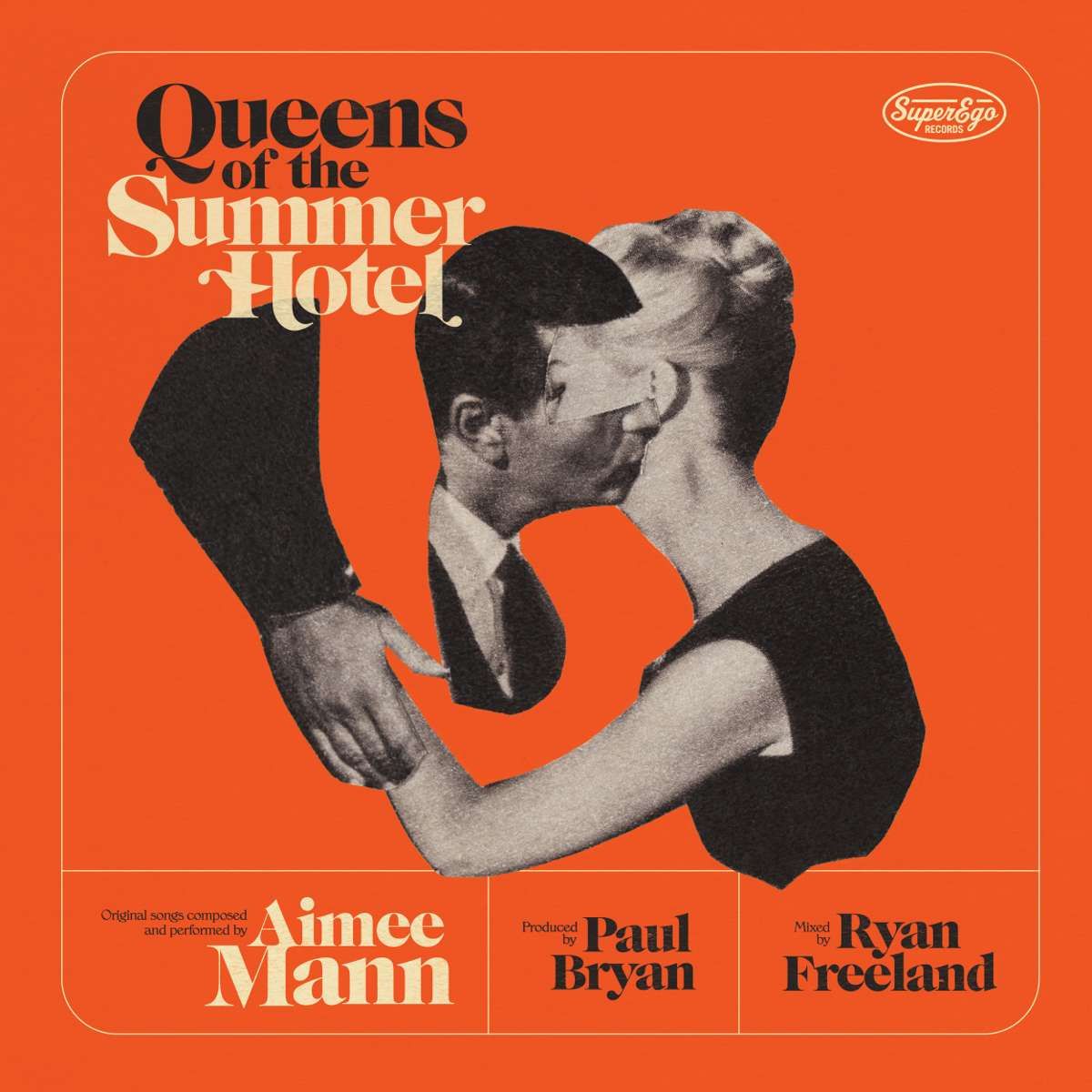 Poetry, in its more pure form, can be turned on its head to fit a variety of mediums, whether it be an full-length album, the score of a film, or the soundtrack to a real person’s life.

Kaysen’s book chronicles her 18-months at the McLean Hospital in Massachusetts during the 1960s. McLean has become notable for its roster of star-studded clientele including musicians like James Taylor and Ray Charles. In her 1993 memoir, Kaysen recounts her experience within the hospital’s “village.” The book was adapted to a film in 1999 and it starred Winonoa Ryder as Kaysen. Angelina Jolie, the late Brittany Murphy, and Vanessa Redgrave were also cast in starring roles. In 2018, Mann was tapped to write the music for the stage version. Pandemic related delays set back the album’s release, a release worth the wait!

Paul Bryan, Mann’s musical collaborator, arranged the orchestral instrumentation on Queens of The Summer Hotel. Whether the sound is booming and densely layered or paired back and sparse, it’s always smart. Tonally, Queens shifts. In moments it channels the plucky levity of popular fifties and early sixties music. While at other times, the rich full band experience carries Mann’s incisive lyrics into broodier territories.

“You Fall” kicks off the album by pushing listeners down into a psychic well. “You’re strong but lord who’s really that tough? / You’re not made of such unbreakable stuff / So, you fall,” recalls a narrator losing herself to (an internal) breakdown. The lyrics offer a meta experience of primping, slamming booze, and ruminating while readying the narrator for her date. Multifaceted stories like this continue to play out in under five minutes.

Take “Robert Lowell and Sylvia Plath” for example, in just three minutes and 13 seconds this ditty manages to submerge listeners into a disassociated state of consciousness. Masterfully, Mann calls on two acclaimed poets – and former McLean patients – to communicate the complex idea of doubling, “Robert Lowell and Sylvia Plath / We walk together down a primrose path / Side by side and each by each / You watch yourself until you’re out of reach / Now you’re split in two / And each side still isn’t you.” And as impressive is the clarity and unflinching way she takes on the viscerally affecting.

“Burn it Out,” “Suicide is Murder,” and “In Mexico” are the rawest obsessions around self-harm on Queens. None of the album is shy or illusive, but these songs are notably bold. With a poet’s grace and sensitivity Mann neither glorifies nor masks the gruesomeness of self-inflicted harm. She delves straight into burning, cutting, freezing, jumping, or injecting without a fleck of judgement. Perhaps a knowing nod from Mann back at Kaysen.

Girl, Interrupted has been called episodic and disparate. Without any knowledge it (the film or book), songs like “At the Frick Museum,” “Give Me Fifteen,” “Home by Now,” and “Checks” might seem idiosyncratic. Tunes like “Little Chameleon” are conceptually straightforward, by contrast. These others call for attentive listening. They explore the perspectives of doctors, staff, and patients without references to particulars of time or space.

“Give Me Fifteen,” for example, imagines a male doctor’s sexist disinterest toward his female patients. “I’ll evaluate a lady at a glance” and “Women who complain about the time they’re seen / Sing a different tune when they’re on Thorazine / So give me fifteen” encapsulate an all too familiar sounding sentiment, but it’s simultaneously mysterious and intriguing. Listeners wonder who this doctor may have been? Or whether it was Kaysen who experienced this assessment firsthand. Without knowledge of Girl, Interrupted I wonder how integrated a doctor’s perspective sounds to listeners.

“Little Chameleon,” “You’re Lost,” and “You Don’t Have the Room” probe at feelings of alienation, hopelessness, and generalized malaise. These are some of the most relatable tracks in their directness. Queens situates a spectrum of emotional and physical feelings under a microscope for listeners to inspect. Mann’s vigilance doesn’t allow even the tiniest, unsettling thought to creep away without inspection.

A fact that plays out in the album’s hopeful closing tune, “I See You.” It manages to acknowledge and validate all the manifestations of despair explored across the album. “I See You” is a spotlight on the realist, grimmest, darkest moments of mental struggle. It’s the light at the end of the dark tunnel, and it’s exactly what listeners need as they emerge at the other end of this musical accomplishment. Vocalization, instrumentation, and storytelling on Queens of The Summer Hotel give Kaysen’s work a fresh perspective. They also make this album one hell of an addicting listen.

AIMEE MANN’S BRAND NEW ALBUM, QUEENS OF THE SUMMER HOTEL, IS OUT FRIDAY, 11/5, WHEREVER YOU LISTEN TO MUSIC!