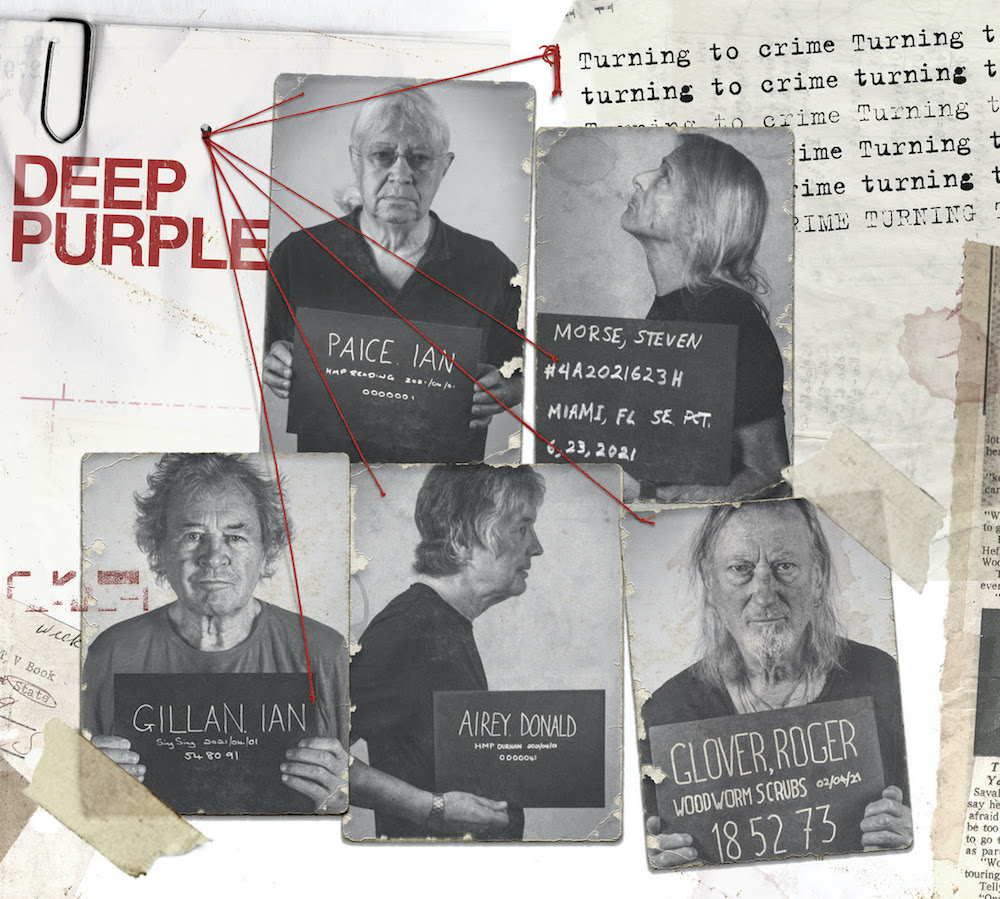 If you’ve ever planned on hosting a backyard hoedown and wanted to book live music for it, don’t be surprised if people start suggesting Deep Purple after this new album of theirs comes out on Friday.

Rock and roll legends Deep Purple have returned with their 22nd album, Turning to Crime, releasing on November 26. Produced by Bob Ezrin and distributed by earMUSIC, this collection is composed entirely of eclectic tributes to the fifties, sixties, and seventies.

Formed in London in 1968, Deep Purple is one of the pioneering bands of hard rock. They received a Top 10 hit with “Hush” in 1968, which rose to No. 4 on the Billboard Top 100. In December 1971, while on tour with Frank Zappa, a fire broke out from a fan’s flare gun in the venue they were performing and burned the casino down. However, the band and The Mothers persisted, finding a hotel, throwing up some lights and mattresses, and continued the show. This story would lead them to write “Smoke on the Water,” their biggest hit and the song many aspiring guitarists, like myself, started with. The Guinness Book of World Records named them the Loudest Band in the World in 1972 after three audience members passed out from 117dB noise. That record has since been broken, but for a time, Deep Purple were the reigning champs of ear-ringing. From there, their legacy was solidified. Deep Purple was deservingly inducted into the Rock & Roll Hall of Fame in 2016.

To kick off the album, “7 and 7 Is” starts with a frenzy of guitar and drums. This rendition is originally by 1960s psychedelic underdogs Love, but DP offers a rowdy take on the Arthur Lee track with certified guitar shredding and keyboard whooshes. The next genre Deep Purple experiments with is boogie-woogie, covering Huey “Piano” Smith’s 1957 minor hit. An usual pick, but it works. Morse’s guitar paired with Airey’s keyboard flourishes provide an updated version of this sock hop bop.

“Oh Well,” originally written and performed by an early Fleetwood Mac is a rousing tribute to late guitarist Peter Green who passed away last summer. The peak of this song is the arpeggio Morse does between verses. Another shining moment is the use of the funeral bell with Morse’s sentimental finale solo. Following that is “Jenny Take a Ride,” a Mitch Ryder cover. This song was recently featured on the soundtrack to Quentin Tarantino’s Once Upon a Time in… Hollywood. While the intro is sharp, the keyboard solo around the three minute mark comes as an unpleasant video game score – a little circus-y. After that, the track finishes strong thanks to Gillan’s vocals and Paice’s drums. The Ians save the day.

The Bob Dylan sung, Leon Russell produced song “Watching the River Flow” is the next target for revamping. Gillan’s Dylan impression is spot on, but he still remains true to himself. The band chose a speedier version that leans more country than Dylan’s bluesier original. Airey redeems himself with his sustained solos and outro, while Morse tries his hand at slide guitar. Sticking with country exploration, Deep Purple also plays the Little Feat classic “Dixie Chicken,” and they do it well. So well in fact, perhaps there may be a future show at the Grand Ole’ Opry.

Venturing into the blues, the band does a Sam Butera and the Witnesses song and also a Yardbirds track with “Let the Good Times Roll” and “Shapes of Things,” respectively. On both tracks, Deep Purple is unrecognizable. They sound like a veteran blues-band with masterful arrangements.

Another strange choice on this album: Johnny Horton’s “The Battle New Orleans,” a western fiddle tune that has been covered numerous times. A cheery dixieland version featuring accordion and chimes, the band sings harmonies while Glover adds a rhythmic thumping bass groove. I wouldn’t suspect Deep Purple to ever be playing a banjo-y fiddle-based song from 1959, but it sure is fun. Similarly, the succeeding track is a Bob Seger deepcut, “Lucifer.” With screaming notes from Morse, a nostalgic keyboard solo from Machine Head days, and the capability from the band to venture outside their comfort zone, this one will have you cruisin’ down the highway with the top down.

The last two tracks are the biggest surprises on this album. Cream’s “White Room” is a very lofty aspiration, but everything flows well enough. Gillan’s voice is a little insipid, but for a musician who has been singing for almost 50 years, we can’t fault him. Morse plays Clapton well, Glover does Jack Bruce justice, and Paice bangs his drums in true Ginger Baker fashion.

The finale to this album is entitled “Caught in the Act;” a medley of several compelling songs: “Going Down” by Freddie King, “Green Onions” by the Booker T and The M.G.s, “Hot ‘Lanta” by The Allman Brothers Band, “Dazed and Confused” by contemporary Led Zeppelin, and “Gimme Some Lovin’” by the Spencer Davis Group. These five songs create the best Deep Purple performance I’ve heard in recent years. They seamlessly blend those five songs and their respective genres into nearly an eight-minute jam with diligence. I especially love “Green Onions” into “Hot ‘Lanta,” because, man, they do Skydog well.

Turning to Crime is a delightful tribute to friends, contemporaries, and the songs that raised the members of Deep Purple. It’s an adventurous journey into the artists they emerged alongside and might have even shared a stage with, and is a sincerely appreciated return. The tracklist may be varied, but Deep Purple reminds us that rock and roll will never die.

DEEP PURPLE’S NEW ALBUM, TURNING TO CRIME, IS AVAILABLE THIS FRIDAY, NOVEMBER 26, WHEREVER YOU LISTEN TO MUSIC!