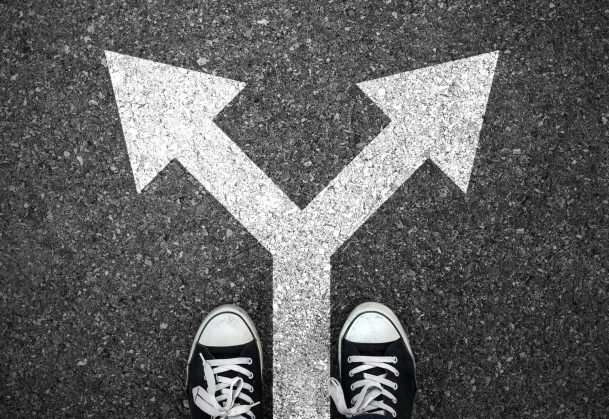 How candidates use, and may use, SCOTUS decision on Roe v Wade:

The most important Supreme Court hearings on women’s reproductive rights since the 1973 Roe v Wade decision to legalize abortion under the U.S. Constitution’s Fourteenth Amendment, specifically its Due Process Clause, providing the sacrosanct “right to privacy” to all citizens, male and female, is underway. A decision is expected this summer, and with the current ultra-right court, packed with three new judges that have a written and judicial history of opposing the law, it appears its current legal status is in jeopardy. The new controversial Mississippi law seeks to lower the abortion timeframe to fifteen weeks that pro-choice advocates claim will further roll back the rights of women against government interference to control what happens inside their bodies. The pro-life argument is that it protects a fetus at that point in the pregnancy, which new scientistic evidence points to its viability to survive outside the mother.

To reiterate what I have always written here, I support all American’s Fourteen Amendment rights, as all Americans should. Many who cry about the government’s mandates on vaccines (“My body my choice”), have filched the pro-choice rallying cry as their own while simultaneously supporting overturning Roe v Wade. This is precisely why Senate Republicans played fast and loose with denying then President Obama a vote on his pick to replace the late conservative justice Antonin Scalia with ten months to go before the 2016 election and then with only six weeks to go before the 2020 election, rammed through a replacement for staunch defender of Roe v Wade, Justice Ruth Bader Ginsberg with a known anti-Roe candidate.

Abortion has always been ancillary political chum, but make no mistake, it is fully engaged in the construct now, and this will be a cut-and-dry political decision for this court. It wants to make it about constitutional law, but since 1973 Roe v Wade has been considered – over hundreds of challenges – to be “settled law”. So, like the whole flip-flop Republican maneuvers to stack this court with changing philosophies, this is now fully about politics.

The abortion debate has moved away from the 1980s into the nineties’ “third-rail” framing of political gold for Republicans, used to great effect in every local and national election for this century thus far. The slow, methodical building of local and appellate judges and the ignoring of the high crimes of the former president to remake the high court is evidence that this is now, by consequence, a fully engaged and shamelessly political issue on the table for Democrats should the expected ruling come down this summer.

According to recent polling, there is anywhere between 65% to 75% of Americans who want no part of the government dictating what goes on in a citizen’s body. This is far higher than pro-gun number (also a Republican winner at the voting booth for decades), as nearly seven out of 10 Americans want stricter gun laws. I have been consistent in my argument for the First Amendment, and therefore reluctantly support the Second Amendment on the merits of the slightest restructure of those rights as a slippery slope to government control over our constitutional heritage – and this is where I fall on abortion. It is not a moral or political decision for me. It is law and the spirit of the U.S. Constitution to protect our rights to not be invaded by a social, political, or governing institution. I believe every American should support this, but most conservatives are goofy with this issue and just chuck the whole “Don’t Tread on Me” edict. They want their guns and not adhere to health mandates but go nuts on a woman’s uterus. It breaks the hypocrisy charts, and it should not be.

Back to politics, where abortion has been mostly a winner for Republicans. It is not the main reason for hanging onto their shrinking support on most issues at the polls, but it helps. Religious support for Republicans during the Reagan Era shifted this paradigm. One wonders in the wake of this decision if the Biden Era will be seen as a new rallying cry for pro-choice activists once their rights have been so radically impinged.

I wholly support expanding the Supreme Court, blowing up the filibuster, and/or passing state laws here in New Jersey to protect women’s reproductive rights. I think it is as important as the Civil Rights issue, and later, for me, marriage equality. These are all dramatic political plays with major risks, but this issue calls for the kind of sweeping actions Republicans pulled in 2016 and 2020 to stack the SCOTUS with anti-Roe judges in the first place.

The Democrats are poised to take a serious beating in 2022. President Biden’s approval numbers are nearly at Trump-level tanking. Note: If there is a presidential poll that puts you in a discussion with Trump, it is time to panic. Inflation is real and it is going to get worse before it gets better. Oil prices are rising as new COVID variants pop up. This whole new “Parents Rights” stuff, of which helped secure a Republican gubernatorial victory in a mostly blue state, is happening. There are some months to go, and things swing so quickly in this political climate, it is hard to predict six months out, never mind a year. Half a year ago, Biden had a 53% approval rating; the highest for a president since the first months of the Obama presidency 13 long years ago. It hovers dangerously at 42%. Considering mid-term history, the massive redistricting going on right now, and the draconian anti-democratic laws being crafted in the wake of the Big Lie in Republican-run states, Dems are in electoral peril.

But… introduce this disastrous SCOTUS decision, and there is your wild card. Does the left have any chance to exploit abortion rights the way the right exploited wiping them out? Can this be, in essence, the passing of the Affordable Care Act kind of political wind shift that kick-started the right-wing Tea Party movement of 2010 this time galvanizing liberals and independents?

Let’s face reality here: the House is toast for Democrats, where redistricting tips the scales considerably, but the Senate is different, and in the wake of a Roe v Wade gutting, could rile up the independent vote (staunchly pro-Roe v Wade) and the vacillating suburban women vote that wilted for Hillary Clinton in 2016, but came out in droves to sink Donald Trump last year. It is, after all, the Senate that approves future federal judges; something Republicans have used as a craven cudgel to remake minority ideologies a force. It is political viper Mitch McConnell’s greatest or saddest legacy.

The SCOTUS decision, the final victory for the right’s decades-old fight to essentially end national abortion rights is upon us. It is as political as any decision in my lifetime for the high court, and it may be a powerful political pendulum that could swing the other way.