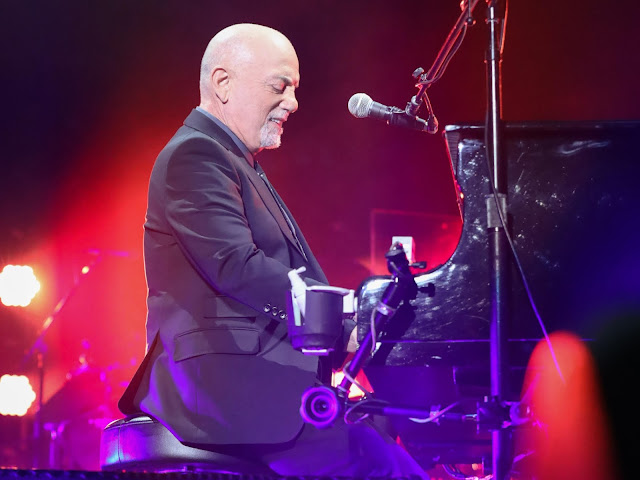 Myrna Suarez via The Manhattan Beat

Billy Joel performed heroically last night as he continued his historic residency at Madison Square Garden. In order to make that concert happen, Joel’s team attested that they took every precaution necessary, with strict COVID protocols in place. All in the touring party were tested on site and masked at all times. The facility’s management also required all employees and attendees show proof of vaccination in order to enter the building. Judging by the large number of tickets available on the sidewalk outside the venue before show time, however, many fans considered the rapidly escalating COVID infection rate in New York City and forfeited the concert.

After announcing earlier in the day on Sunday that effective immediately ticket-holders needed to be vaccinated and also present proof of a negative COVID test, City Winery NYC’s sold out Los Lobos concert was approximately half-filled, according to one industry insider. Los Lobos’ subsequent Monday and Tuesday concerts were canceled yesterday afternoon. In addition, David Broza’s concert scheduled there for December 23 has been postponed to an unspecified date.

Hundreds of live music fans in New York City will have to make alternate plans tonight also. Tonight’s canceled shows include LCD Soundsystem at Brooklyn Steel, Nothing at Saint Vitus Bar, People of Earth at drom, and Mona’s Hot Four at Mona’s.

Various downtown music venues have announced closings lasting several days. Mercury Lounge has postponed both early and late shows tonight and tomorrow night. The Bitter End and the Bowery Electrichave closed and all scheduled performances are canceled until December 26. Rockwood Music Hall has closed and all shows are canceled until December 28.All live performances scheduled at the Ear Inn this week are canceled, including the Back Alley Dolls on December 22. The Hard Swallow will be closed all week, canceling tonight’s blanket collection for the homeless featuring performances by Anne Husick, Patti Rothberg, Rew Starr, Val Kinzler, and Burning Plastic. Otto’s Shrunken Head closed after its holiday party on Sunday, thus canceling all concerts, including the Susquehanna Industrial Tool & Die Co. show on December 23; the bar will reopen on January 5.

Looking later into this week, Irving Plaza announced that The Sleeping concert scheduled for December 23rd has been rescheduled to June 4. The Phil Gammage Quartet has postponed its December 23 performance at the 11th St. Bar. Berlin will not showcase Moonunitt on December 23; the club’s next show will be on December 30.

Perhaps expecting that the current spike in COVID spread will be more manageable in the new year, virtually all concert promoters and music club operators continue booking shows for 2022.

TO READ THE FULL ARTICLE BY EVERYNIGHT CHARLEY, CLICK HERE!